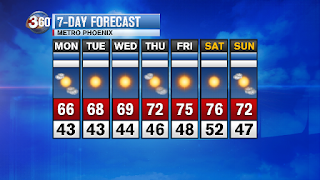 Have I ever said how much I dislike Arizona? Well, I do. Especially when it's 76 degrees in January. Now, don't get me wrong...I don't want to be living in NYC where everything shut down because of the snow, but I also don't want to be living where it's 76 degrees in effing January! This is supposed to be WINTER. Arizona is not south of the Equator so we're supposed to be having Winter with the reson of the US. 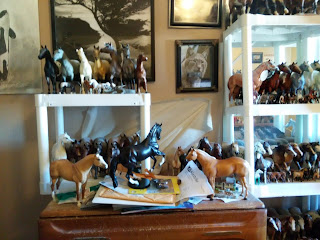 I kept meaning to get more shelves so I could put the ones on my dresser in a more sturdy spot and I wouldn't have to worry about accidentally knocking one down when I tried to get into my dresser. Finally, I bought some more shelves at WalMart yesterday. For awhile, my room looking like a tornado had hit it...a Horsenado, if you will 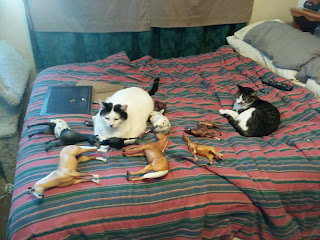 I had horses loose all over the place 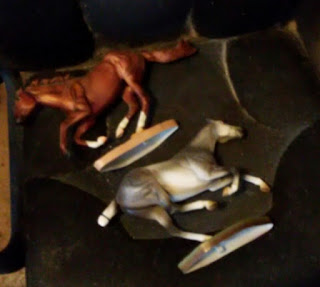 One of them even became a temporary pillow for my cat Temecula... 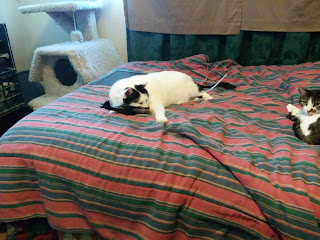 Initially I was concerned for the horse's safety because Temecula has been known to chew on the tips of horses, but he seemed content with just lying on it so I didn't disturb them.

My mini-project isn't completely done, but I will share a picture when it is.