No, I'm not just counting randomly...that's the date today. 12-13-14. Pretty cool, huh? That doesn't happen very often and since there is no 13th month, it'll be awhile until it happens again.

So, I was reading the Secret Santa Thank You thread on Blab and saw something that made me pause and say "what?" 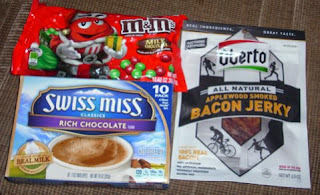 How did I NOT know about Bacon Jerky? I'm going to have to see if I can find it. Surely it's gotta be yummy. Most stuff with bacon is. Have you ever had Bacon Chocolate Chip Cookies?  Total yum.  I wasn't  sure  I'd  like  them, but they were quite tasty.  Swiss Miss is pretty good as well, but I'll  pass on the M&Ms.  It's  been  really  neat  seeing  what people have been getting in their Secret Santa boxes...There are a lot of generous Blabbers out there.  I almost signed up for it this year, but ended up not doing it.  Just as well.  Money is a little tight right now and I   would  feel  bad  not being able to be as generous as I would like.

Also on Blab...an on-going thread about the 2015 Breyer line-up.  The thread started out asking if there was any news on the new releases and has now progressed to "oooh, I need this one and that one and..."  All of the new models haven't  been  released yet, so there's  still more to come.  Hopefully some neat Stablemates...specifically the new molds introduced during the 2013 Breyerfest.  In addition to new models, there's  some  new tack items I'm  super excited about, designed by Jennifer Buxton, who is also a Blabber.  She told us yesterday they were her designs.  Anyway, here are some of my favorites that I  will need to get.  All photos are from MPV, an online site based in Germany, I  think 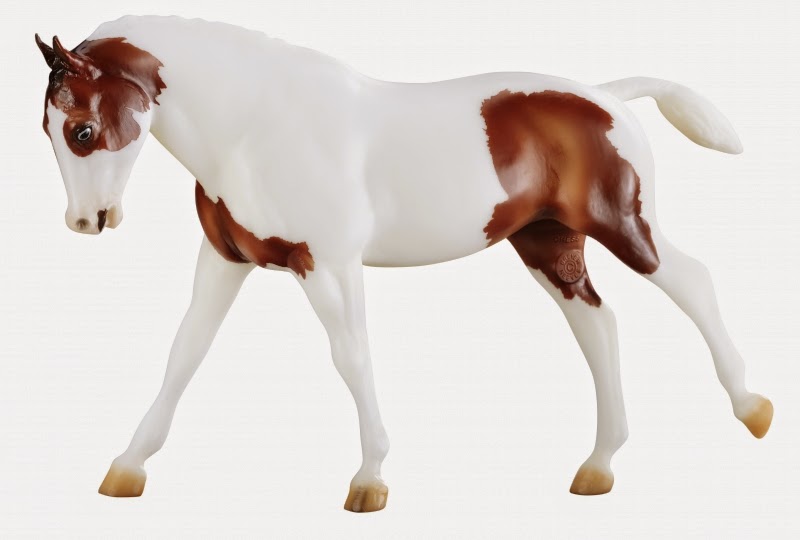 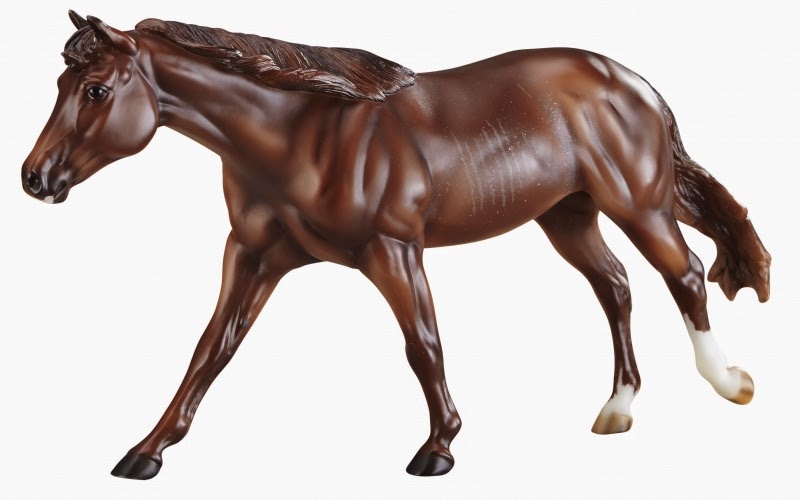 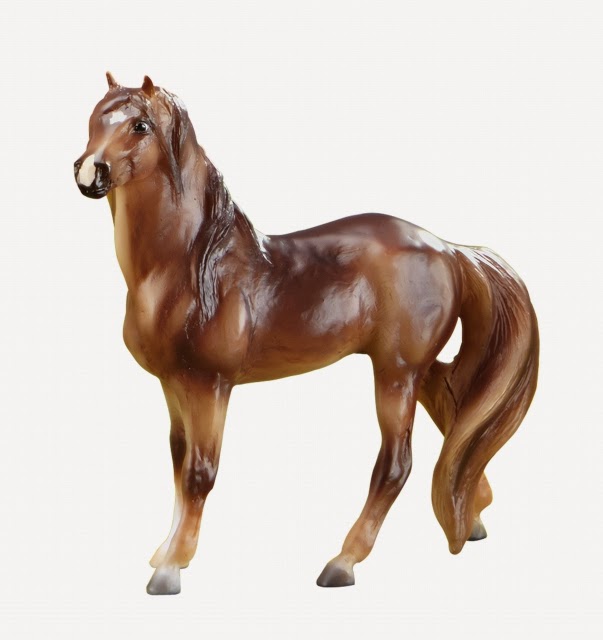 I don't  tend to collect Classics, but I  have a Mesteno that would look good having a chestnut friend.  I'm  not  totally sold on tje rabicano Roxy in the middle, I'll  have  to  see it in person first, but the CWP is almost a given. 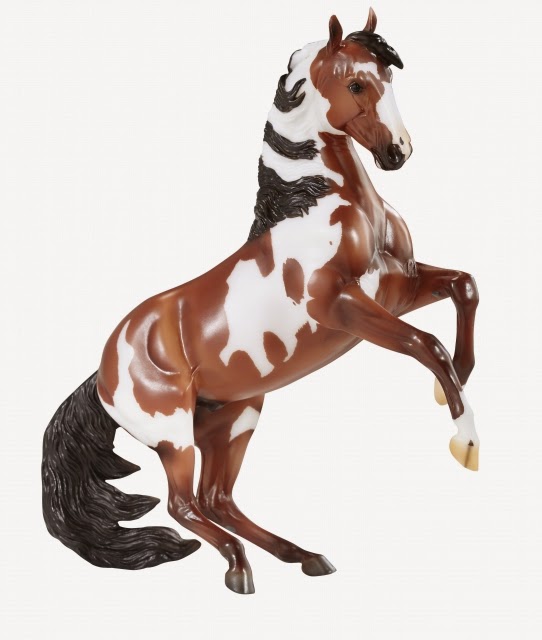 The general consensus  is that it's  a beautiful model, but they should have used a different mold.  Smart Chic Olena was a favorite choice for many, but I'm  glad they didn't  use it.  Besides, I  don't  think  it  would've  fit her 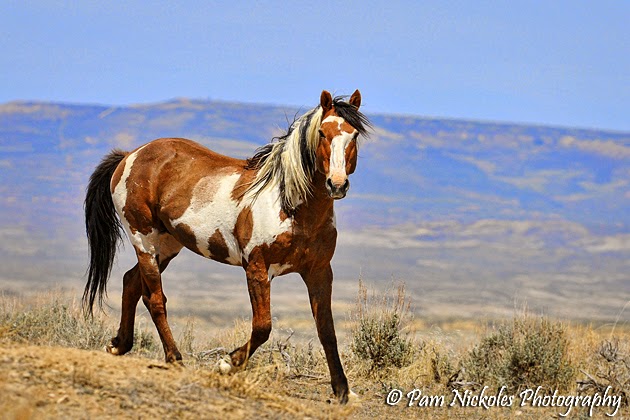 They are also releasing a new rider doll that I  may have to get...

Especially if I  get  the  matching pony and tack set 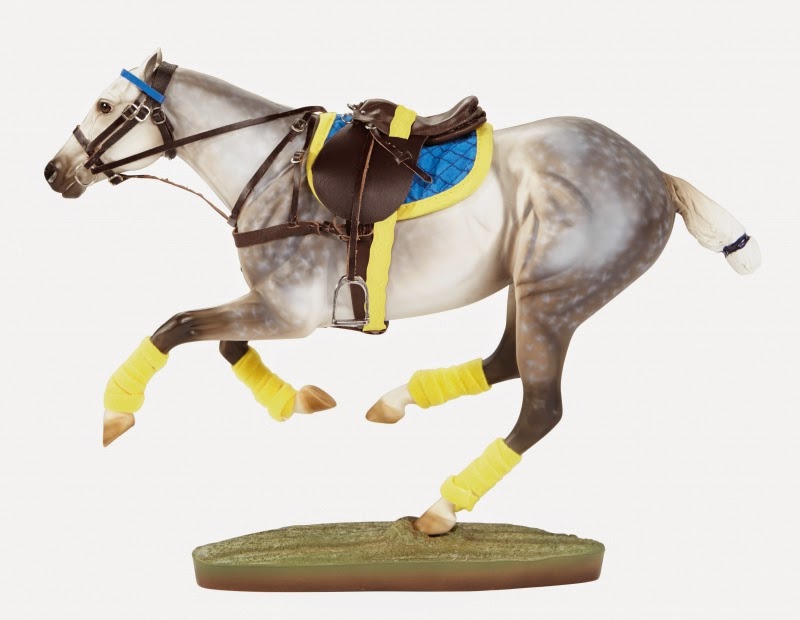 The tack is so wonderfully designed.  I hope Breyer is able to do justice to Jennifer's design in mass production.

The last one that is available that I  want would be a step outside my normal collection focus, but who wouldn't  love this guy? 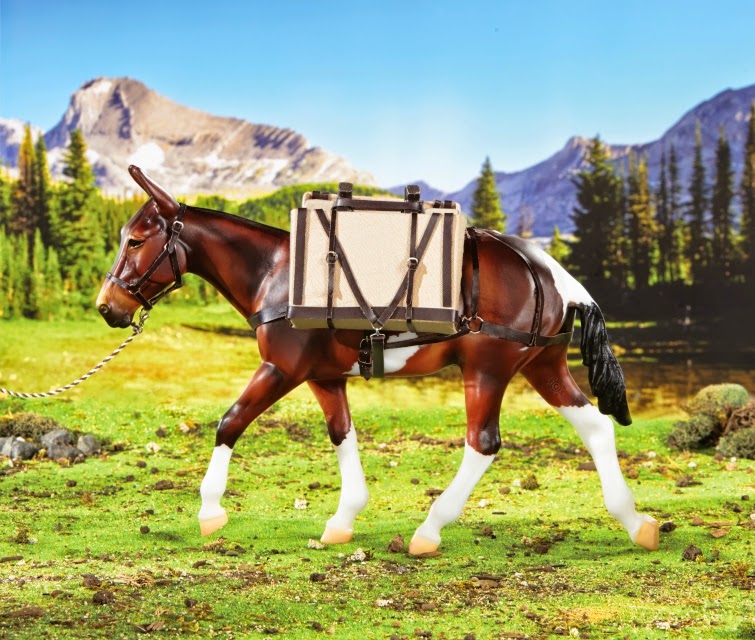 And, of course, I'd  have  to  get  the pack set to go with it.  Jennifer, I  know  you  visit my blog now and then and I  know  I've  said it on Blab, but well-done.  You should be proud of yourself for these pieces.  You are very talented and it's  awesome that Breyer is contracting you to design tack for them.  Keep up the good work!

On Thursday  I  had the day  off.  Friday, too, but I  didn't  do anything interesting.  An old friend was in town from southern Utah and I  took the 2 days off to spend some time with her, but things got a little tense between us in the days leading up to her visit.  I  found out by seeing it on Facebook  that she had a new girlfriend and it led to some hurt feelings on my part.  We've  known each other since the 3rd grade and I  was  hurt that  she would have so little regard for my feelings that she wouldn't  tell me about her new girlfriend before it going 'public' on FB.  She kept saying that I'm  her soulmate and that she loves me and blah blah blah, but if I'm  so important to her, why didn't  she tell me sooner about her new girlfriend?  ANYWAY.........so I  ended up doing my own thing on Thursday (she was in town with family  and staying with family so I  didn't  leave her high and dry).  First I  went horse hunting and saw 4, I  think.  I didn't  really get any good pictures or views of them because they were kind of timid and took off running.  I did take some pictures, but I  don't  know  how they turned out yet.

After looking  for  horses  I  drove up to Prescott to visit a wild animal sanctuary.  The original plan was to go there for a couple of hours then head to Sedona to visit the Bell Rock Vortex, but that didn't  happen .   So I  went  to  the  sanctuary  for a couple of hours.  Saw the new Serval.  Saw the new black bear (he was born in the wild, but became orphaned and so Heritage Park gave him a forever home (along with 4 other unrelated cubs who went to other homes).  I saw the Ring-tailed Lemurs jump around their exhibit and then in a Lemur Ball
Lemurs huddle together in a ball to stay warm as well as strengthen   social bonds.  Lemurs are very social animals and do best when they're  in  a group.

The highlight  of  the  day, however, was when then fed Cassie, the Bengal Tiger.   The keepers brought her inside her nighthouse then brought out a pan of raw meat and put it by the fence.  After they did some quick house-cleaning, they let her back out.  There were only 4 of us there, but apparently  she saw us as a threat because she kept growling at us.  One of the keepers asked us to take a step back and that seemed to relax her a bit, but she quickly finished her snack and no longer snarled at us.  I *think * I  got video of it, but since I'm  still  learning my camera, I  don't  know  how any of my pictures or video  turned out.  I'll  share whatever  is decent enough.

From Heritage Park I went to downtown Prescott to a Harley store to get my brother a shirt for Christmas.  I hope he likes it, but I'm  sure he will.  Next I was off to Sedona.  Or, at least, that was the plan.  I stopped at McDonalds  for a lunch to go then headed off.  When I  reached the point where I'd  have to take a freeway to the left to get to Sedona or stay going straight to get back home, I  decided to go home.  I   was an hour from Sedona and then would've  been  2 hours from home and I  really  didn't  want  to  spend  that much more time driving so I  headed home.  I would still like to visit the Sedona Vortexes
(http://lovesedona.com/01.htm), but I  think  I  may have to do that on a stand-alone trip or take one of the Pink Jeep tours that has a vortex side trip.  Maybe for my birthday.  I'm  not  hugely  into New Age stuff and crystals ,  but I'd  really like to see the Juniper Trees around the vortexes that grow twisted branches.  A couple  of  co-workers have been there  and really enjoy it.

Well, I  guess  that's  it  for  now.  I have to finish my laundry and go buy  lottery tickets.  It was raining some this morning amd there's  still some heavy  clouds hanging around so the storm may not be done with us yet.

Happy Saturday!
Posted by Brenda at 10:30 AM