Every now and then you need a mental health day off from work so you don't go and "shoot the place up" so I took yesterday off....with approval from my supervisor.  And really, it wasn't due to stress, I just wanted a day off.  The timing worked out pretty good because the baby Andean Bear Luka, went on public display the day before!  He's only 6 months old and just full of energy, despite how hot and humid it is right now.  Both he and his mom were panting, but don't worry, they have access to their night house, which has cooling.  Plus, the keeper fills a big black tub full of ice before letting them out on exhibit and when Luka wasn't eating the ice he was playing in the water it created when it melted, as was Rio.  I spent about 20 minutes with them and got some pretty decent photos, I think... 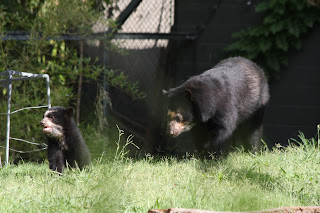 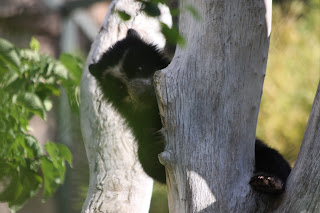 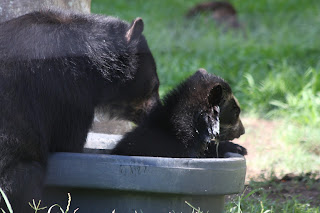 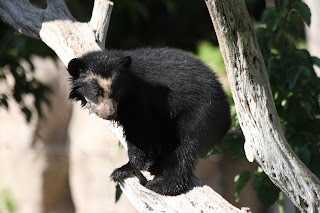 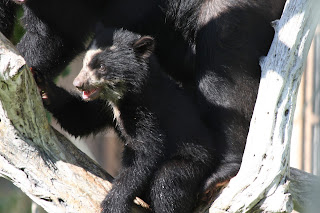 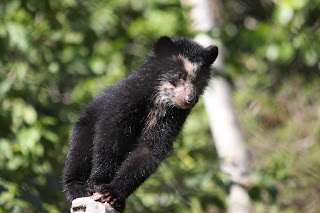 Isn't he the cutest?  He's the first cub of Rio's that lived past 7 days (they don't know why the other 3 died) and she has been a very attentive mom to him.  Every time he went bounding up a tree, she rushed to the bottom.  I guess maybe she thought she could cushion a fall or something, I don't know.  But despite her loving-ness to him, it didn't stop him from "attacking" her... 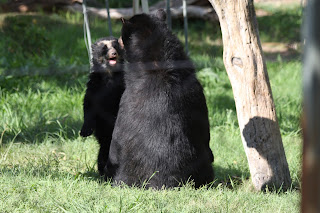 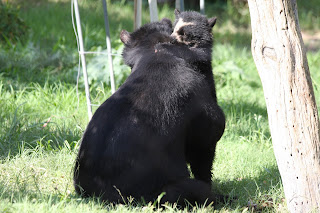 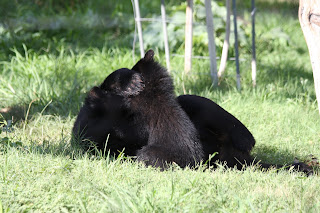 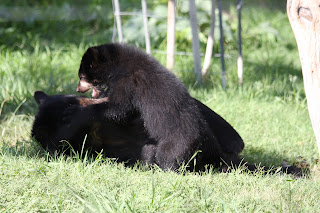 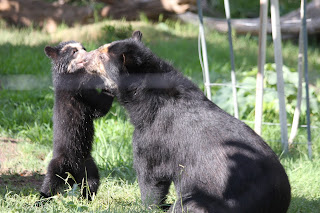 I look forward to seeing him grow and I hope that with the birth of Luka, there'll be more babies for Rio and Rizarro.

After leaving the zoo I headed up the Beeline Highway to see if there were any horses visible.  I went as far as I did last time where I saw the two different herds, but came up empty so turned around to head back and as I crossed the Verde River I looked over and saw a small group of horses.  Initially I wasn't going to go back because I was a little hesitant to stop on the bridge (it's not a 'standard' bridge) so I kept going but then I decided to turn around and pulled off to the side.  I kept one eye on my rearview mirror watching for Ft McDowell Police and the other eye on the horses.  There was 4 of them and they were feasting on the nice green grasses that were growing on the banks of the river 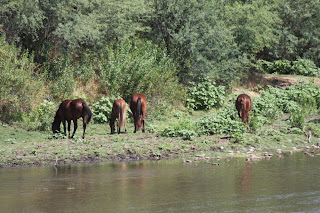 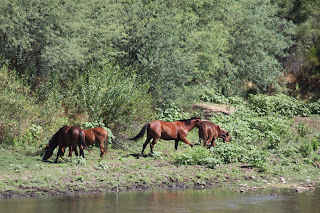 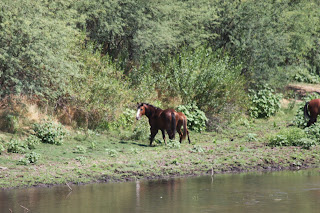 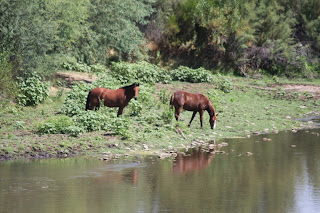 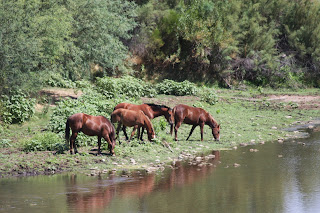 Eventually I found myself at Best Buy in Paradise Valley and I decided to go ahead and get my new phone.  Unlike WalMart saying the one I wanted not working in my area (or any other area, for that matter), I had no problem getting it set up.  I let them do it for me.  hahaha.  In switching back to TracFone, I will have to give up my wi-fi hotspot (which isn't working right now anyway), unlimited minutes/texting and a 5mp camera.  The camera that came with my phone has a much smaller resolution, but as you can see from this picture I took at Denny's, it does pretty good I think 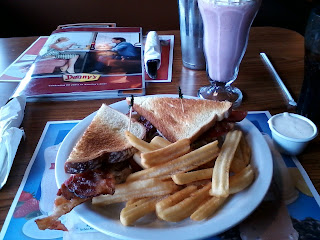 I'm impressed with the quality.  My Cricket phone never gave me a picture that clear.

So, Breyerfest starts tomorrow.  Many people are on their way there today and some of my horse buddies arrived yesterday.  I hope everyone has fun.  I'll be glued to Blab this weekend, soaking up all the festivities.  Maybe I can go next year.  I know I can, but it's a matter of wanting to...hahaha