Sometimes I really dislike these things!  Currently, I have service with Cricket, but I'm thinking of going back to TracFone.  The big thing is that it's starting to annoy me.  Not necessarily the phone itself, but kind of the company.  I've had the phone 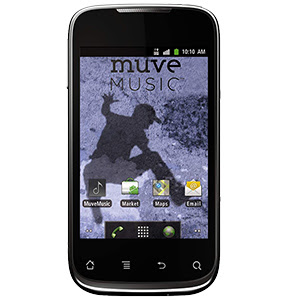 for probably close to a year now, I'm not real sure.  Maybe it's only 6 or 9 months.  hahaha.  But after using the wi-fi hotspot with no problems for the first 4 months, it suddenly stopped working.  So I took it in and was told that I was on the wrong plan for having that capability and I shouldn't be able to use it.  It didn't matter that I told him I'd had no problems up til then, all he cared about was that I shouldn't have been able to use it.  I think they just wanted to charge me extra.  I think I only use 10-20% of my total data plan each month and for that I have to pay almost $64.  It would suck to have to lose my wi-fi hotspot ability, but to not have to pay $64 every month...I think I'm willing to give it up.   A thing I don't like about the phone itself is that if you send even ONE text message to a number or email address it becomes a permanent part of your phone's memory and there is no way to delete it other than re-set the entire phone.  It also doesn't delete pictures, which starts to take up a lot of memory.

I've used TracFone before and I liked it.  Their service doesn't have all the bells and whistles as other providers, but I can live with that.  I can also live with only paying for what I'm using.  I switched because I had a friend I was texting a whole lot with and was using up all my minutes, but we don't text all that much anymore so I think I'm safe in going back to something like TracFone.  I've been looking for one and found this one 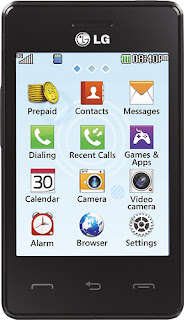 WalMart claims the phone doesn't work in my zip code yet Best Buy sells it IN-store.  The only reason why I can think WalMart would say it doesn't work is so they can sell more of their plans or Net10 or something because when you enter your zip code to find phones that do work in your area it comes up with tons of Straight Talk, Net10 and WalMart phones and the only TracFone is shows available in my zip code is a very basic phone.  I find that hard to believe.  Why would Best Buy sell them in store if they didn't work?  I will need to go and check it out, but won't until my current month runs out, which will be July 25th.  Anyway, the TracFone has triple minutes, which means for every minute of airtime you buy you get 3.  Pretty cool.  I really don't want to pay $64 a month anymore.

Well, I'd better get to work.  In our meeting yesterday we discussed internet usage and attendance and I've already broken one of those.  hahahaha.  It's supposed to be super hot this weekend.  Oh joy!