Just wanted to take a quick moment to wish everyone a Happy Thanksgiving.  I think this is the first year in as long as I can remember where it's been just family, no close friends.  It's a little odd, but I'm okay with that.  It means I don't have to be on my best behavior or try to make polite conversation with people I really wish weren't here.  Hahahaha.  Don't get me wrong, I like the idea of offering dinner to friends who have nowhere else to go for the holiday, but...I'm just glad it's the three of us today.

Dinner is almost ready.  Just waiting for the brother to carve the turkey.  He gets the best of the holiday.  All he has to do is the turkey and eat while mom and I do the cooking and I do the cleaning. My brother gets so exhausted from doing nothing that he must remain in his room most of the day.  He will come out to eat then maybe go into the living room to watch TV and take a nap or he might go back into his room.  I made buttermilk mashed taters, which is something different for us.  They turned out pretty good.  I also made the Stove Top.  We were going to have Grands Biscuits, but the can was previously frozen and came out in two lumps.  We have half a loaf of French Bread leftover from Monday's dinner so I guess I'd better go slice it.

Happy Thanksgiving, Everyone.  I hope you have a good day, however you celebrate it (or not)
Posted by Brenda at 3:19 PM 2 comments:

Now, I'm going to start off by saying that I have no idea how others go about planning a trip, but to me my method seems a little unorthodox. I don't sit down and say, "I want to go somewhere. Where should I go?" Then start planning from there. No. That would be too easy. What usually happens with me is something will inspire me to think about going somewhere and then I start looking at how much it will cost for me to get there followed by what sort of activities there are to do. 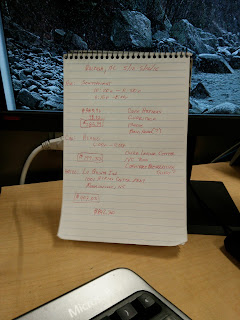 Other people might think of what they'd like to do on a vacation and THEN decide where to go. Again, that's too easy. So, I was looking at my emails a little while ago and saw one from the Duke Lemur Center in North Carolina. A few months ago they were having a random drawing for an adoption package and a Zoo Borns book. I followed the directions for the contest and ended up being the one selected and was given Presley, a Blue-Eyed Black Lemur as my adoptee 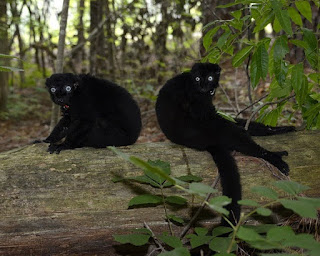 Now, I don't know which of the two in the above picture is Presley and which one is his buddy Hemsworth, but that's okay.  Anyway, I got to think how neat it would be to go to the Duke Lemur Center.  I really like Lemurs, especially the Ring Taileds 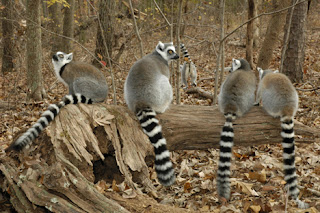 And I've never been to that part of the country.  They have neat lighthouses such as Bald Head 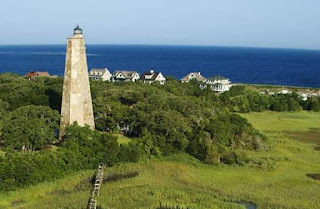 and the famous Cape Hatteras 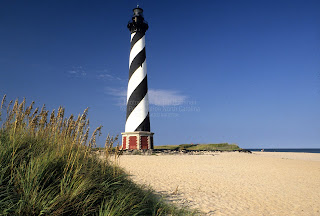 Some lighthouses, however, are out on one of the islands and require a ferry trip that would take up too much time of a day to reach so if I ever decide to visit, seeing Cape Lookout 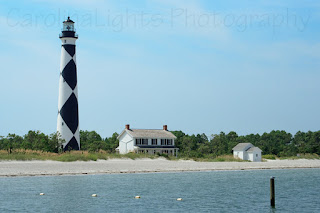 is probably not in the cards.  Oh well.  I suppose I could survive that.

Another reason to visit?  I have a friend who lives about two hours away that I haven't seen since she moved back to the East Coast 6 or 7 years ago.

So, in looking at everything, it would appear a trip to NC in, say, mid-May would not be out of the realm of possibilities.  I would, however, require some kind of happy drug (prescription, of course) for me to be able to handle the 4 hour flight one way, but at least I can get non-stop flights in both directions and while the flight there would eat up one entire day due to time zone changes, but the departure time for the flight home would give me an entire day just about for activities.

I'll have to think about it...

Certainly not something you expect to hear people talking about in Central Arizona and EVERYONE is talking about it.  Because not everyone starts work at the same time here, as soon as a "new" person comes in for the day, they ask "Did you feel the earthquake?"

Apparently a series of 3 small-ish tremors rumbled across the center of the state just before midnight and it was felt by people all over the area.  I was actually awake when the first one apparently hit at about 9:00pm and the last at 11:15pm or so, but I didn't feel it.  My cats didn't behave any differently.  I was watching 90 Day Fiance and didn't notice a thing.  Granted, I'm about 55 miles from the epicenter, but a retired co-worker who only lives about 4 miles northwest of me felt something.  A co-worker, who lives only 11 miles from the epicenter, slept right through it but it woke her husband up.  I don't know if I'm disappointed or happy I didn't notice it.  I've experienced small-ish earthquakes before.  In Las Vegas back in 1994 or so I was attending a live (model) horse show and it woke me up.  I was just barely asleep and was dreaming that the building I was in was shaking and it woke me the rest of the way up.  I just sat in the middle of my bed, unsure of what to do and then it ended.  It probably lasted about 30 seconds.  I was on the 3rd floor of a 3 story hotel so it wasn't really that bad, but our host hotel was 14 stories and people who'd been in that hotel said it was swaying pretty good.  Then there were a couple of aftershocks, but the floor of the conference room we were in was kind of springy and kind of felt shaky when you walked across it so it was difficult to tell if it was an aftershock or just someone walking.  hahaha.  A 4.2 was freaky enough for me, though.  I don't think I'd want to experience one of the big ones like they get in California where you can actually see the street or sidewalk move.

I made my decision about whether to volunteer at the Endurance Ride in 2 weeks and that is No. I just can't commit to 8 hours and the Ride Manager said I'd have to do an entire 8 hour shift so I felt like that was the only choice to make. I'm bummed for sure, but that's how it is.

Well, I guess that's it. Hopefully the rest of Monday will be uneventful...meaning no more earthquakes. hahaha.
Posted by Brenda at 8:03 AM 2 comments: