Well, they did it. They put up the 3 Day Tickets 2 weeks sooner than last year and almost a full month before it was rumored they'd go up this year. They are officially on sale now and I'm going to have to get mine, of course. But not only that, we have our first "official" look (it's been visible on your order page if you bought a 3 day ticket within the past 2 years) of the new sculpt for the celebration model everyone gets for buying a 3 Day Ticket...

The Mangalarga Marchador sculpted by Sarah Minkiewicz-Breunig will be released at BreyerFest 2016 and then locked in the vault until 2019! This will be the only release of this mold in the United States until 2019. 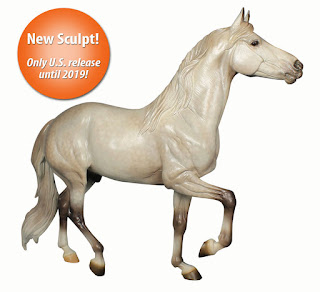 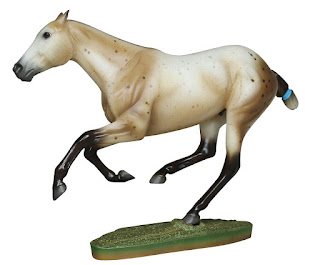 Additionally, the first store special has been released...Dag Dia of the upcoming film Albion: The Enchanted Stallion 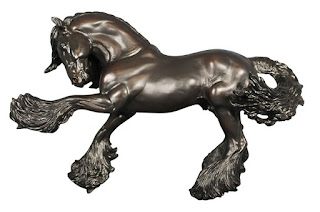 A theme I'm noticing is Spanish breeds and/or Spanish names. Not real sure of the Spanish tie-in with the Polo Pony other than the sport is real popular in Brazil and the theme for BF this year is Carnivale, which takes place in Rio and this is an Olympic year. It'll be exciting to see what else comes down the line!
Posted by Brenda at 12:35 PM