First off, I've got to say how much I love and appreciate Southwest Airlines.  Without their policy of not charging re-booking fees, I would still be going to Dallas in October.  hahaha.  I think this trip has changed 6 times now, including the most current.  Originally, the trip was for San Diego.  I had the plane ticket and the car reserved, but then I decided to change it to Dallas.   I've never been there before and I was going to see some of the zoos they have there.  I had managed to get in on that super awesome airfare sale last month and a round-trip ticket from Phoenix to Dallas-Love Field only cost me about $150.  Then, I decided I wanted to see zoos AND lighthouses because I haven't visited a lighthouse in quite a few years now, which is horrible for a lighthouse nut like me.  So I changed the trip to San Francisco.  I already had the days off from work so changing the destination was the easy part.  hahahaha.  Somewhere along the lines, though, I decided not to go to San Francisco and started considering Los Angeles for the big show jumping competition the last week of September.  So I changed my flight and car reservations again.  But then I got to thinking of San Diego and how it's been about 4 years, I think, maybe only 3, since I've been there and I really wanted to see the new Tiger exhibit and Lemur exhibit.  So I changed it again and had to pay the difference of $57 because San Diego is super expensive right now.  Oh, and the new trip was shortened to overnight so I could afford to stay in my favorite bay-front hotel.  Now, don't ask me what got me changing my mind again, but I did.  Back to Los Angeles.  I can visit 2 zoos I've never been to before plus return to LA Zoo, maybe.  I may just make that day a goof-off day where I go visit the old Griffith Park Zoo ruins and some of the filming spots of the show Emergency!  I'll have to decide that later.  Sunday, however, Sunday will be spent in Long Beach... 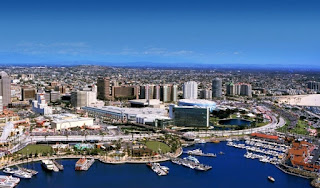 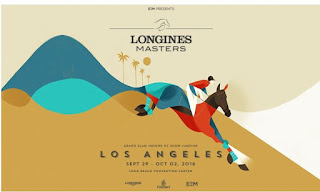 I've already changed my plane ticket and car rental and then I did something daring.  Something that will lessen the likelihood of me changing my mind again...I bought a ticket to the show.  The Grand Prix is Sunday afternoon and if my favorite competitors attend, that will be the day I get to see them.  Since it's on the heels of the Olympics in Rio, my favorite riders...okay, just one: Beezie Madden...may choose not to compete.  That would suck, for sure, but come on.  If you had the opportunity to see your favorite rider compete in person, wouldn't you?  I missed getting to see them in Las Vegas last year so this is my 2nd chance, although it's only show jumping so no dressage riders.  I've posted on the official Facebook page asking if there'll be a list of riders intending to compete and I've also asked on the official John Madden Sales page if they knew if she would be going.  Now I just need to wait for one of them to answer.  JMS is pretty good at answering questions so I imagine I'll hear from them before the Longines people.  I could've bought a less expensive ticket and wouldn't have minded quite as much if I decided not to go because then I could just "eat" the cost, but I decided to go for the *slightly* (by $80) more expensive one because it comes with a free parking pass, a program, a small gift and the seats are right by the jumping ring (it's indoors so no specific arena like an outdoor competition).  Plus, I'll have access to the Prestige Village where the riders will warm up before their classes and "hang out" so there might be a teeny, tiny chance of actually getting to meet Beezie.  That would be so cool.  But I'm not hanging my hat on that happening so I won't be disappointed if it doesn't.  I think it's just going to be a fun experience overall, though.  I haven't booked my hotel yet, that's next and takes a little more research than car or plane tickets.
Well, darn.  I went out to Jack In the Box at lunchtime and just took everything out and they got it wrong.  I ordered French Fries and I got some kind of sandwich instead.   I'm not sure what's on it.  I'm scared.  hahaha.

Last night we had a pretty good storm.  My neighborhood got mostly thunder and lightning, but other areas got tons of flooding because it rained solidly for a good hour or so.  I think they said there was 3 inches in some spots.  But they had to close a major interstate due to flooding when 3 cars got stuck under the over-pass.  Yikes!  Usually when there's a big storm, the Scottsdale Greenbelt gets most of the press time because of flooding, but I-17 flooding like that had all the reporters out there.

Well, I'd better get back to work.  Have a good one!