Should I join the Premier Club?

I am running out of time to decide.  I think it closes at midnight tonight.  I have the money for the "deposit", but all the problems people have been having with the models they're getting, plus the cost of the models themselves...and if you opt out of one you're out of the club the rest of the year.  But they've been doing some pretty nice ones this past year that made me wish I was in it, like Latigo and Carrick.  I'm still hoping to get them on the secondary market.  I've tried buying Latigo twice, but ended up having to back out for one reason or another.

The first model for the new club year is called Wyatt 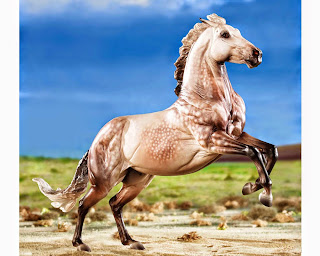 The molds that come out for the Premier Club are brand-new, never-been-released before and while I don't particularly care for Wyatt, he is starting to grow on me.   And if I decide I don't like him after-all, it seems like there's a few people in Blab-land who DO want him and aren't in the club that maybe would be willing to buy him.  In addition to the neat new molds, they often come with concept drawings that are kind of cool 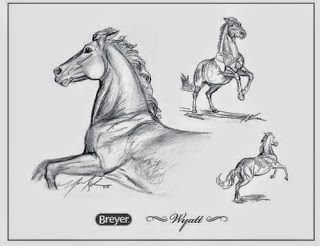 I would say maybe I should sleep on it, but I think I have to sign up today.  It says "by January 1st 2014" but I don't know if that means I can do it up until tomorrow or if it has to be done today...And in addition to the deposit of $100 I would have to pay an additional $20 to make my Collector Club membership "current".  I am a current member, but since it's not from after August 2013, I'd have to re-subscribe.    <sigh>  I think I'm talking myself out of it.  hahaha.  I think it's really stupid that you have to have the membership be from August or later.  As long as it's current it should be fine.  I think that alone might be enough to make me not do it.

Today is the last day of 2013.  Where did the year go? I have no plans for tonight.  I'll probably take a couple of sleeping pills and sleep through the fireworks my neighbor is likely to shoot off.  They're illegal in my city, but people still shoot them off.  Just like they still use their fireplace/woodburning stove on No-Burn Days.  Oh well.  I have tomorrow off.  Yay!  I hope everyone has a fun and safe New Year's.