Or am I?  There is a thread on Blab that someone started in August asking us how we "keep it sane"...basically, how do we keep from buying every HSO in sight.  Do we only collect certain scales, certain breeds, certain sculpters or maybe by setting a certain price point and not spending above that.  Over the months, the thread has taken on a life of its own with conversation swinging from Dr Who to who is Polish and how to pronounce names to hair types but it always goes back to horses.  Sometimes people go to the tjread to be "talked down" from buying something while other times people go and share how "bad" they've  been.  Lately the topic of conversation has been  about "sulk buying"...buying something else when you were unsuccessful with buying something more specific.  Sometimes we are very "in your face" and brag about what we've  ended up buying and other times we are more hesitant and "hide in shame" but it's  all good fun.

This evening I got an email from Stone Horses about new offerings.  They will be having 3 new patterns: Overo, Tobiano and Appaloosa 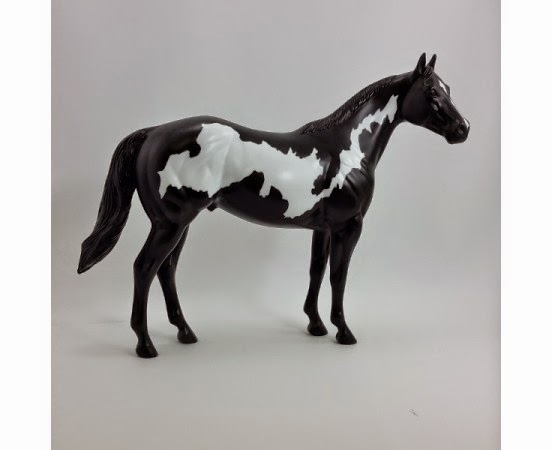 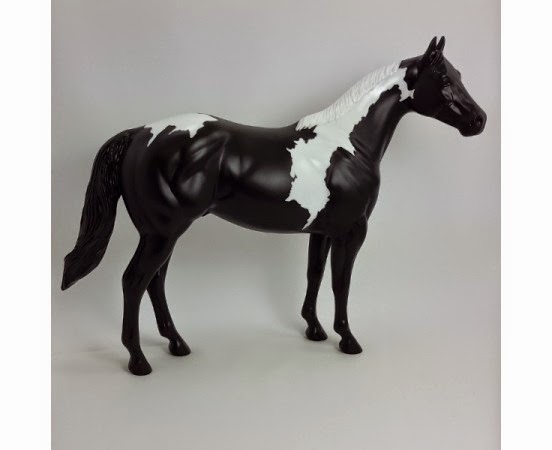 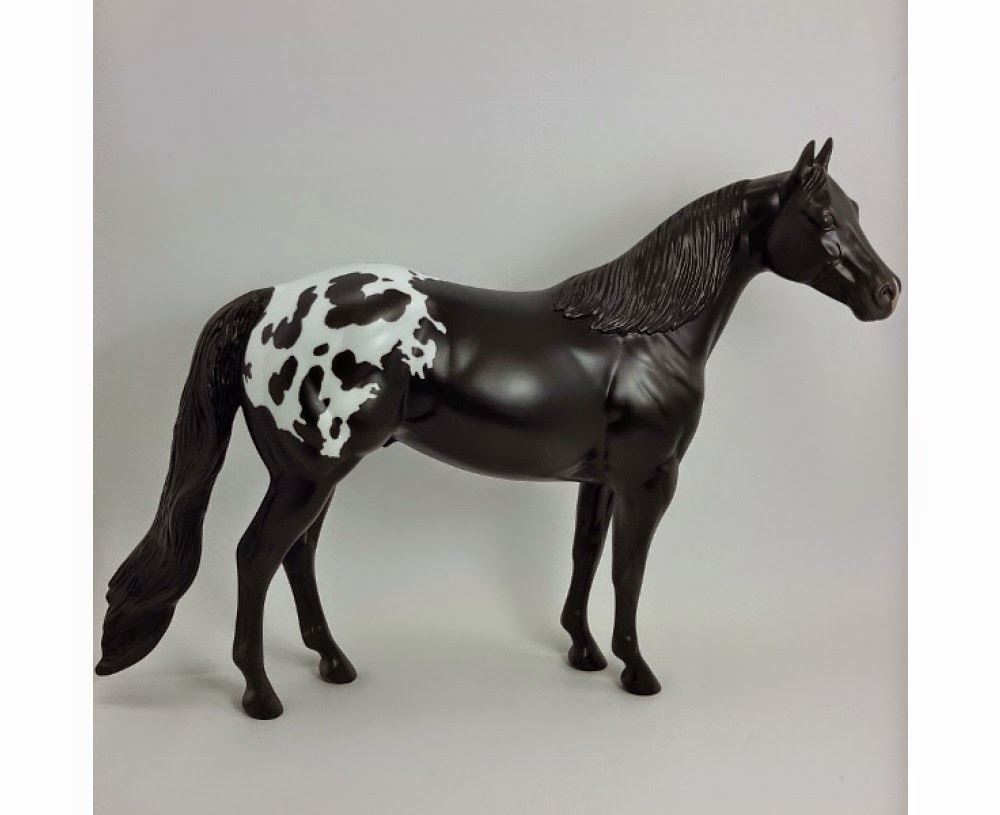 I like the Tobiano, but I'm still thinking on the Appy.  The spots are rather blotchy-looking to me.  They're  also offering 2 new facial markings: broken blaze and medium snip 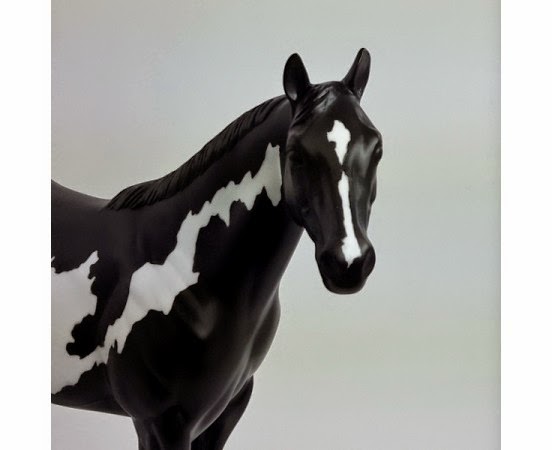 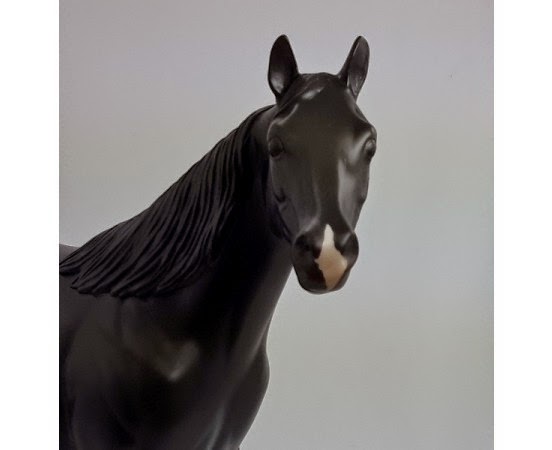 But all that is besides the point.  Whether or not I  end up ordering one or more remains to be seen.  I don't  like  having  to  wait for the DAH to arrive and now they charge for everything such as hoof stripes and leg markings.  That's  annoyed a lot of people, but the DAH program hasn't  suffered from it.  At least, not yet.  A lot of people are saying they won't  buy anymore.

No, this post is about sanity...or lack of.  They also put some new short run horses and this is where  I  have  to have  a  tight rein (rein...get it?  We're  talking  about  horses here and bridles have reins...hahahaha...okay.  sorry) on my sanity where money is concerned but I  REALLY want this guy 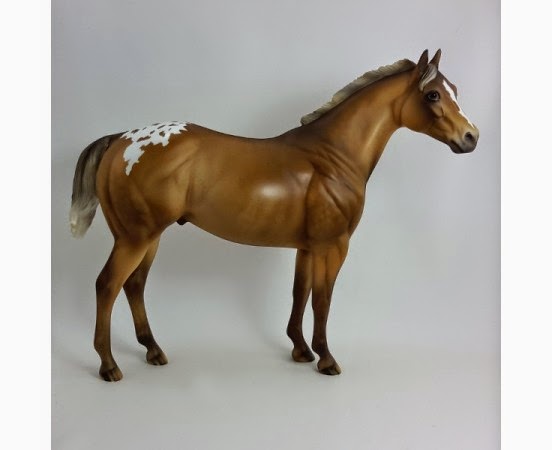 His name is Burburry and he's  limited to 15 pieces.  I don't  know, though, if it's  my sanity or insanity that will keep me from buying him.  Maybe a bit of both because if he was $100 cheaper he'd  already be on his way to me in Arizona.  Oh well.  I sometimes wish I  could  spend  that much money without a second thought, but I  can't.  If Sooty Palomino was a color choice on DAH right now (palomino is but not sooty) then I  could  just make a similar one on a more affordable body while this Appaloosa pattern is still available, but I  think  this ratty mane and tail are part of what draws me so much to this model.

Well, I  guess  that's  it  for  now.  My mom and I  do our grocery  shopping  on Saturday  now  because  my brother doesn't  work  Saturdays  and he can keep  the  dogs from destroying the house.  Hahahaha.  Have a good one.
Posted by Brenda at 8:05 AM