So, last week I bought the 12 piece Stablemate set from the breyer website 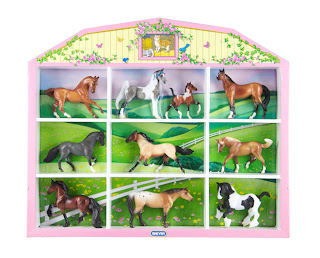 I want the pinto Clydesdale and the Quarter Horse above him and the Standardbred is really starting to grow on me.  Anyway, a couple of days later I checked my bank account and saw they had charged me already so I went to the Breyer site to see if it was going to ship soon and it said the item would be available to ship after September 2nd.  That was a shock because it didn't initially say that and had I known I would have probably looked someplace that had it in stock.  Then a couple of days later I got a UPS notice saying it had shipped and the delivery date is supposed to be August 27th, which is tomorrow.  Well, according to the UPS website, my package is still in New Jersey.  If it's due to be delivered tomorrow I'd expect it to have made more movement by now, wouldn't you?  All UPS items go through Kentucky where their hub is and that hasn't even happened yet.  Did my box get lost after leaving New Jersey?  I sure hope not.

Hehehe.  No.  I'm not the most patient person when it comes to waiting for packages.

Another thing that is annoying is that last week I saw someone was selling 3 of the 4 Stablemates from 2012 Breyerfest:  Carling, London Pride and Moonraker.  (all photos from idyourbreyer) 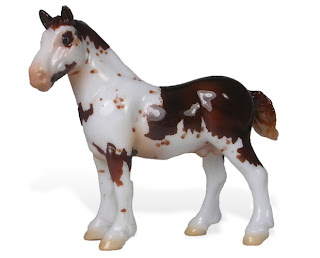 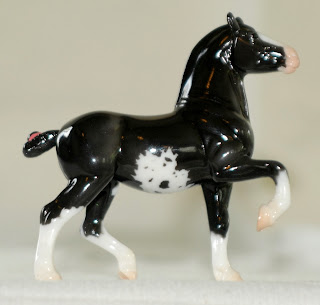 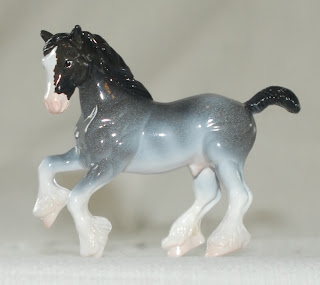 The only one they didn't have up was Butter, which was okay because I'm not too crazy about the mold or the color 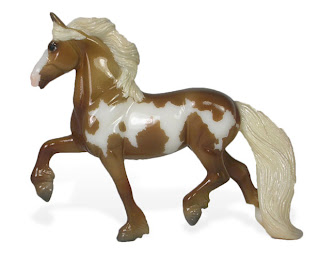 So I emailed her direct, not through the link on MH$P because that doesn't always work.  Anyway, I asked if the models were still available and i was interested in all 3.  Now, I don't expect an answer right away, but several days went by and there was no response.  The next time I looked the ad was gone.  Okay, fine.  Maybe she sold them or decided to not sell them, but how hard would it really be to respond to an email asking about them and say they're no longer available?  It would take, what, all of 30 seconds.  Initially I really only wanted Moonraker but now I want London Pride and Carling, too.  hahaha.  But if I could only get the 4 of them then I'd take Butter, too, but...you know.  hahaha.

I have this friend in Ohio that was pregnant.  I say "was" because she ended up giving birth on Saturday.  It's funny, though, because I got an email from her on Friday saying how she wished she could go ahead and start her maternity leave, but she was still about a week or so from her due date and she didn't want to start too soon, but she didn't have any motivation to work and there wasn't much for her to do.  Then Saturday she went into labor so she got her wish.  Ella Irene was born Saturday night...This picture was taken a little over an hour ago as they got ready to leave the hospital 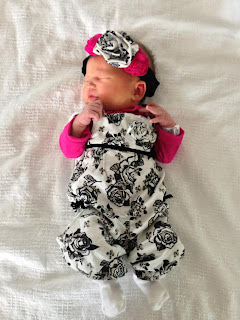 I can't have children of my own (I had cancer when I was 38) and I haven't wanted kids since I was 25, but I'm really happy for Sarah and sometimes I think about babies.  But no.  I'm not going to adopt.  hahaha.  I still don't like kids, but every now and then...hahahaha.  Sarah has an almost 2 year old son and two step-dauthers (plus pets) and their family is now complete.

Well, I'd better get back to work.  It's Monday again.  Oh joy!  hahaha.  I got NOTHING done over the weekend. Well, I did laundry and went grocery shopping.  Big whoop.  Have a great day.