So, after seeing the herd in the river, I worried that would be the only ones I saw since it's been pretty hot and I figured the horses would be "hunkering down" in the daytime or staying close to the water. I got to the main road where I usually see the horses and noticed they have new signs up that weren't there last time I was in the area. 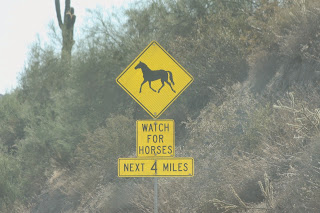 I'm glad they have them to warn motorists of the horses that can be around, but it makes me sad that the signs are necessary. Unfortunately, they're very necessary because I've heard of some horses being hit in the past. :( I think I saw at least 5 signs in each direction.

It wasn't long after passing the lake and ranch turn-offs that I spotted something moving amongst the desert brush on the left side of the road. HORSES! I pulled over as quickly as I was able to and spent then next 15 minutes or so leap-frogging them, waiting for them to stop moving long enough for me to get some good pictures. When they did stop, though, they were mostly hidden in the brush so I wasn't able to get any real good shots. That's okay, though, because it was great to just have been able to see them. There were two foals who're probably less than 4 months old and one who was 14 to 16 months old. I don't know if I've seen this band before. At first I thought maybe it was the ones I saw where I was able to get pretty close to, but that group had 2 grays and one foal and this group had 1 gray and two foals. hahaha. 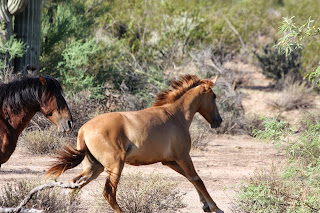 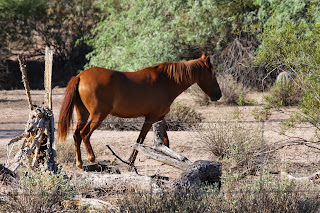 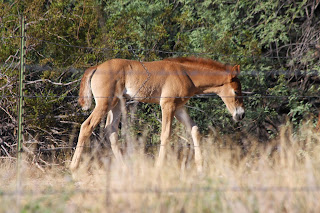 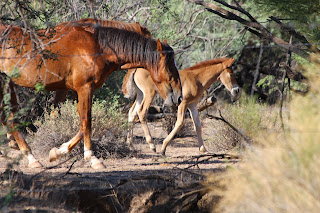 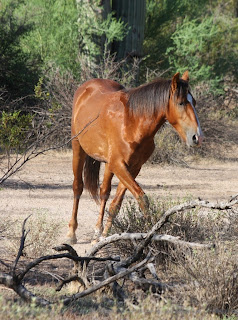 I think the gray horse was the band stallion because he was always in the lead and kept turning around to wait for the others to catch up. 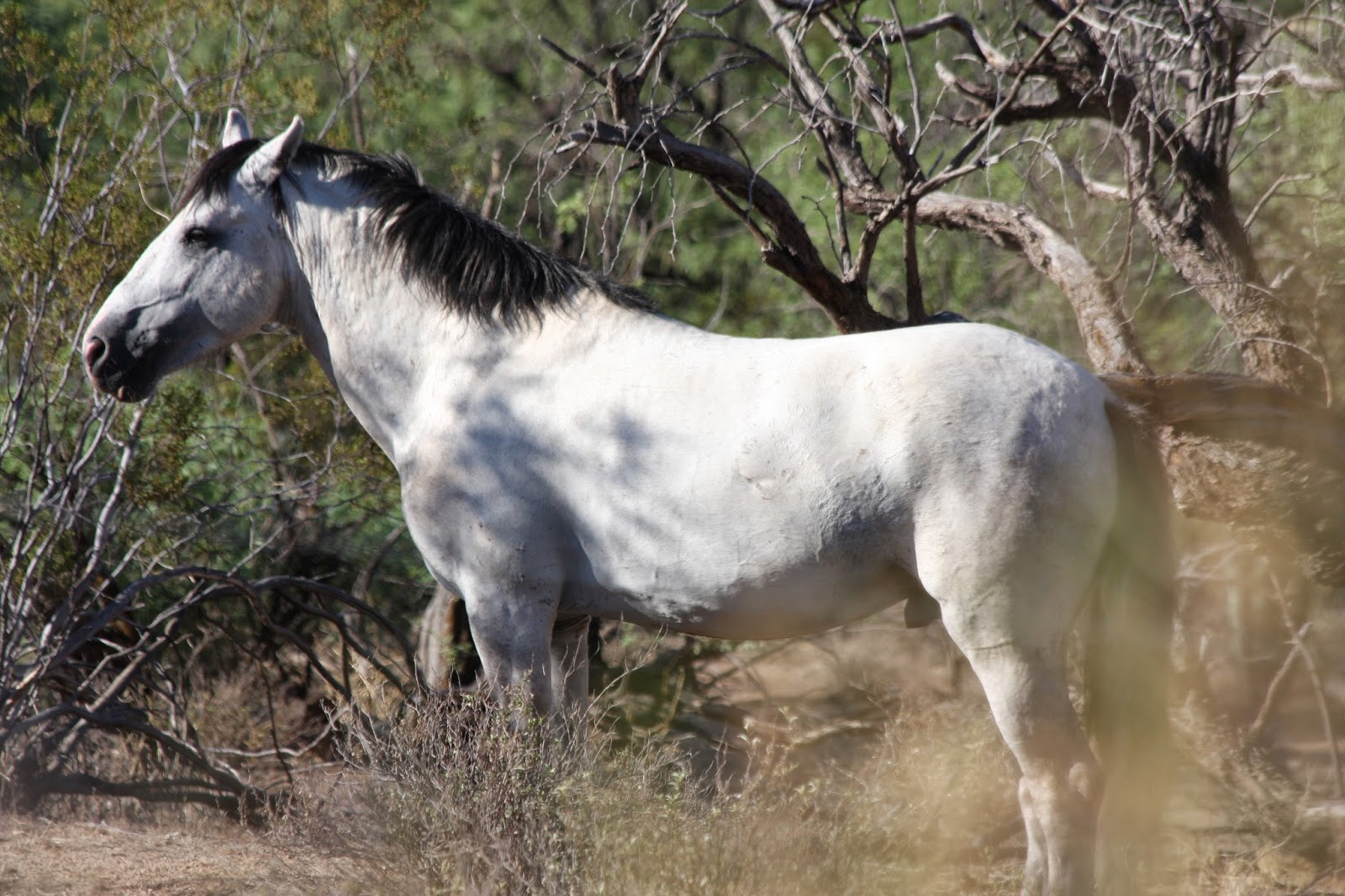 I also got to see a short fight between two of the horses, but I wasn't quick enough with my camera as I'd just gotten out of my car.  It wasn't anything major and they may have been playing more than fighting since it was over real quick and I never saw anything else during my time with them.

Last night we had a storm blow through and it's still raining some this morning and I've heard some thunder.  The temperature, though, has been real nice and would've been a good morning to go looking for the horses if it wasn't storming.  It's only supposed to be 98 today, which is nice, but I'm sure the humidity will make it gross outside.  I hate being hot and sticky.  hahaha.  But it's the middle of August and I know the super hot temperatures are slowly on their way out and once it cools down I'll probably go hunting more often.   We shall see, though, how often I end up going since I always end up disappointed when I don't get to see them and I don't want to take it for granted that I can see them "whenever I want" since I know it's not true.

Have a good Wednesday!