On Wednesday I did something rather impulsive and bought a new car.  It's a brick red 2014 Nissan Versa Note.  I often get to feeling wreckless and end up buying something I proba ly shouldn't,  but this is the first time I've boughten something so...expensive.  it's my first brand new car (well, 'new used' it was a rental) and in between freaking out over how much it's going to cost me, I'm excited over the freedom it will give me. 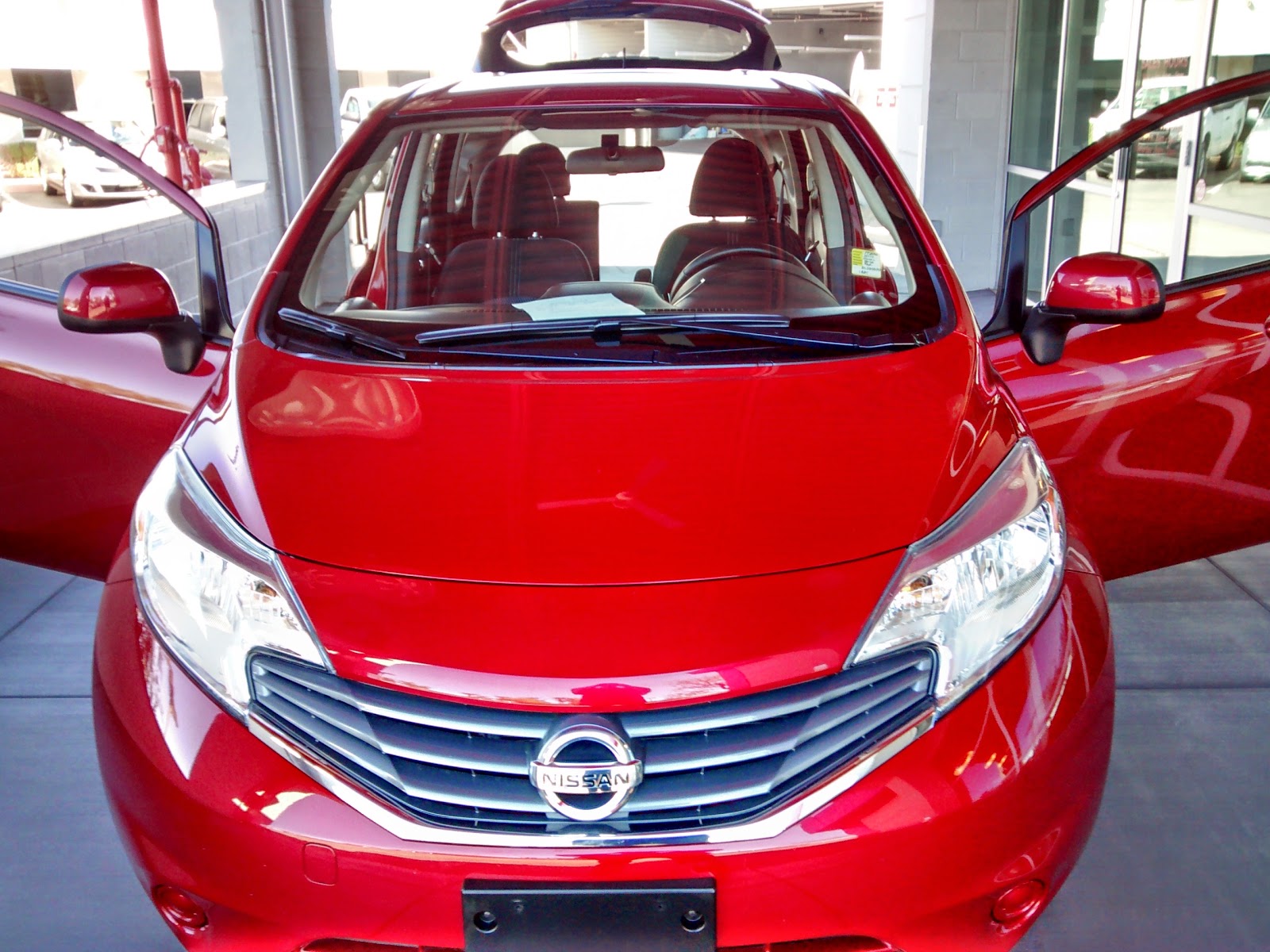 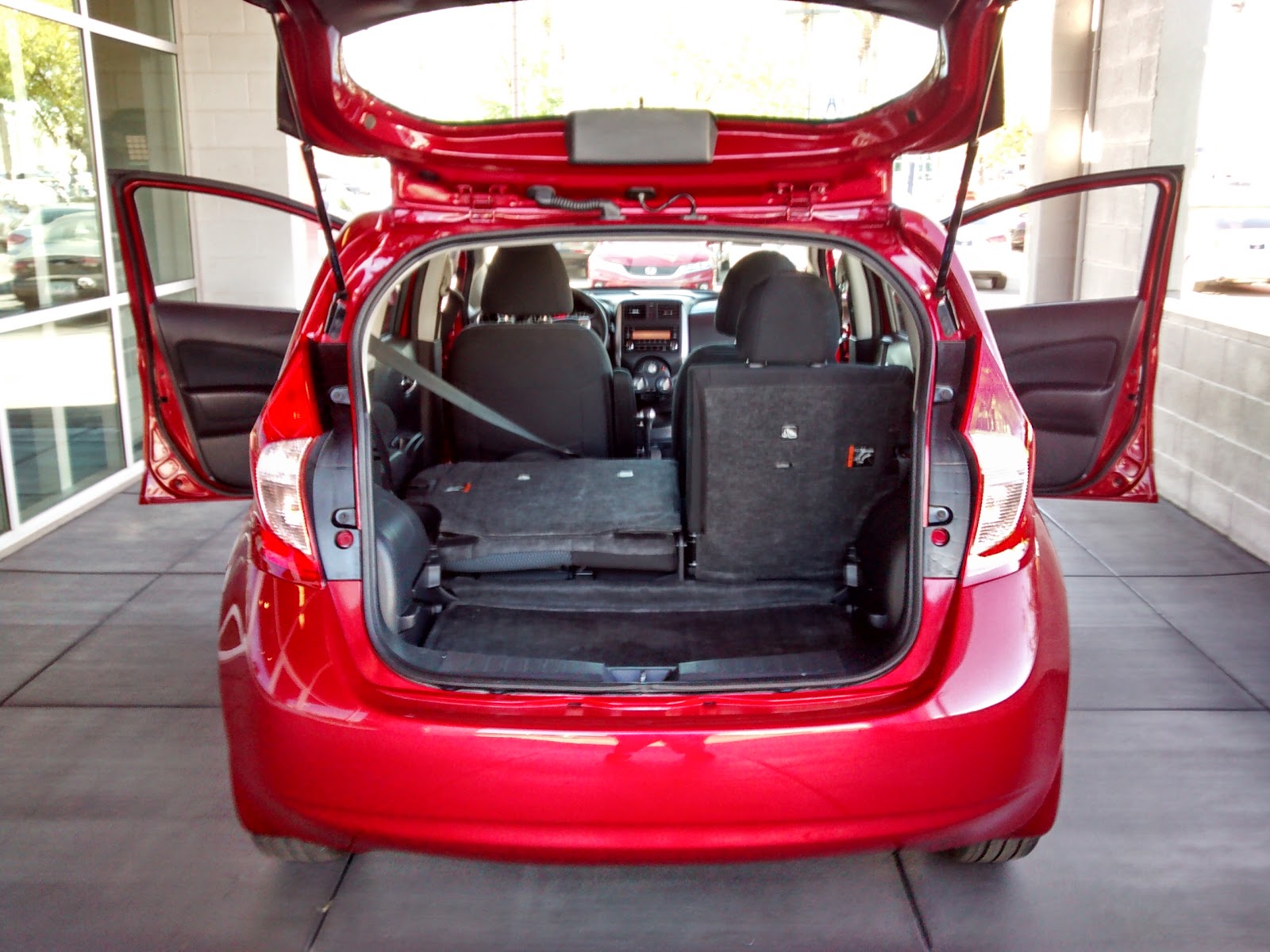 the dealership has already taken my car off the website so I had to get this side shot from Google images. 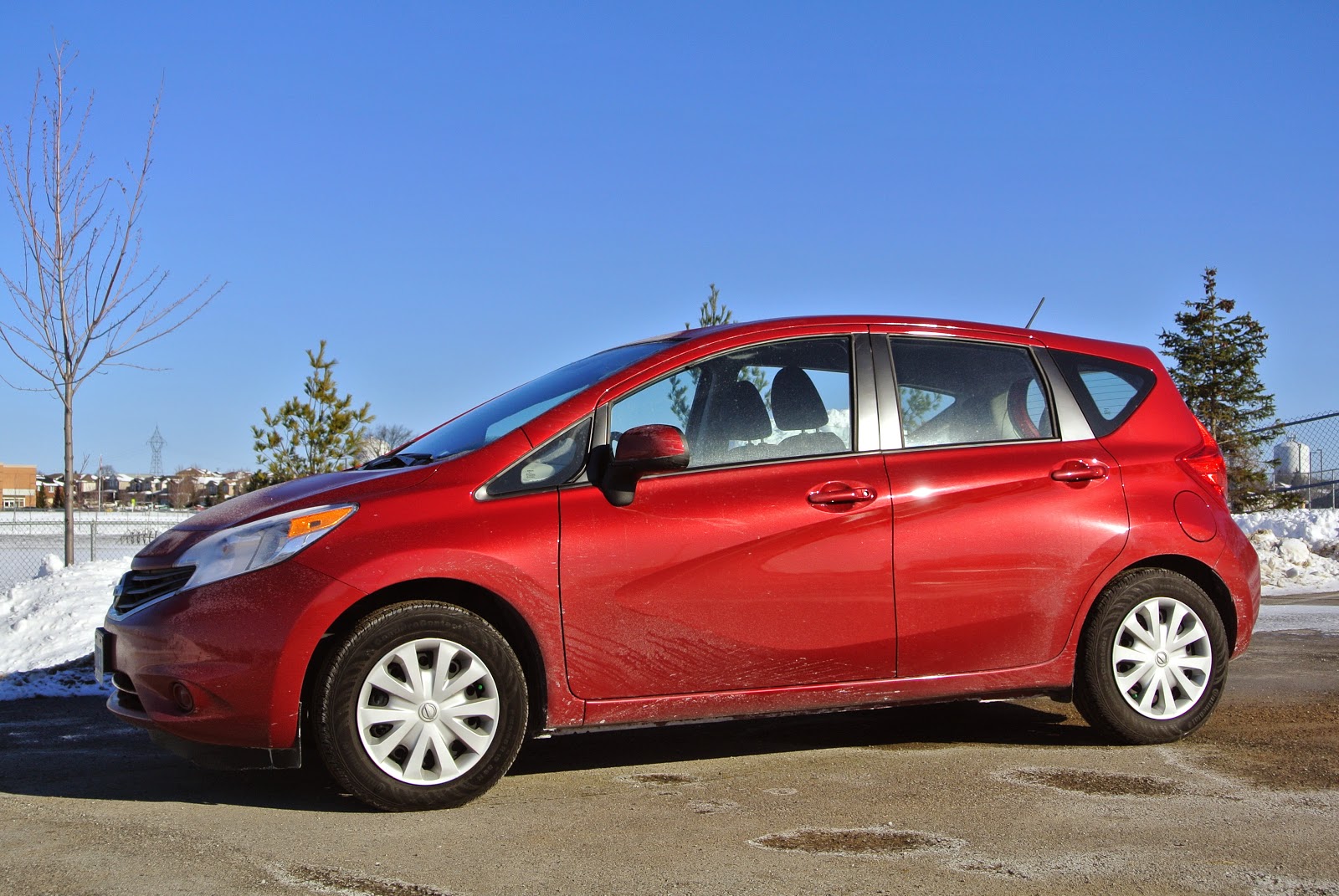 Regular readers of my blog know a little about the problems I had with my past car...I could only go local places and never somewhere that had steep inclines.  So every winter I was left hoping it would snow at a low enough elevation so I could go 'play', but more often than not I was left bummed because I couldn't get to where the snow was without renting a car, which usually meant I stayed home.  Now I can go to Flagstaff and play in the snow.  Now I can go to zoos and wild animal sanctuaries that are further away and require drivi g on roads with steep inclines.  Now I can drive to San Diego or Las Vegas and not have to worry about the costs of flying then renting a car.  I can go visit my closest friend (since 3rd grade) who only lives 6 hours away in Southern Utah.  I don't know how often I will do any of that, but the point is, now I CAN.

But the new car isn't without faults...at the moment, at least.  I got a security system installed.  And now I'm waiting for the technician dude to come see what's wrong with it.  Yes, you read that right.  He's coming to my house to look at it.  How is that for service?  It's not that the alarm doesn't work because it does...just not when it's supposed to and it does work when it isn't.   I've driven cars before with those keyless entries before.  If you want to unlock the doors, you hit the 'unlock' button.  Same with locking the doors, you push the 'lock' button..aaaaand that's where the problem is.  When I push the 'lock' button it not only locks but it also makes the alarm go off so you have to quickly unlock the door then start the car to get it to stop.  And now, the alarm is also going off when you unlock the doors.  Ohhh, ot right away, no.  That would be too easy.  No, it waits until you're inside before going off so it can take glee in deafening you, all the while laughing at your stupidity for not knowing how it's supposed to work.  Yes.  My new car is mocking me.  So now I'm waiting for the alarm dude to show up and hopefully figire it out so I won't have to take it in to the dealership on Monday.  I have already taken the day off since at the time the alarm dude and I hadn't made arrangements for him to come by so if he can get it figured out tonight that leaves my Monday open...so I may just drive down to the zoo in Tucson...something I've been wanting to do for almost a year.., ever since they rescued the two Grizzly Bears from Californià.  They also have a 3 week old African Elephant calf and some lion cubs.  So hopefully the alarm will get figured out tonight.  He should be here anytime, depending on traffic. 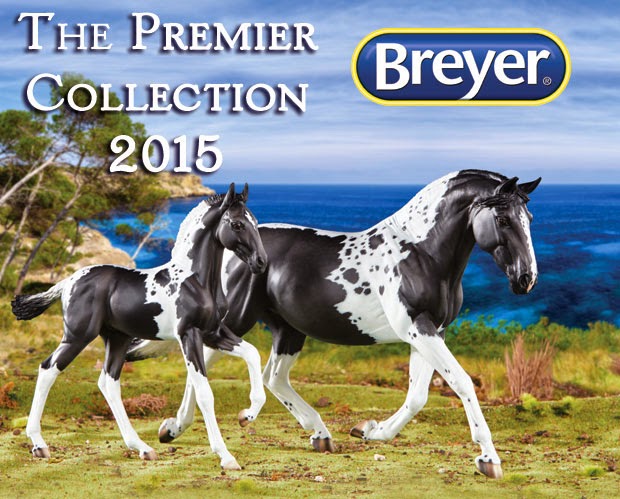 Who doesnt love a black Paint Horse, especially this flashy?  The problem is, I dont know if I can afford the club now that I have car payments staring me in the face again.  And while I like the Traditional size models, it's mostly the Stablemate I'm interested in... 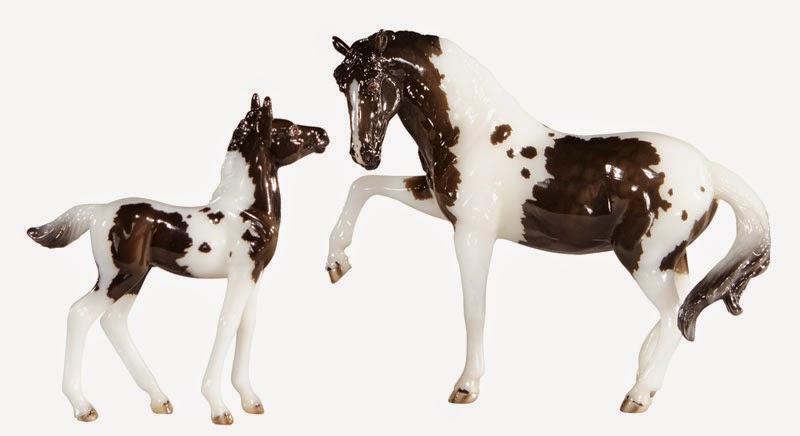 The adult SM is Chrome, the new mold introduced at the 2013 Breyerfest.  I only have Chrome because Bourbon Street is too low of a run for me to be able to afford, but I really want this one.  Unfortunately, the cost of it would be on top of the cost for the big ones.  <sigh>  Yes, there are always people willing to buy and sell, but...well..my guess is this version of Chrome will come with a pretty penny on the secondary market and until I can get a pattern established between my car payments, slightly higher insurance cost and my paychecks, I'm going to have to be very careful what I spend my money on, which really sucks, but hey, I have a new car.  A reliable car.  And that's the most important thing of this, right?

Well, the alarm guy is here and one of my cats is DEMANDING attention so I guess I should sign off.  I hope everyone has a good weekend.  Tomorrow I am going to do my first horse hunt in my new car...with air conditioning, I might add...then test it on some steeper inclined roads to see how it performs.  It's only a 4 cylinder engine but it has this CVT transmission which is supposed to give it better performance.

**update** the alarm guy accidentally put in the wrong voltage and that's why it was misbehaving.  He fixed that and now the alarm only sounds when it should...like when someone is trying to steal it.  Good thing the battery will shut off if the car is started without the programmed key.  What awesome service!  And he said I can call him anytime I have a question or issue.