So, a couple of weeks ago I had plans to go to a Quarter Horse show, but my health had other ideas and so I didn't go.  At around the same time I was starting to get annoyed with the way my iPad mini kept freezing up when I was doing stuff on the Internet so I started looking at what was available.  My first 'tablet' was a nook wifi+30 but all you could do on it besides read books we to order more books from Barnes & Noble.  Only a short time later, maybe a month or so, they released the nook color.  I was happy with the e-reader I had so I didn't give it much more than a passing look.  But then I decided I wanted my e-reader to be more than just a wy to read so I sold Jethro to a girl at work and bought Leroy, the nook color.  I was happy as a clam with Leroy and even bought a special SD card that turned him into a full-blown Android tablet.  Leroy and I had a happy almost 3 years together, but then that little SD card started to slow him down and I bought Abby, my iPad mini.  Abby was fun.  Spunky.  We hit it off right away and I was wondering why I hadn't bought one sooner.  She cost more than I'd spent on my other two combined, but she was totally worth it...until recently.  So when she started freezing up on me I began looking around and decided to see what Barnes & Noble had these days.  I know they'd had the nook HD and HD+, but those came out around the time I bought the iPad mini and since the SD card was currently available that was compatible, I wasn't interested.  So on the B&N website I saw they were advertising the Samsung Galaxy Tab 4 nook (nook is always lowercase letters).  Could it be?  A real live Android Android tablet from B&N that you didn't need that little card?  I'd believe I when I saw it so I went to the local store and picked one up.  I knew I'd know within a couple of minutes if it would be something useful to me and...it was.  Unfortunately the sales lady who'd been helping me had run off to check some people out so I was left to stand there and try not to pass out while I sweated buckets in an air conditioned store.  Yeah.  Probably not the smartest thing to do, but I came home with...Sammie...and a new case.  I haven't decided what to do with Abby yet.  I can still read on her and maybe play some games, but her battery runs out so quickly now that I'd have to pretty much keep her plugged in all the time.  Anyway, this is my first blog post on Sammie.   So far, so good.

Anyway, onto the horses.  Plastic first.  At work today I decided to goof off a bit and did some Internet surfing on my computer and went to the Stone Horses website.  I really wish I hadnt, although I didn't buy anything.  I was sorely tempted, though.  So many pretties, but the prices weren't 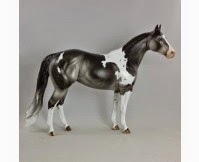 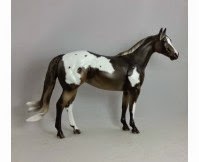 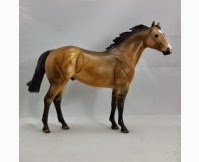 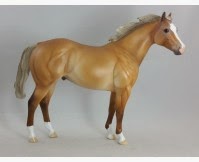 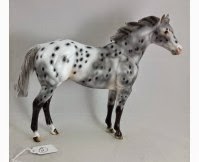 My favorites are the last two and while the 2nd to last one is somewhat affordable, the leopard appy is the most expensive at over $400!  Eek!  This next one is really neat and affordable,  but I'm trying to talk myself out of it 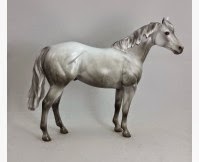 Not all of them are stock horses.  I like this sassy Arabian... 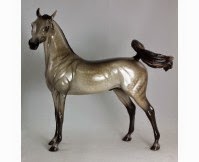 So far Sammie is out-performing Abby in the blogger arena.  By now, I would've had to switch to html because the bottom would be cut off.  I like being able to see the pictures I post.

Next are the real horses I saw last Friday.   I think I'd mentioned that I didn't think I was going to see them because I had almost come out of my 'loop' before I happened to notice a bunch of colorful spots on the side of the hill.  This first photo is them still up on the hill and is cropped quite a bit 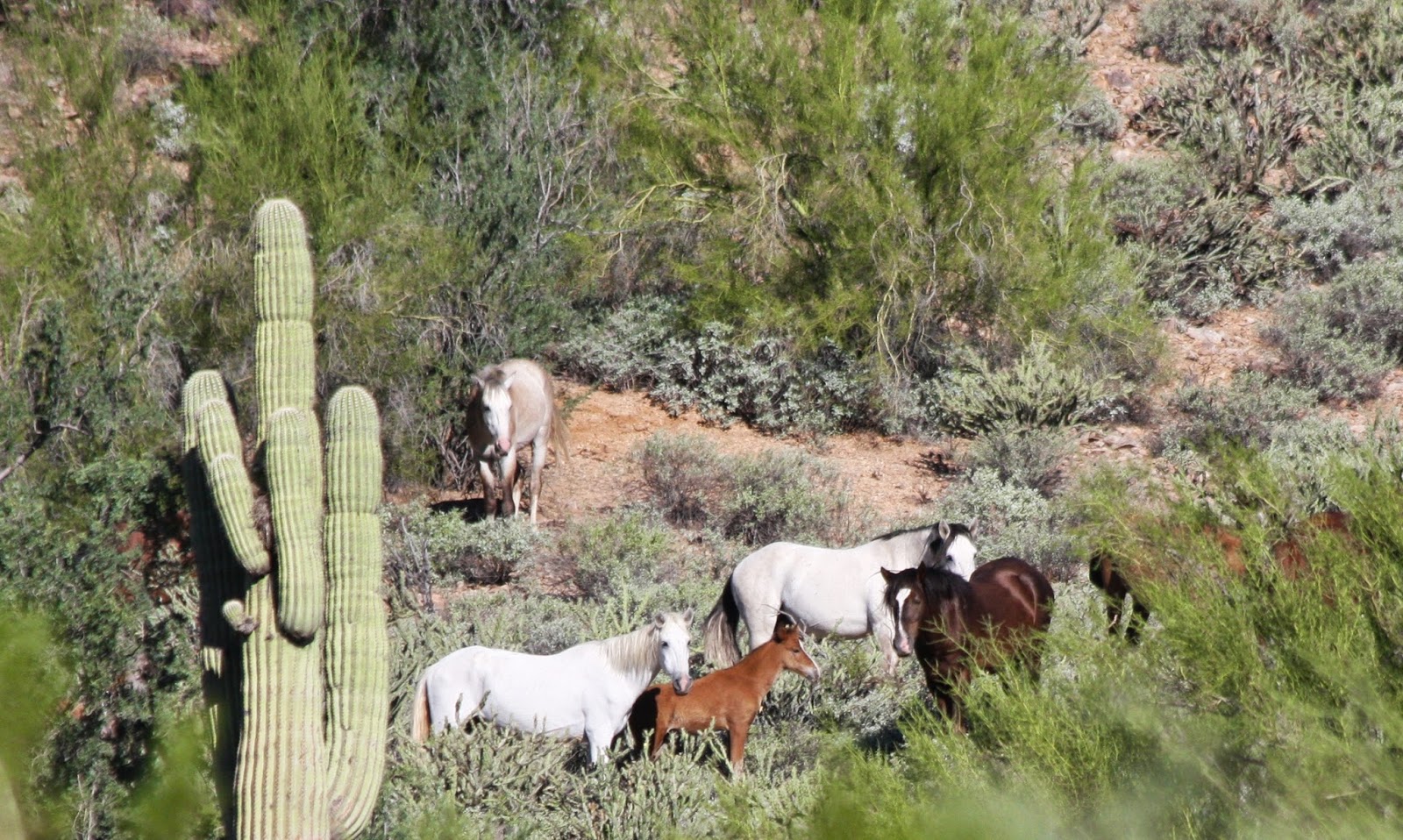 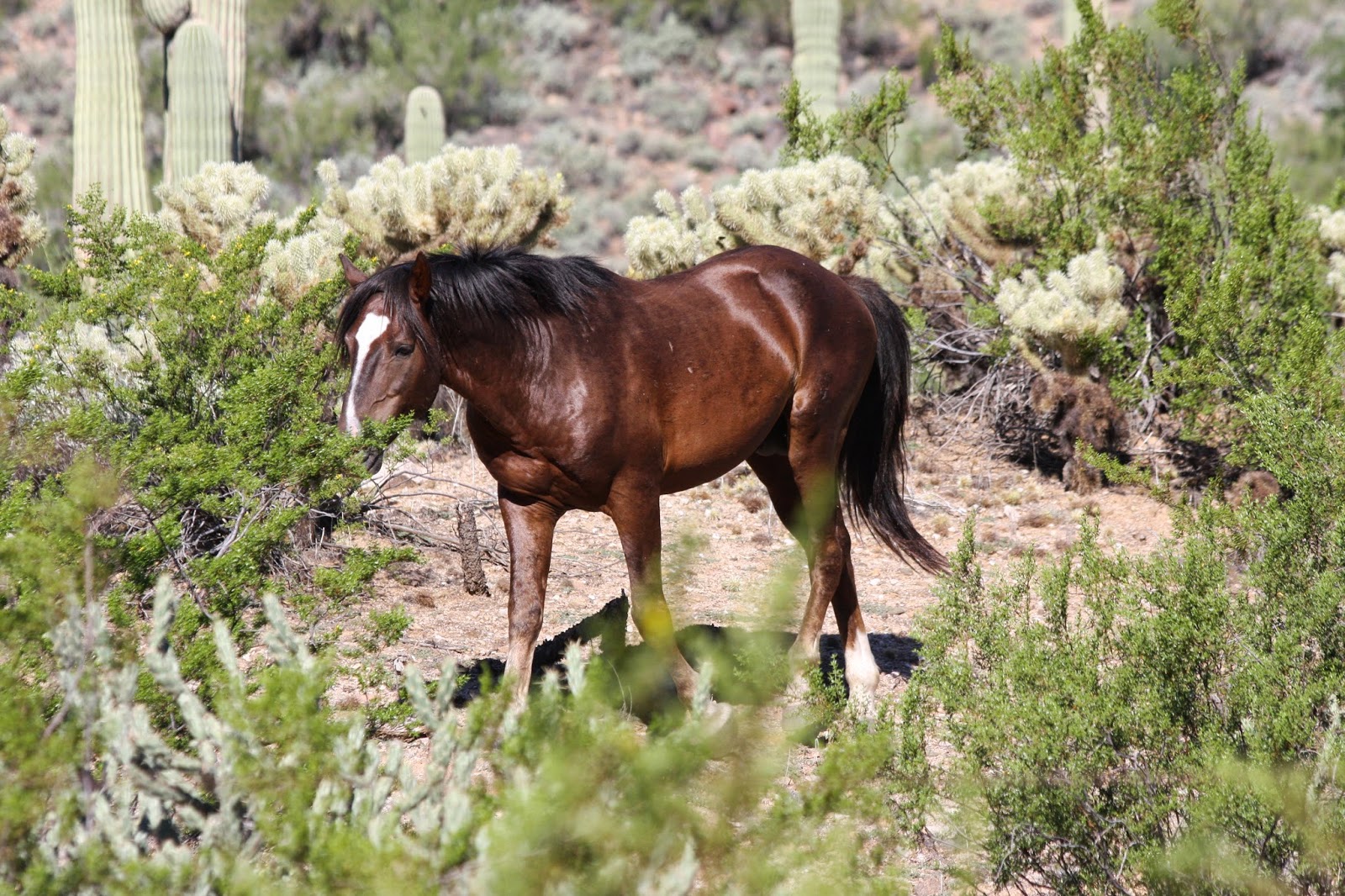 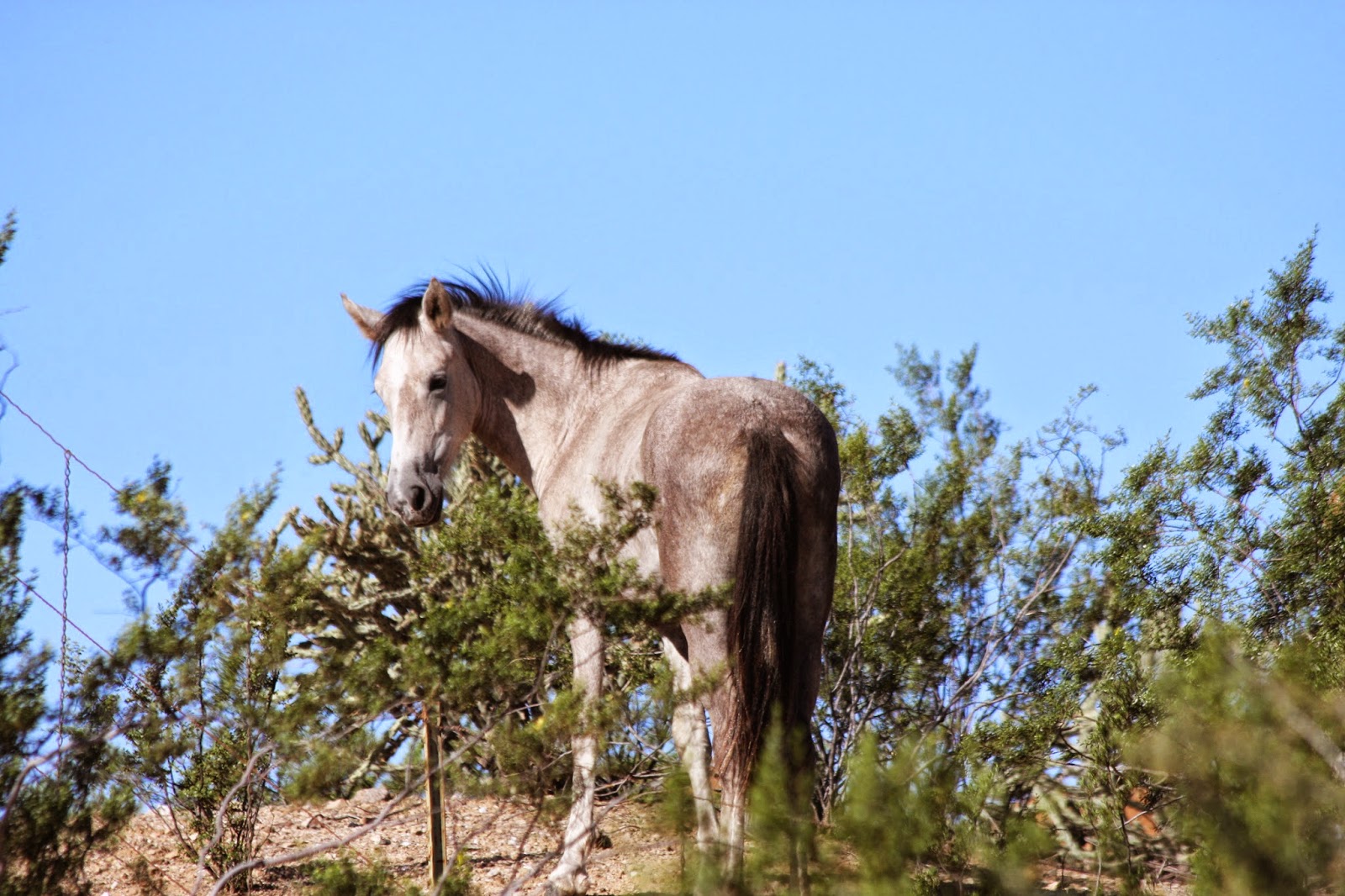 And finally, the's two are only slightly cropped to get rid of the excess background and are two of my favorites 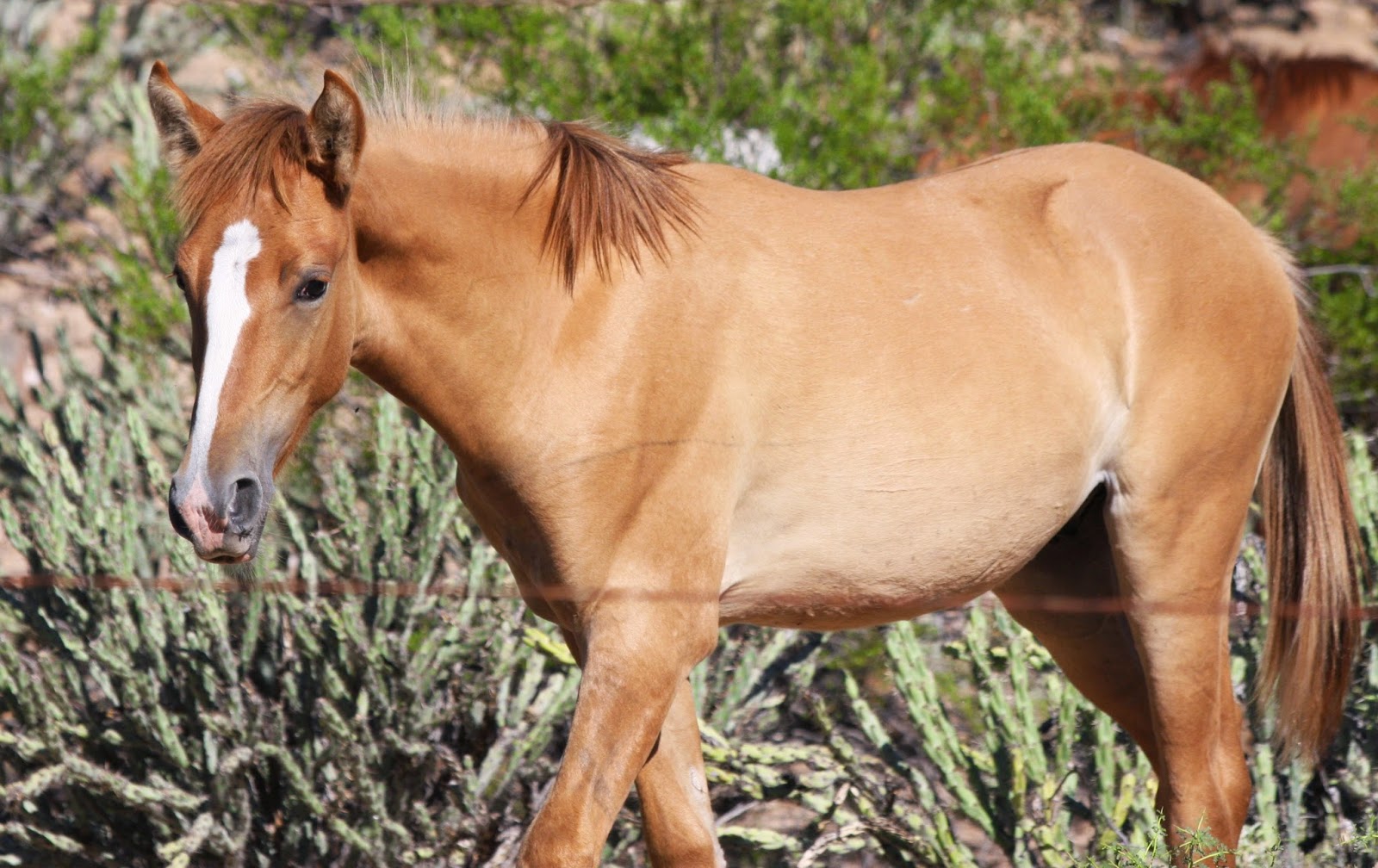 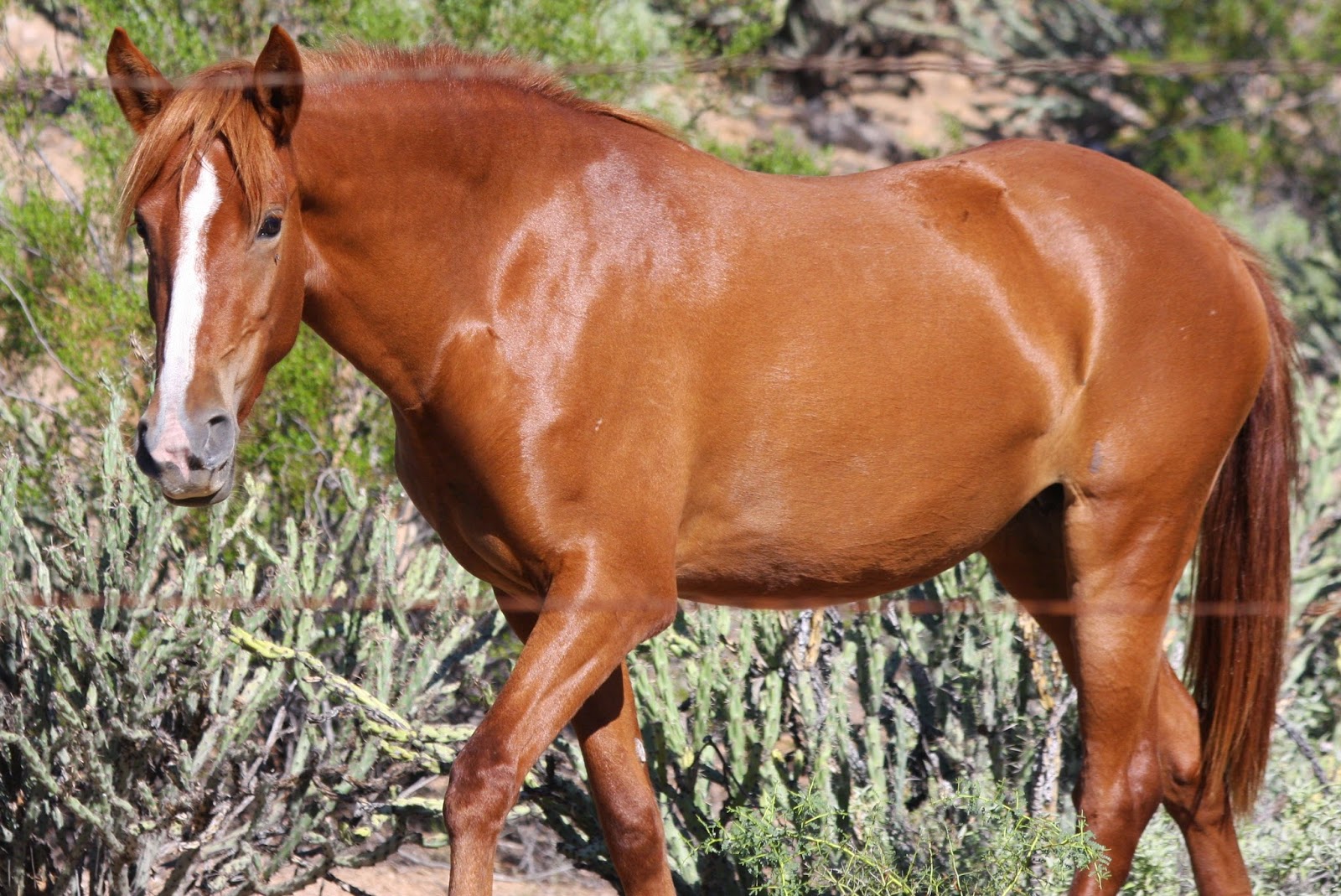 Most of the horses looked really healthy and like they're finding plenty to eat, but one nursing mare...you can see her in the first photo with her foal...was underweight.  Not horrendously so, but you can see her hip bones.  Hopefully she'll get some meat on her and soon.  Oh, and in case you can't tell, the line in a couple of the pictures is fencing.  😆 I tell you what, though, I really do feel fortunate every time I see them.  I am always honored when they allow me to share their world.

Today is Friday,  obviously.  No exciting plans.  My brother went with a buddy to their friend's cabin up north so mom and I are on our own until Sunday.   Often times we go out to eat at our favorite steakhouse when he's out of town, but he'll be going to NASCAR in November and so we'll probably go then.  There's a horse show streaming on USEF.Com so I'll probably watch some of that.

I hope everyone has a great weekend!
Posted by Brenda at 4:59 PM