Anybody who has followed my blog or even read it off and on probably know I love Cheetahs.  I'm a huge Cheetah nut!  Whenever I go to the San Diego Zoo Wild Animal Park (or, Safari Park as they're now calling themselves, but I still call them the Wild Animal Park or WAP for short) I always spend most of my time at the Okavango Outpost, which is where the 3 Cheetah live.  I won't go into a big ol' story about the history of the litter of 4, but will just say that my passion for this African Spotted cat really intensified when I took a behind-the-scenes tour at WAP and not only had an (non-physical) interaction with Pombe, but I also heard a Cheetah purr for the first time.  Yes, Cheetahs purr just like a domestic cat.  That is the main difference between Big Cats and Small Cats.  Big Cats include Lions, Tigers, Jaguars and Leopards and they can roar but not purr while Small Cats such as Mountain Lions and Cheetahs can purr but not roar.  And boy can a Cheetah purr LOUD.  They also like to lick anybody close enough to them.  Anyway, 3 of the 4 sisters born in one litter lived on exhibit at WAP while the 4th one lived at the breeding center.  Cheetahs tend to be nervous and excitable cats and Makena didn't like being out on exhibit so she was raised separate from her sisters.  Then Pombe started to separate herself from Etana and Moyo so it was decided she should move to the breeding center as well and possibly start having babies of her own.  To date, neither one has had any babies to my knowledge.  So, until recently I thought it was still Etana and Moyo on exhibit but then I saw a cat named Lindiwe mentioned and there's also a litter of 4 kittens. 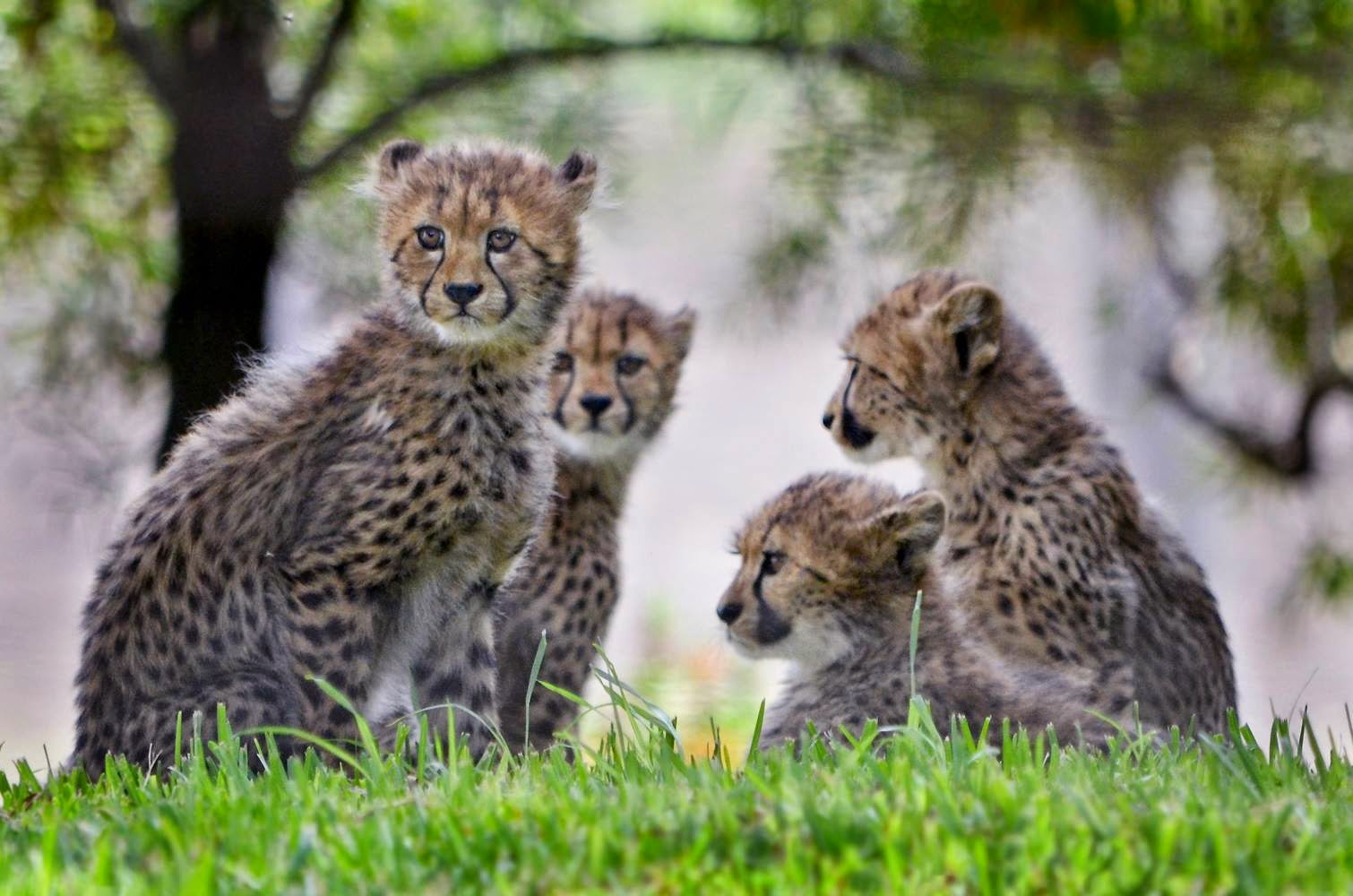 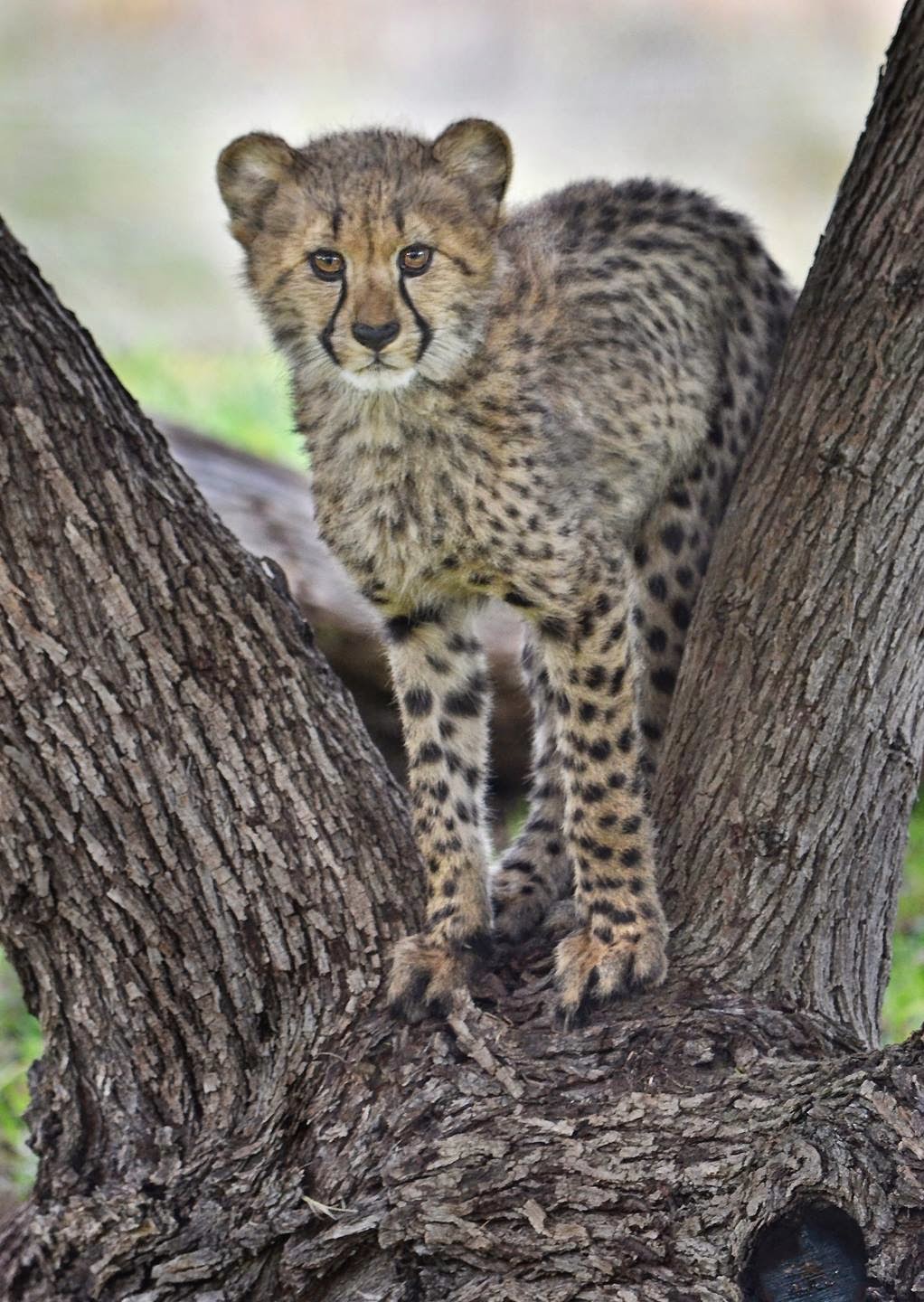 I have yet to be able to find out any information on them other than that they were born about 4 months ago and there's 2 boys and 2 girls.  I don't know who their mom is or anything else because the information hasn't been put on the internet about them and I haven't been there in about 3 years or so (I don't always like making the 30 minute drive from San Diego to Escondido) so I haven't been able to ask anyone about them.  I was supposed to go to San Diego tomorrow for a couple of days, but had to cancel that trip but now that I have a good car, I'm going to try to go in February before my membership expires.  We'll have to wait and see, though.  But that's still about, what, 3 months off?  And these 4 little ones will change quite a bit in that time.

But that's not all on the Cheetah front.  A few months ago my local zoo lost both of their males due to old age.  First Ratel died from either heart failure or myocardial fibrosis and then his brother Juma
died 2 months later from renal failure.  That was back in January and March respectively and while they said they planned to get another one, they couldn't give a timeline for it.  I was heartbroken to hear of their passing and have avoided the zoo since then because like in San Diego, most of my time spent at my local zoo was with the Cheetahs.  Over the past several months, I kept hearing of babies being born at other zoos and kept wondering when we would get them again.  Another zoo, on the west side of town (that I really don't like...the zoo I don't like I don't care one way or other about the town), even recently imported a brother and sister from a facility in South Africa, which made me really upset because the zoo is a horrible place for the animals and I don't want them having Cheetahs.  Well, anyway, yesterday I was looking at a friend/co-worker's Facebook page and saw something that had somehow slipped past me on my own Facebook page.  It was a post from the local zoo (the one I like not the bad one) 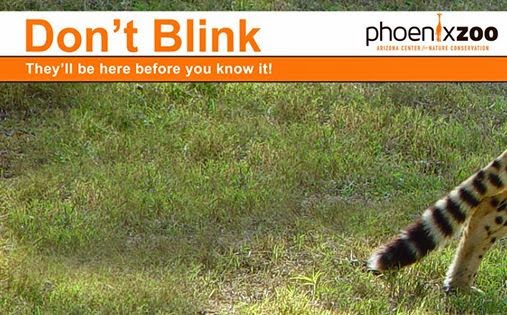 That is a Cheetah tail and leg.  Does it mean they're close to getting some again?  Or are they just using the picture to hook us and reel us in and it turns out to be some other animal?  I'm really hoping they're close to getting another Cheetah, preferrably two or more.  In the wild, the males group together and form a Coalition while the females are solitary except when they have kittens to take care of so I think having 2 or more boys would be better.  I have so many questions about them.  Where are they coming from.  How old are they.  Are they male or female.  Hopefully the zoo will reveal all of this soon.  I miss going to the zoo, but it was never as apparent to me as yesterday when I saw this post from the zoo.  The friend/co-worker and I were often joking about going to the other zoo in Phoenix and kidnapping their two Cheetahs and bringing them back to Phoenix, but now we won't have to.

Well, today is Friday.  It's also Halloween.  The company I work for will have a costume contest in our main car court area.  There's a gal in another department who raises assistance dogs and she's bringing her latest trainee dressed as a cat.  Should be interesting since Diane is a "light blonde" Golden Retriever.  I hope everyone has a good weekend!