I have a real hard time with money.  I don't have any.  Why don't I have any?  I like to spend it too much!  hahaha.  Most of the time I'm pretty good at not spending it all, but when I get it in my head that I want something, my brain rarely rests until I buy it (frequently) or manage to talk myself out of it (rarely).  I am currently facing such a situation.  It's kind of funny, though, because a co-worker just asked me how to manage sitting in front of a computer all day and doing our job without going crazy.  I told her to find something to distract her for a few minutes and goof off a bit.  As long as our work gets done, goofing off a little is okay.  She recently moved back from a position within the unit where there was lots of down time and is now doing a job where it's pretty constant work and she's having a difficult time getting adjusted. How is that related to the "issue" at hand...? I'm doing it right now. I am "goofing off" rather than working

Anyway, unless I manage to talk myself out of it, I will likely be buying another scanner within the next week.  I have one at home that rarely gets used so I'm hoping I'll be able to convince my brain that bringing that one to work will be "good enough" and I don't really need a 3rd.  Of course, if something goes on like a big storm or something, I won't have the benefit of a scanner at home to listen, unless I go get the one out of my car, but the problem with that is I don't always have batteries available for it.  In my car, it runs off the USB port.  At work and home, I can use the DC adapter.  So my brain tries to justify the expense by saying I need one for work in case something happens "at home" and I need a scanner there.  And usually my brain wins out because it NEEDS whatever item I'm trying to convince it not to buy.  <sigh>

So then there's the 2nd part of my dilema...which one to buy.  The one in my car is one of the higher-end models price-wise and not something I plan on repeating because of the higher cost.  I did, however, find several on Amazon that are contenders and cover a decent spectrum of costs and capabilities.

The Pro-106 is a good scanner.  It's what I have at home and have had for about...hmmm...6 years now?  The downside to this one is that it's an older unit, is no longer manufactured and I need a degree in engineering (or a pro account with radio reference) to program the digital frequencies.  This is the cheapest of the ones I'm considering. 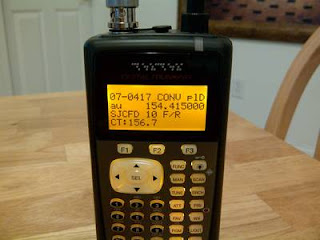 Next we have the Whistler 1040. Whistler bought out GRECOM a year or so ago and is repackaging the old Radio Shack scanners as well as the GRE ones while they work on making brand-new ones. This is the most expensive of the 3 I'm considering. The plus side is the company is still in business, but the downside is, again, the programming of it. I would have to pay $18 for the premium subscription on Radio Reference. No big deal. It's convenient to have for sure. Visually, it's almost identical to the 106, but it has a couple of parts that are a different color.  I want to say it has one or two different features that 106 doesn't have, but I don't know if those features are worth the extra cost. 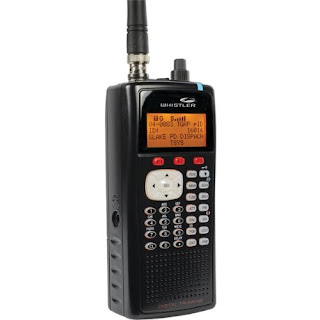 Finally, there is the Home Patrol. Usually this is priced out of my range, but I found one that is what I consider affordable. This one is the easiest to program because it has the entire database within the unit and all you have to do is enter a zip code and tell it what you want to listen to. The "drawback" is that it's an older model and they have since released a newer version which is out of my price range. Well, that's not exactly accurate. It's more than I want to pay. 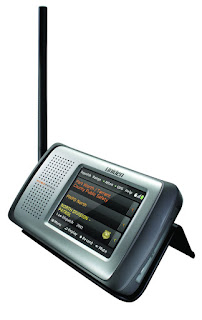 I really don't know what I'm going to do. I'll bring my PRO-106 to work and see how long that works before my brain starts insisting I buy a new one. hahaha.

I hope everyone has a good weekend...if you bothered to read any of this...hahaha. I've decided to come in for a few hours tomorrow and work some OT. I always end up questioning my sanity while I'm here.