It's settled.  Either I need to plant me a money tree or I need to remove Stone Horses from my Facebook feed because it just gets me and my checkbook in trouble.  Just a little while ago I was on FB and saw they were having a weekend sale so I went to look.  Big mistake.  BIG.  Huge.  There were several that I want and while I know they have lay-away, I don't like spending that much money on one horse.  I definitely have champagne tastes but on a Smirnoff Ice budget.  Yes, I know the saying is "beer budget" but I don't like beer.  I've always had fairly expensive tastes, but most of the time I'm smart enough to live within my means.  But that doesn't keep me from drooling all over the plastic prettiness... 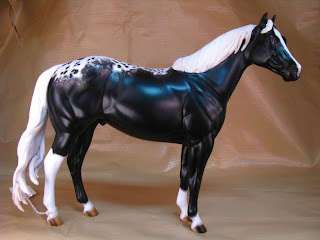 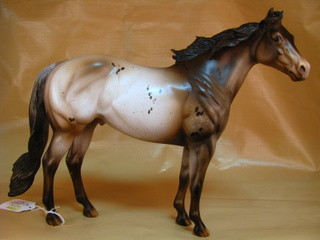 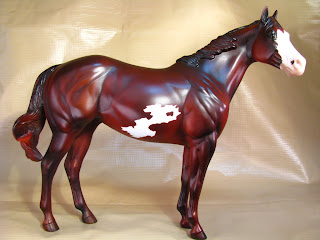 Good thing the appy below is sold out or I might be tempted to do layaway on him. 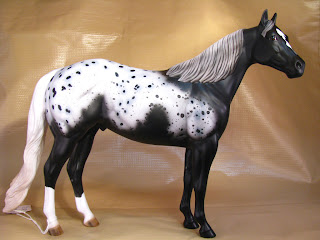 This next one...Mad Max...is actually a Best Offer which means he'll likely go for oooooodles and oodles of money. 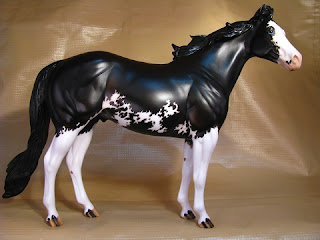 They're all more than $100 and many of them are more than $200.  EEEEK!  And then there's 4 new DAH colors, but I haven't figured out how to order the one I want...chestnut going grey 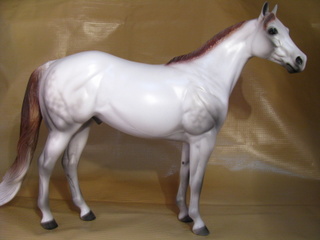 I'm not real sure that's realistic on anything but an Arabian, but it still looks cool.  But when I bring up the info for the regular bodies it doesn't give this option and I'm afraid of ordering the wrong thing, you know?  And then there's this one...I wish it was Traditional scale but it's Pebbles (stablemate essentially) and there's no way I'm paying that much for something so small! hahahahaa) 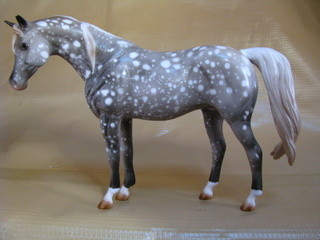 During the week I was PIFed a Twill from 3 wonderful women on Blab.  I need to take some good pictures of her and I'll post those on Monday along with the Stablemates I bought at The Brass Armadillo on Tuesday.  I only really have internet access through my iPad mini during weekends and it's a hassle to upload pictures to Blogger that way so I'll wait until Monday when I can do it from work.

So, the other day I got a private message (PM) on Blab from a girl I'd boughten Pay N Go from 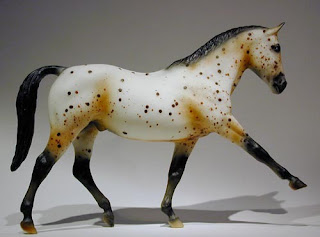 I won't go into the reasons why she was selling because that's her business, but she contacted me the other day and asked that if I were ever going to sell this model, could I please give her first chance at him because she never really wanted to sell him to begin with and regrets doing so but it had helped her out at the time.  I told her I'd sell him back to her now if she wanted him so we made arrangements.  Now, I have to find a box to ship him back home in.  I'm hoping he'll fit in one of the Peter Stone boxes I have.  I'm really glad I'm able to send him back to her because he means a lot to her.  Normally I don't like giving up models, but this is a special case, you know?  So, that's how my Saturday will be spent.  At the post office mailing him back.  On Sunday it's our usual grocery shopping trip.  Hurray.  I won't even say I'm going to try to make more halters because when I've said that in the past it's never happened.  hahaha.

I hope everyone, especially my TWO followers (thank you!!!!!!), has a wonderful weekend!