So, last Thursday I got a call from the local toy store I do the majority of my Breyer buying from.  He'd gotten in the mid-year releases and wanted to let me know.  I asked about Harley D Zip, the only one I was really interested in, and he said yes and asked if I wanted him to hold one for me, which I said yes to, of course.  hahaha.  On Friday I went down during lunch since it's only about 2 or 3 miles from work as opposed to 14 or so from home and he showed me what he'd gotten in, including the Harley D Zip.  There were 5 to choose from but since I was on limited time and would probably want to socialize a bit with the owners, I looked at 3 of them and selected one that looked semi-glossy over the more matte one.  I may have mentioned before that I'm not the type of collector that scours all the models and goes over them with a fine-toothed comb in search of the best shaded, best dappled, darker/lighter one but if I see an obvious difference then I'll choose based on that.  Of the 3 I looked at, one was very matte and one was semi-glossy (I barely glanced at the 3rd) and I took the semi-glossy.  And without further ado, here he is 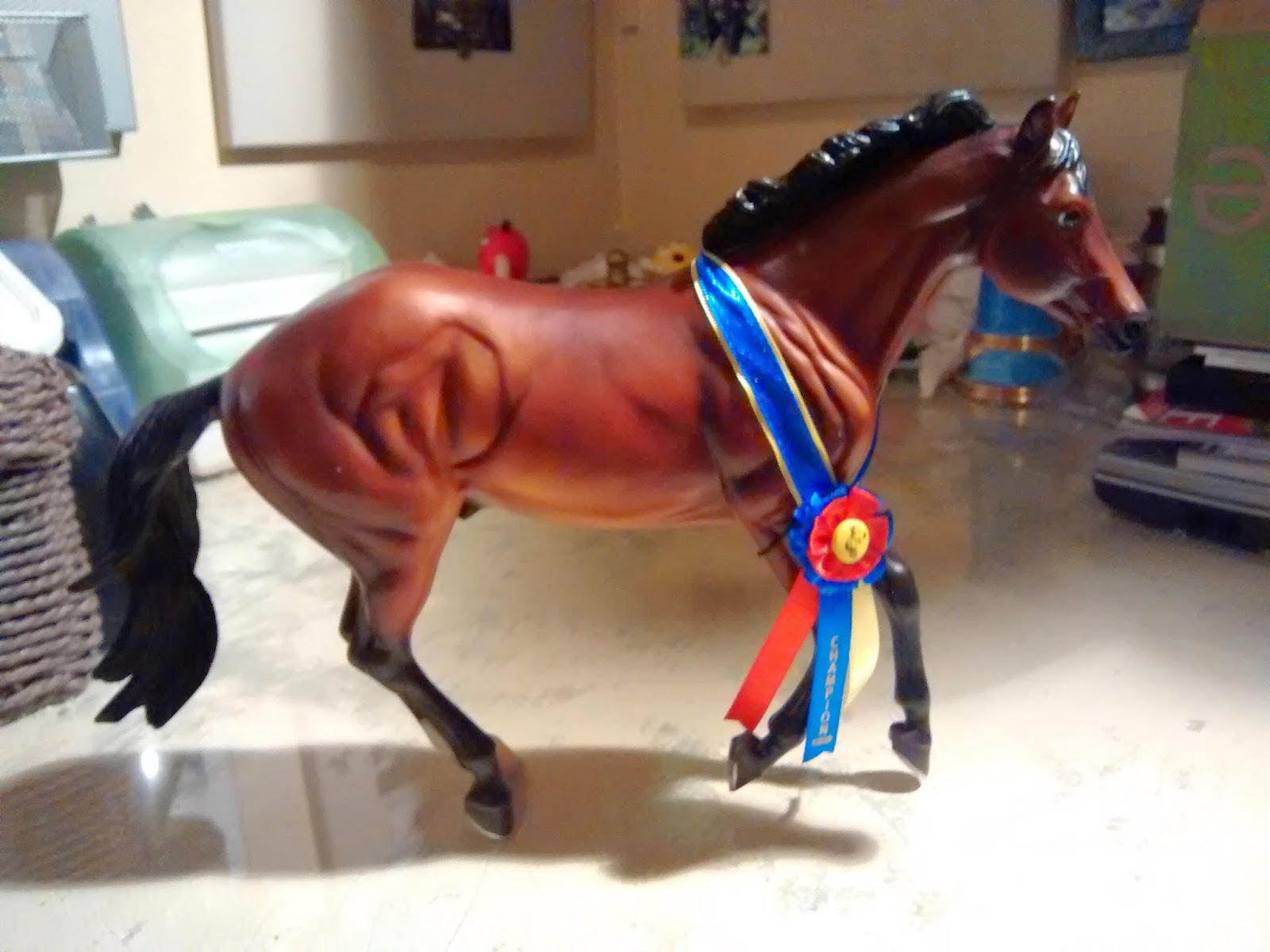 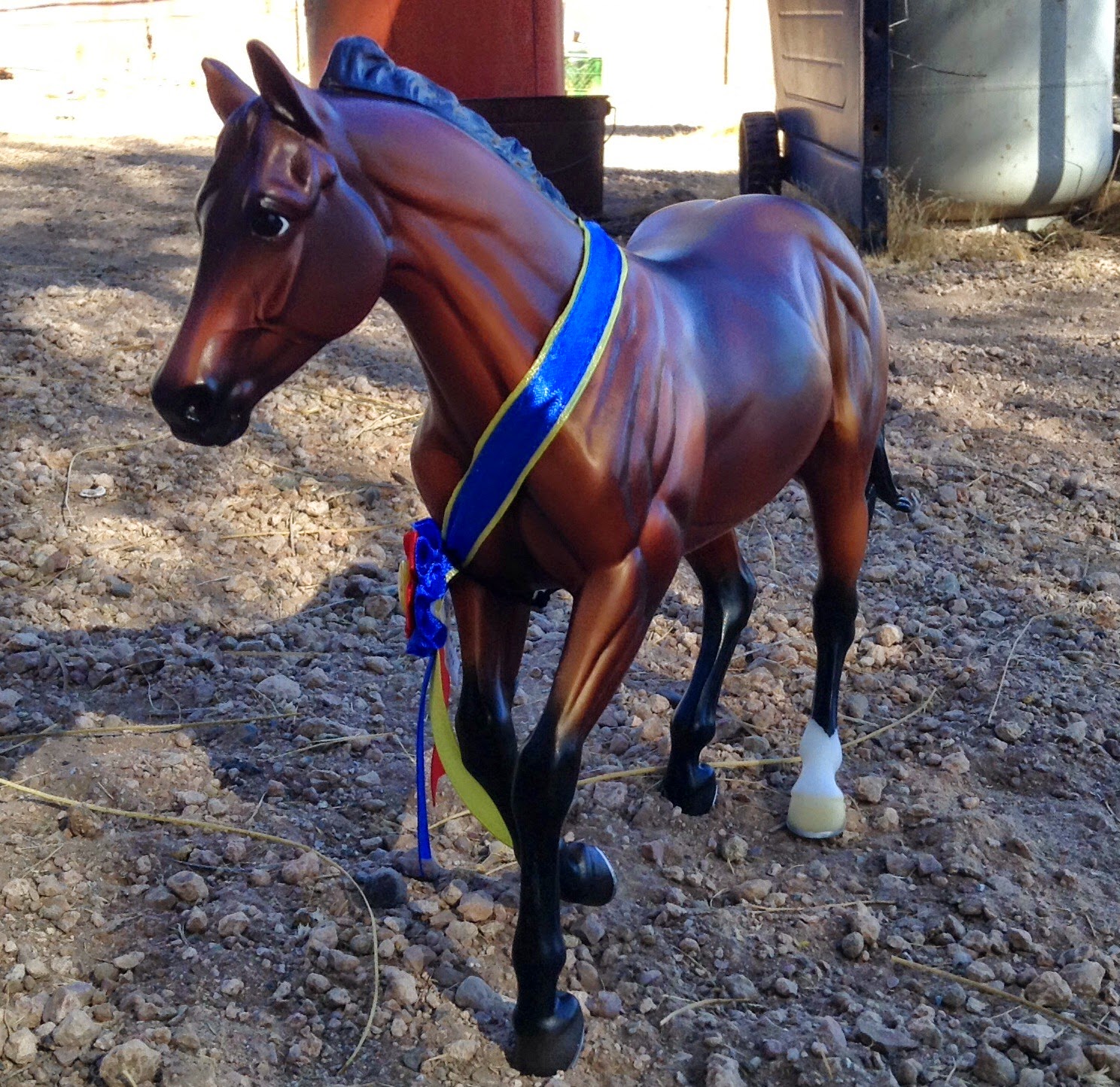 Harley D Zip is the first regular run on this model, but because he was released as a Premiere club model first under the name Latigo, that's what the mold name is being called.  I need to find me a Latigo now 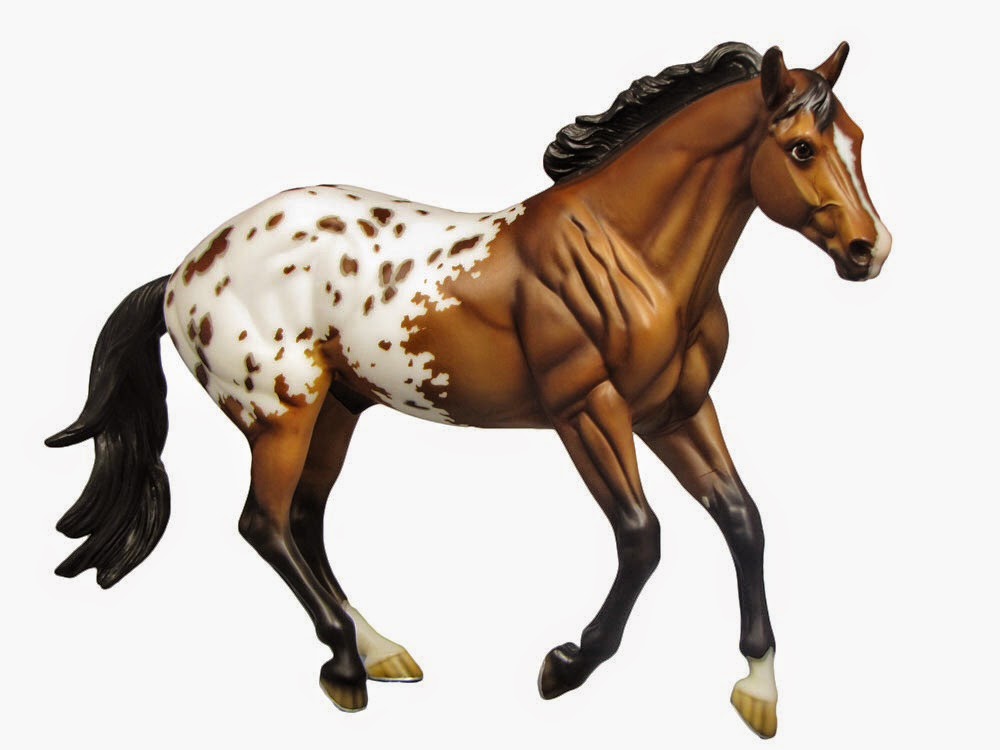 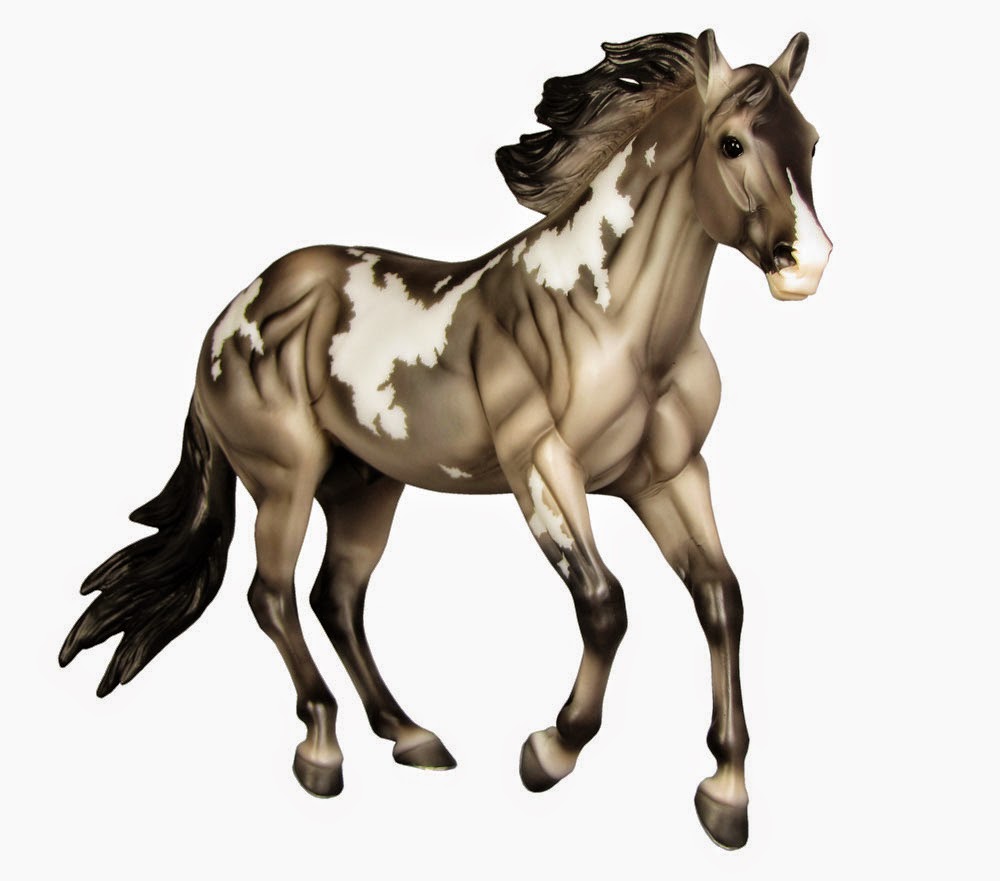 I really wish they hadn't changed the mane on it.  It doesn't flow as nicely as Latigo and Harley.  Oh, but wait.  Now there's another Latigo mold that will be available, except this sucker is one of the auction items and so I won't have any chance getting him because only one will be made.  Bummer 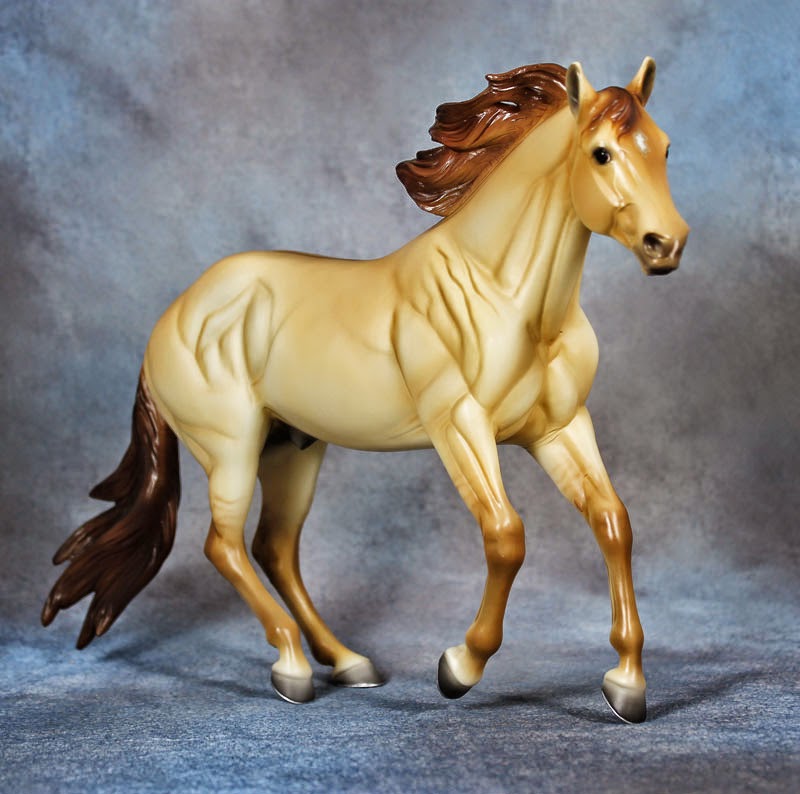 Such nice, soft coloring.  He doesn't seem to be very popular on Blab, but I like him.  I think the simple color suits him.  Oh well.  You can't please everyone, right?  hahaha.

This week at work is going to be pretty crazy.  We are buried in work and we're moving on Friday.  Well, the move will be over the weekend, but our last day is Friday and we get to leave a little early.  Nobody is likely going to get much done.  When CERU moved they worked for a couple of hours in the morning then stood around and ate pizza before leaving at 1pm.  We'll get to leave at 2, which is nice.  We still have to pack up, too.  Our supervisor wants us to all take an hour tomorrow to pack up our desks, leaving out only what we'll need for the week.  Hahahaha.  We'll only be able to pack our personal stuff then.  But we get to dress casual (jeans/tshirts/athletic shoes) the rest of this week plus next Monday so that'll be nice.  Our regular dress code is Business Casual but most of us stretch it to "Dressier" Casual.  Hahaha.

Well, I guess that's it.  I think I had more I wanted to say, but I can't remember now.  Til next time!

**edited**  Oh yeah!  I remember now.  Rajah is finally available for purchase.  I pre-ordered him back in, what, February?  I was on Blab this morning and saw someone had posted he was now shipping so I went to check my email and saw 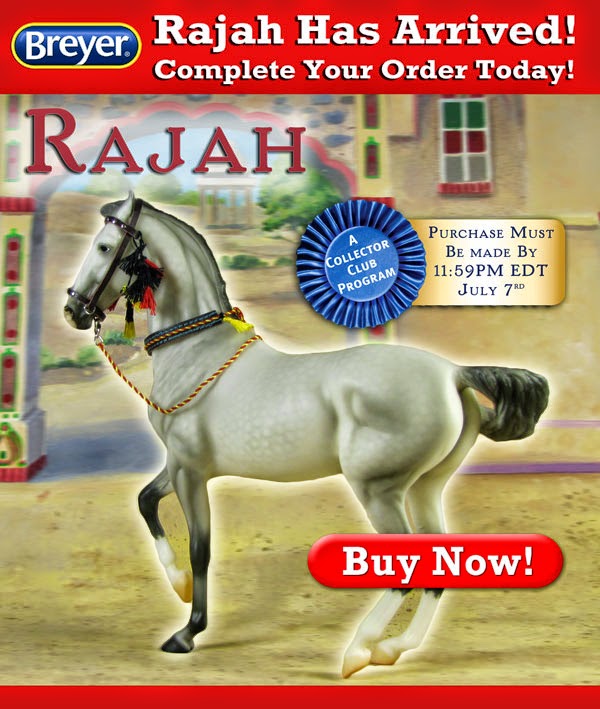 Hurray!  Needless to say, I bought him right away.  hahaha.  I can't wait to get him and add him to my Kalahkaari and Marwari models.  I'll be able to still have a complete conga of him (minus customs, but I don't consider them part of an official conga because they were painted from an OF...only official Breyer customs would count towards an official conga)

Well, this time that's it.  hahaha