I'm annoyed with Blogger again.  Or maybe it's my tablet I should be annoyed with.  Either way,  I'm annoyed.  On my Blogger page where it shows all the ones I'm following, it won't let me scroll down for some reason.  So if a bunch of people suddenly blog about something, I will only see the most recent 4, which is a bummer.

In a previous blog post I mentioned how neat it would be to ride a horse on the beach.  In Imperial Beach, which is south of San Diego, you are allowed to ride on the beach at Border Field State Park.  You can literally get within spitting distance of Mexico there and see an actual fence that separates the two countries.  I've been there once and was amazed at the number of families playing on the beach and in the water on the Mexico side and how easy it would have been to just walk around the fence or through it because the 'posts' were pretty wide as it extended into the water.  They have since changed that and now it's no longer as easy.

So anyway, I found some pictures of a group of people riding in the ocean or just leading them around in the water without the tack on them.  Some of the horses looked like they were enjoying the surf while others not so much 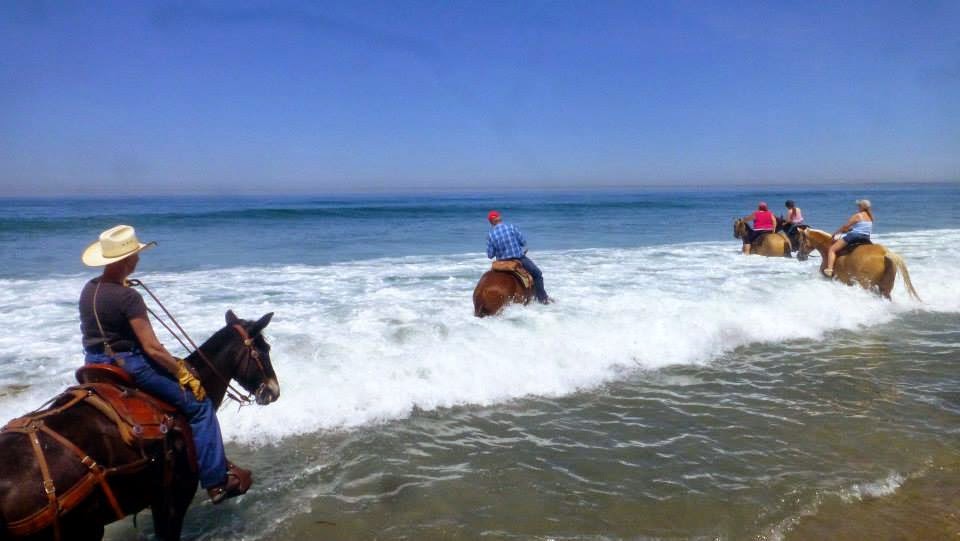 The group even raced along the beach a ways 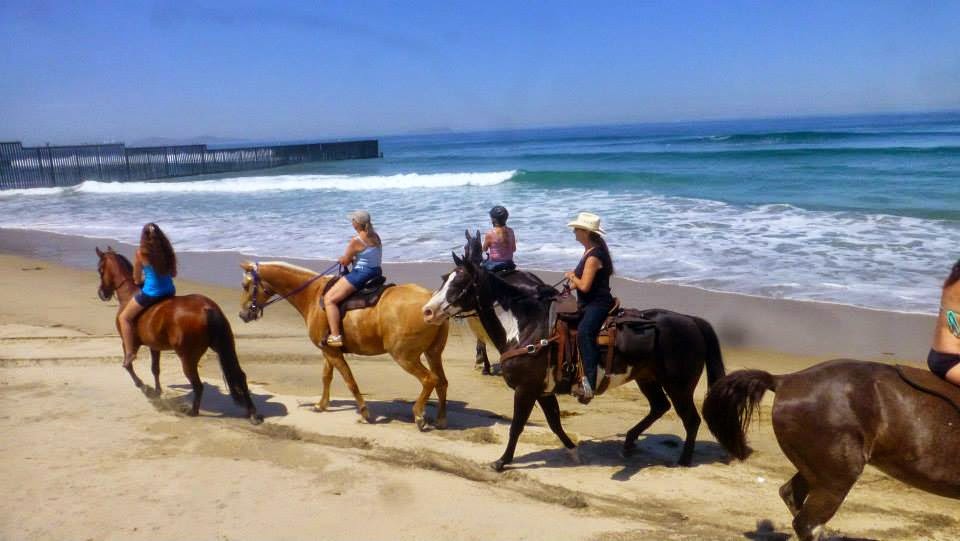 Unfortunately, it's the next picture that stood out to me the most.  Don't get me wrong, I'm not judging because I certainly don't have the right to, but it's obvious she's not riding a rented horse because no commercial stable in California would let her on one of their horses 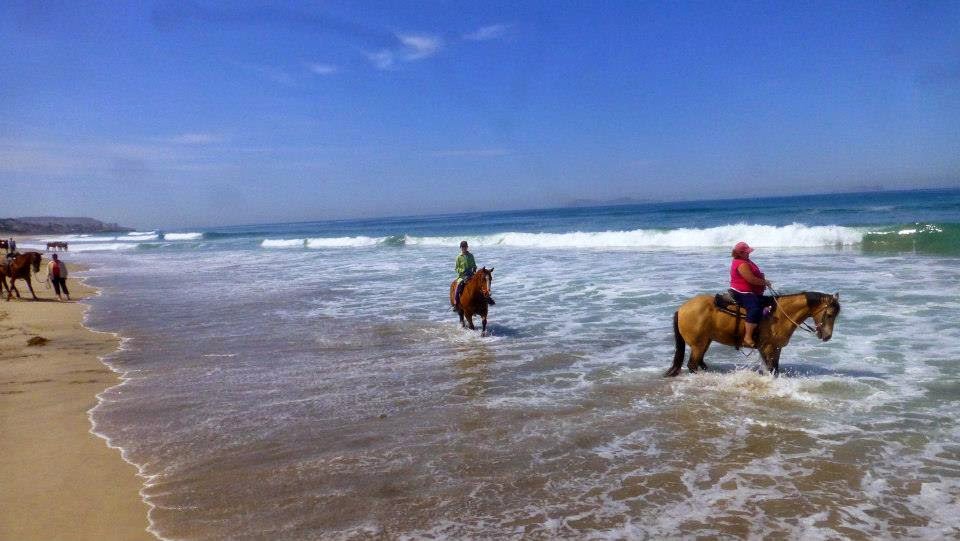 Maybe I should get my own horse... Except it would have to be a draft or part draft because I'd never imagine getting on a horse the size in the picture at the weight I'm at now.  But now that I've called out and pointed to the pink elephant in the room...how do I re-program my brain to want horses more than food?  My extra weight is the only thing keeping me from riding.  I've tried so many times to get with the program, but eating out is so much easier than making lunch every day to take to work.  My family isn't exactly suupportive in my efforts either.

**eta** One of my readers mentioned Irish Sport Horses so I looked them up on Google and found this beauty... 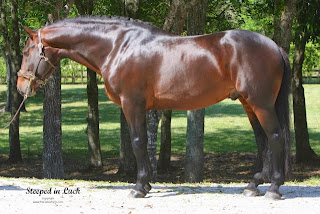 I'd also found a stunning gray one, but for some reason it won't upload. Bummer since he's absolutely gorgeous! Anyway, thank you, Bella, for mentioning a breed I hadn't even thought of. :)

So, the past 3 days, today included, I felt the need to get away from the office.  Monday would have been my dad's birthday and I really didn't want to be at work that day so I went out at lunch...there's a neighborhood about a mile or so from my office that has horse property so I drove over there to peek in on a couple of places where you can see the horses from the road.  I've posted pictures here before that I've taken in the area.  I saw some horses.  A couple of what I initially thought were Alpaca only to get a better look at them yesterday and realize they were Llamas.  And also some really neat houses.  I'm a nut for nice houses.  Add to that hearing two good songs on 'regular' radio stations and William Tell Overture (lone ranger theme) on the classical station I've been listening to more and more lately, getting a good parking spot when I got back to the office and getting back to my desk right exactly on time, I was feeling pretty good.  I don't feel as though driving around during lunchtime every day is the key to staying happy at work, but I think maybe I should get away from my desk more often.

I've had my car for a month now and my first payment is due in 2 weeks, but I have yet to hear from the bank that holds my car loan and that's making me nervous.  Also, I got a letter today from the dept of trans saying I don't have liability insurnce on my Ford and I'd better prove I have it or they'll suspend my registration.  Of course I don't have insurance on it anymore...I used it as a trade-in and the dealership was supposed to submi the notice of sale to ADOT within 10 days and apparently they didn't so now I have to contact them to find out what's going on.

Next Thursday is Thanksgiving.  My office is closed Thursday and Friday for the holiday so I also took Monday, Tuesday and Wednesday off.  The plan is to drive down to Tucson on Monday to visit the zoo there.  I haven't been there in a little over 4 years and they've had some acquisitions and births since then, including a pair of grizzly bears.  I'll talk more about that after my visit.  Other than that and having Thanskgiving Dinner.  Oh, and I'll probably go see Penguins of Madagascar that comes out November 26th.   I loved that cartoon when it was on Nickelodeon.  The movie voices won't be the same as the TV voices with 2 exceptions so that will sound strange to my ears, but I'm sure I'll get past that.

Well, until next time..

**update**
I went to the website listed on the letter received from the DOT yesterday and entered the information it requested. It told me the information did not match what they had on their records and that possibly meant the transfer of ownership had taken place already so a Notice of Sale wasn't necessary. O.o What? Then why the heck did you send the letter to begin with??? I just love the government sometimes. DOT is government, right? If not, they certainly act like it.
Posted by Brenda at 5:13 PM