Not in the market for a horse, but...

I've loved horses for as long as I can remmeber and I was definitely one of those little girls who asked for a pony of her own  Where will you keep it?  my parents would ask.  In my closet! was my answer.  But I never got my own.  My parents were working class and there was just no money in the budget for horse care.  So I tried to make myself happy by riding as often as possible and babysitting for people with horses.  My closest friend growing up had an aunt with horses...and two kids.  Even though S and I were only 4 months apart in age, she grew out of her horsey stage, discovered boys and became too 'important'/busy (in her head) to help her aunt with babysitting, even her own younger sister.  So I kind of became a surrogate sister for S's sister and their 2 cousins.  M, the aunt, had the horses and encouraged me to go to the boardng stable and take the foal out for exercise when she wasn't around.  In college I was briefly an Equine Science major and got to ride twice a week.  I also joined the riding club and got to be in 3 parades, on borrowed horses.  But I digress.

As an adult with a good, decent-paying job I could likely afford a horse.   I live less than a mile from the boarding stable I spent much of my youth at.    But I'm a bit of a selfish person.  Horses take a lot of time and care and cost a lot of money.  Even being as close to the barn as I am, I have a full-time job plus family obligations that would prevent me from spending as much time with a horse as it needs and deserves.   I guess recognizing that is unselfish of me.  But it doesn't stop me from dreaming.   After all, I haven't grown out of MY horsey phase yet.  Hahaha.

That brings to the purpose of this blog post.  I follow two blogs by ladies who recently (in the past year) adopted Mustangs from BLM.  We have wild horses in Arizona, but they're on tribal land and not subject to round-ups.  I've never had more than a passing thought on adopting a Mustang or even looked at what was available...until today.  I don't know what posessed me to look, but I did.  There were lots of great-looking animals, but these ones really caught my eye.  All pictures are from the BLM website 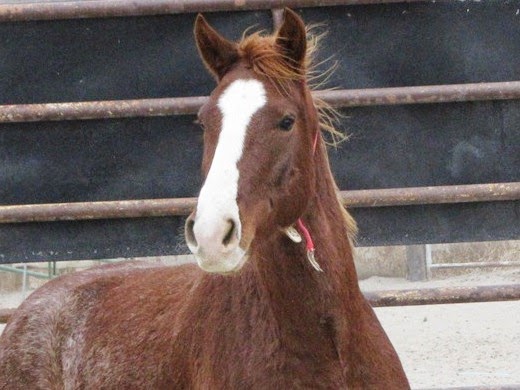 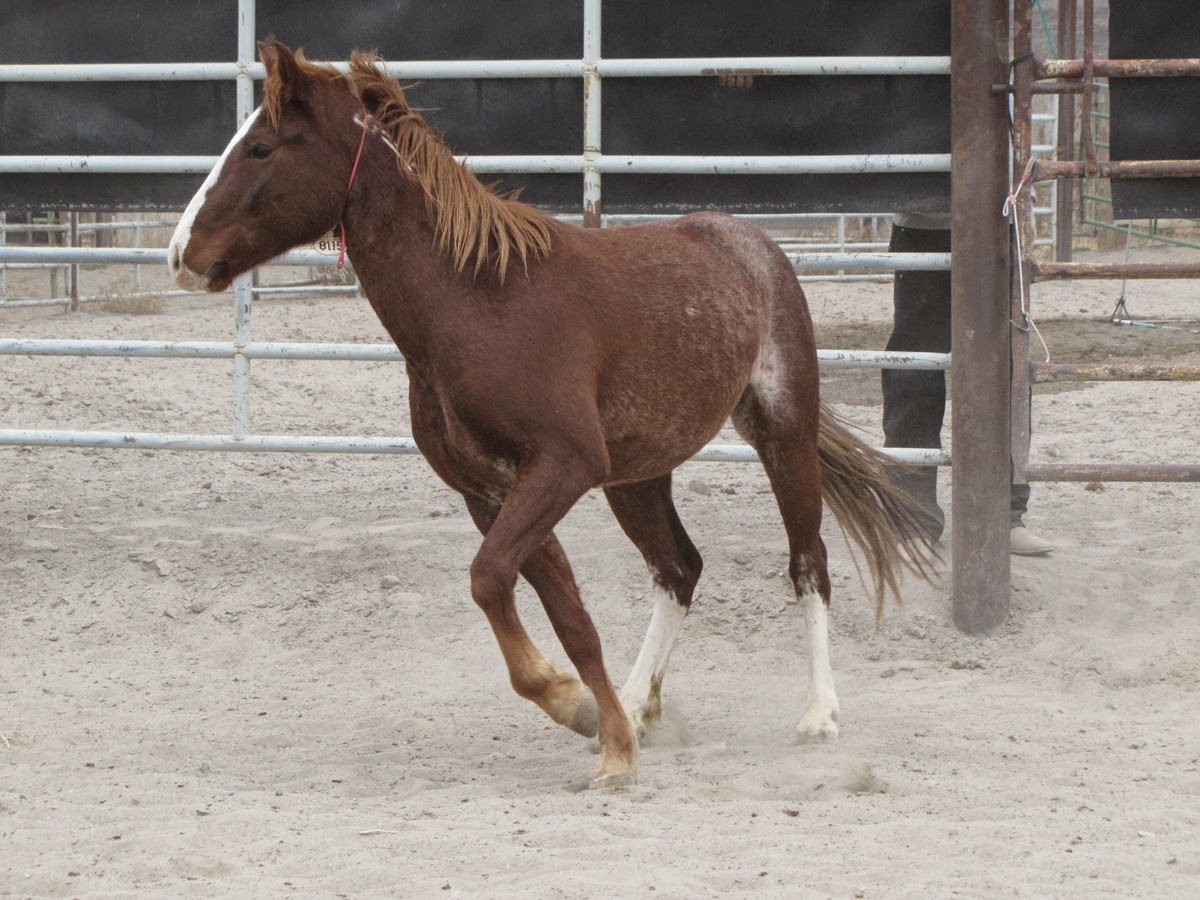 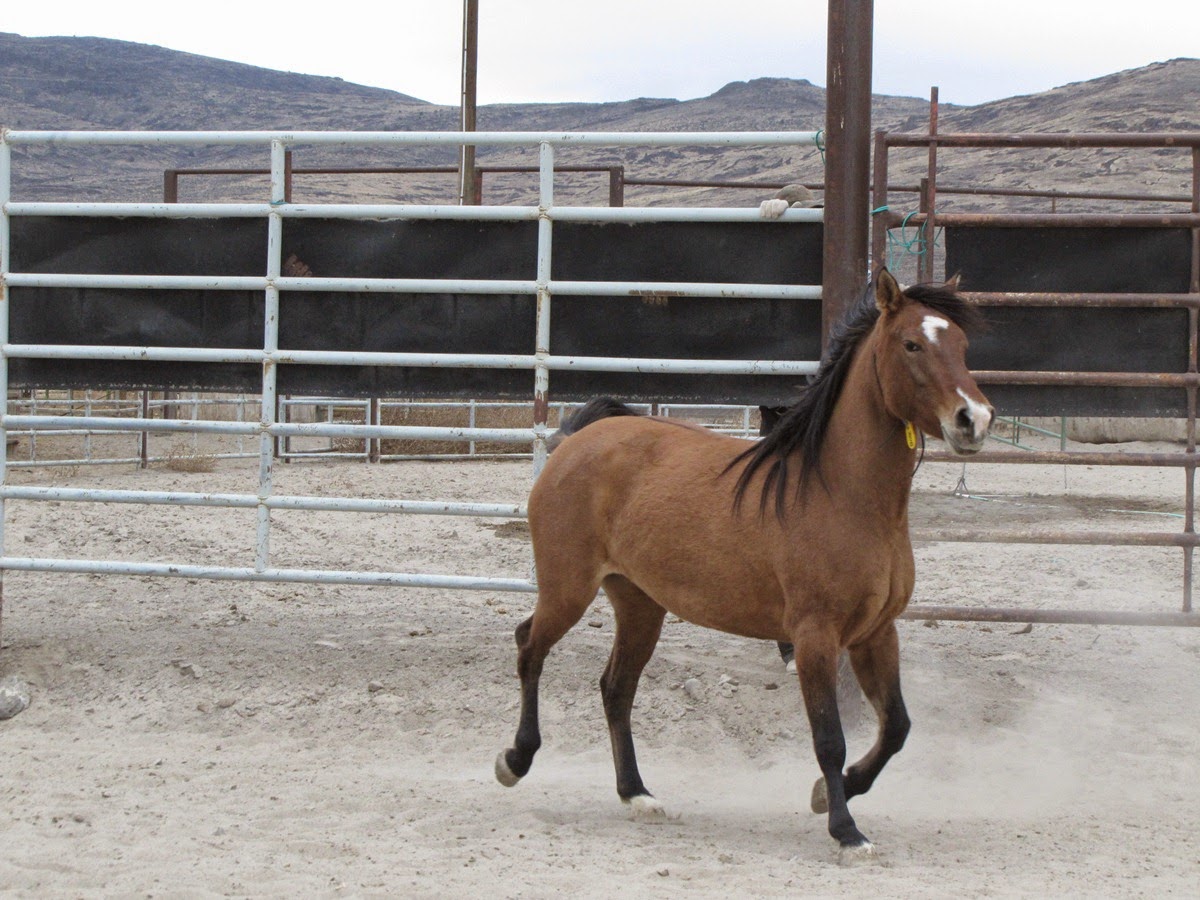 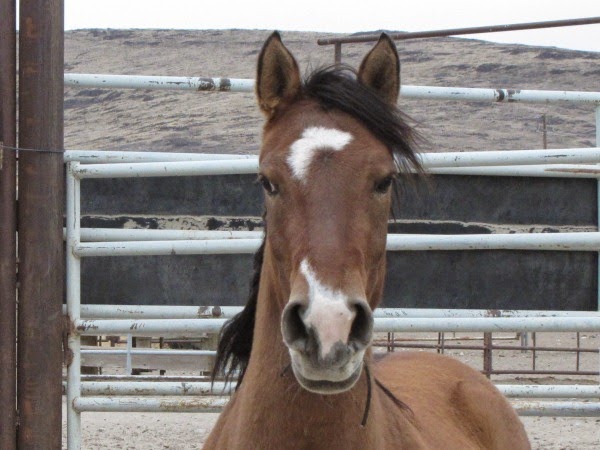 This is also a 3 year old mare, but unlike the previous one, this one is unuaually tall for being a Mustang.  She is 16hh according to her information.  She also has a sweet-looking face. 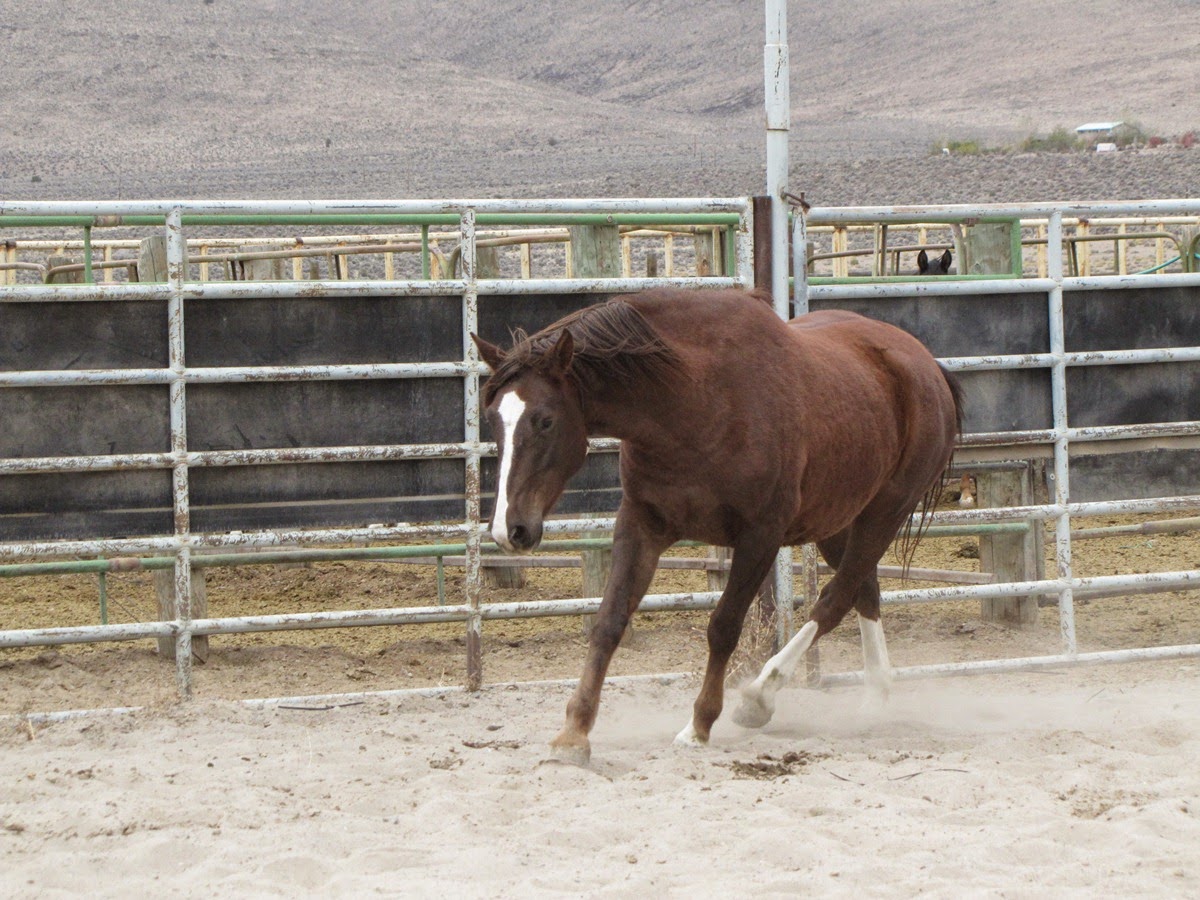 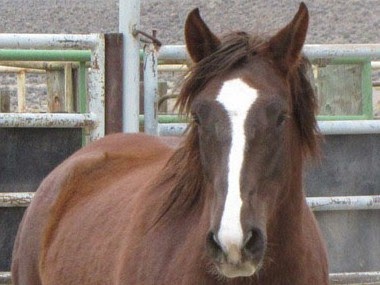 This next one is an unusual color, kind of a lighter bay with obviously a bit of Paint.  But it's the 7 year old gelding's super long forelock that caught my attention.  Younger boys who have this skater style haircut are often tossing their bangs out of their eyes off to one side or other, but do you think horses care if their hair gets in the way?  Hahaba 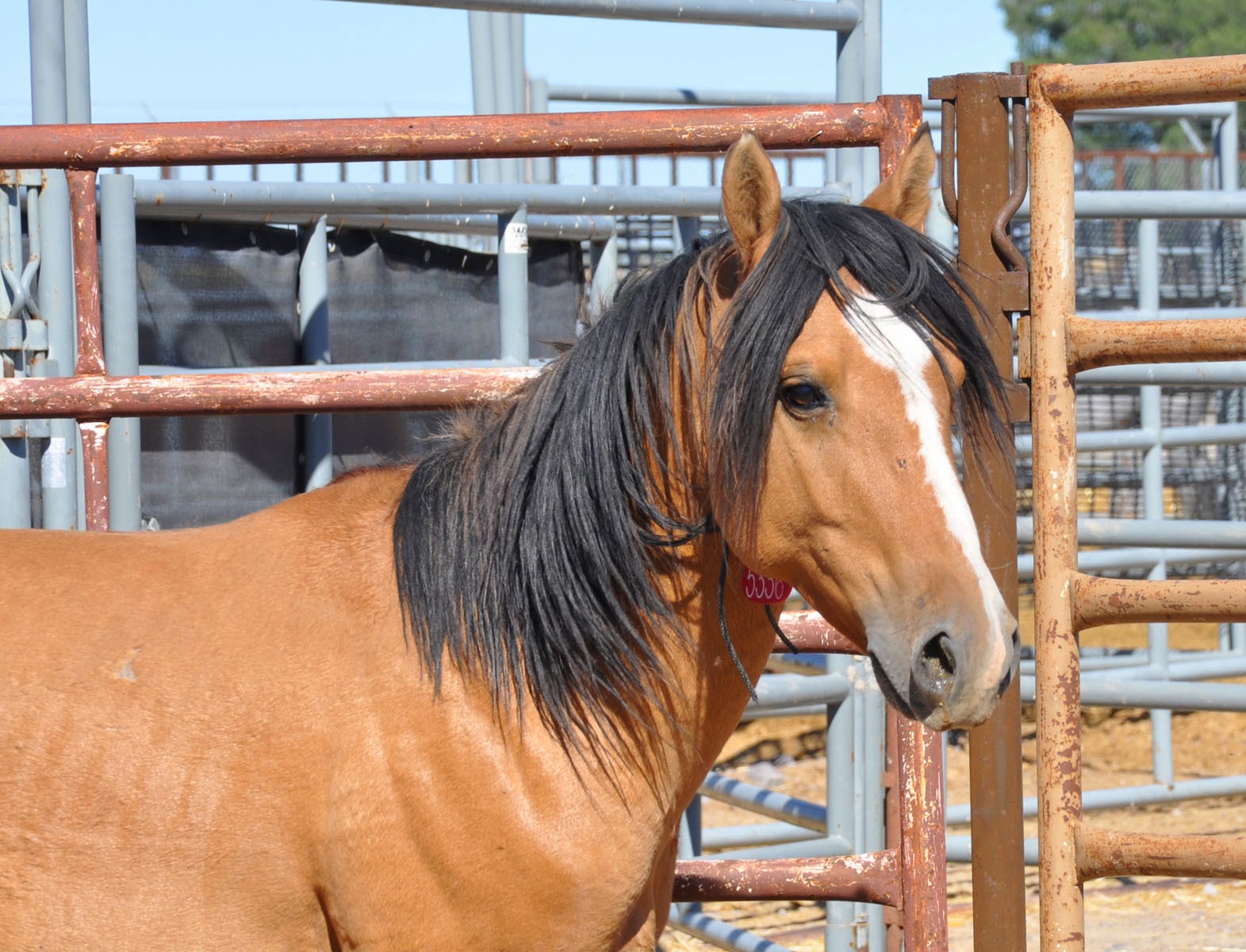 he looks like he could be a nice mover, too. 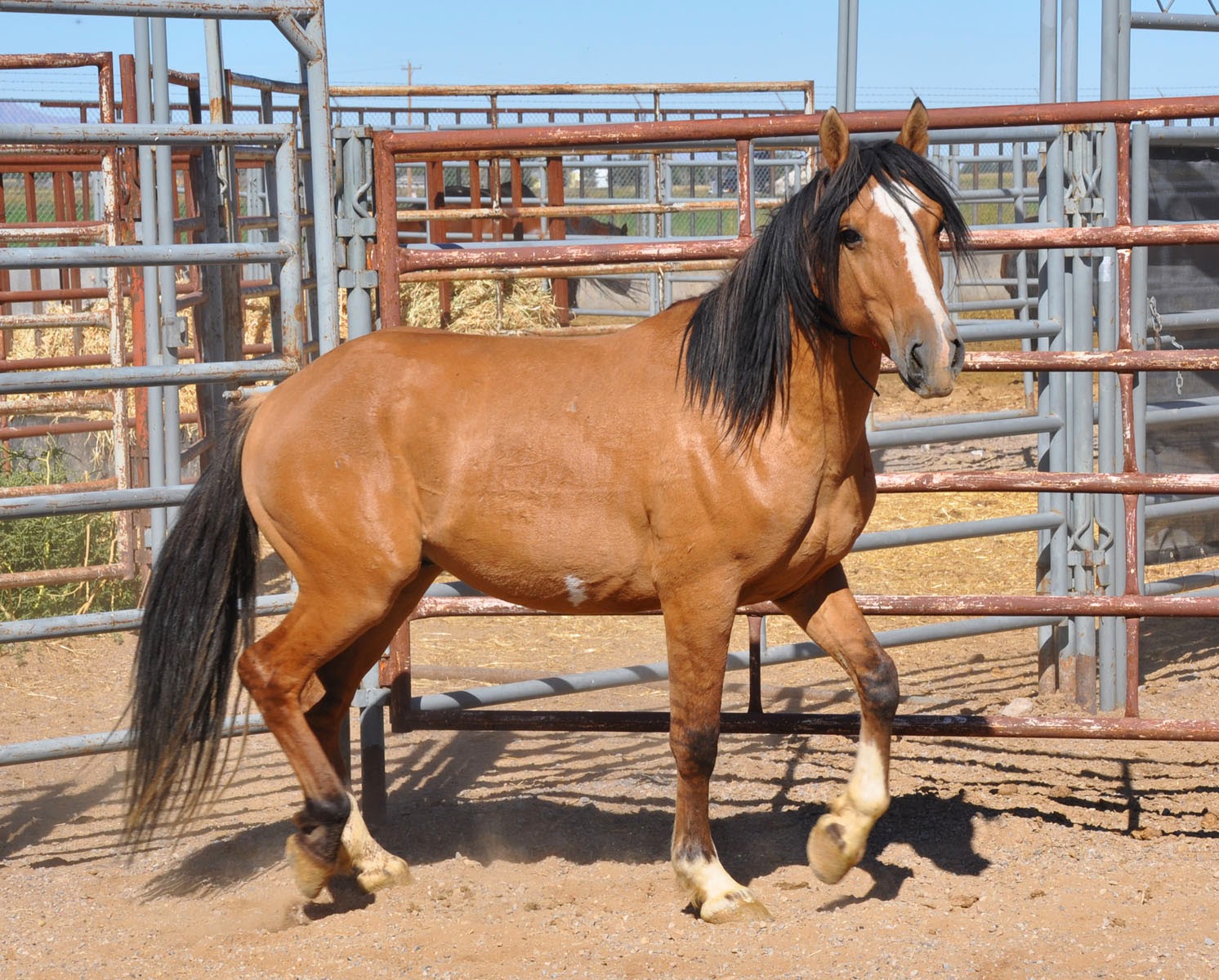 And finally, we have the youngest and most flashy-looking of the group.  How often do you see a blue roan on a Mustang?  This 2 year old gelding is going to likely be very popular at the up-coming adoption event. 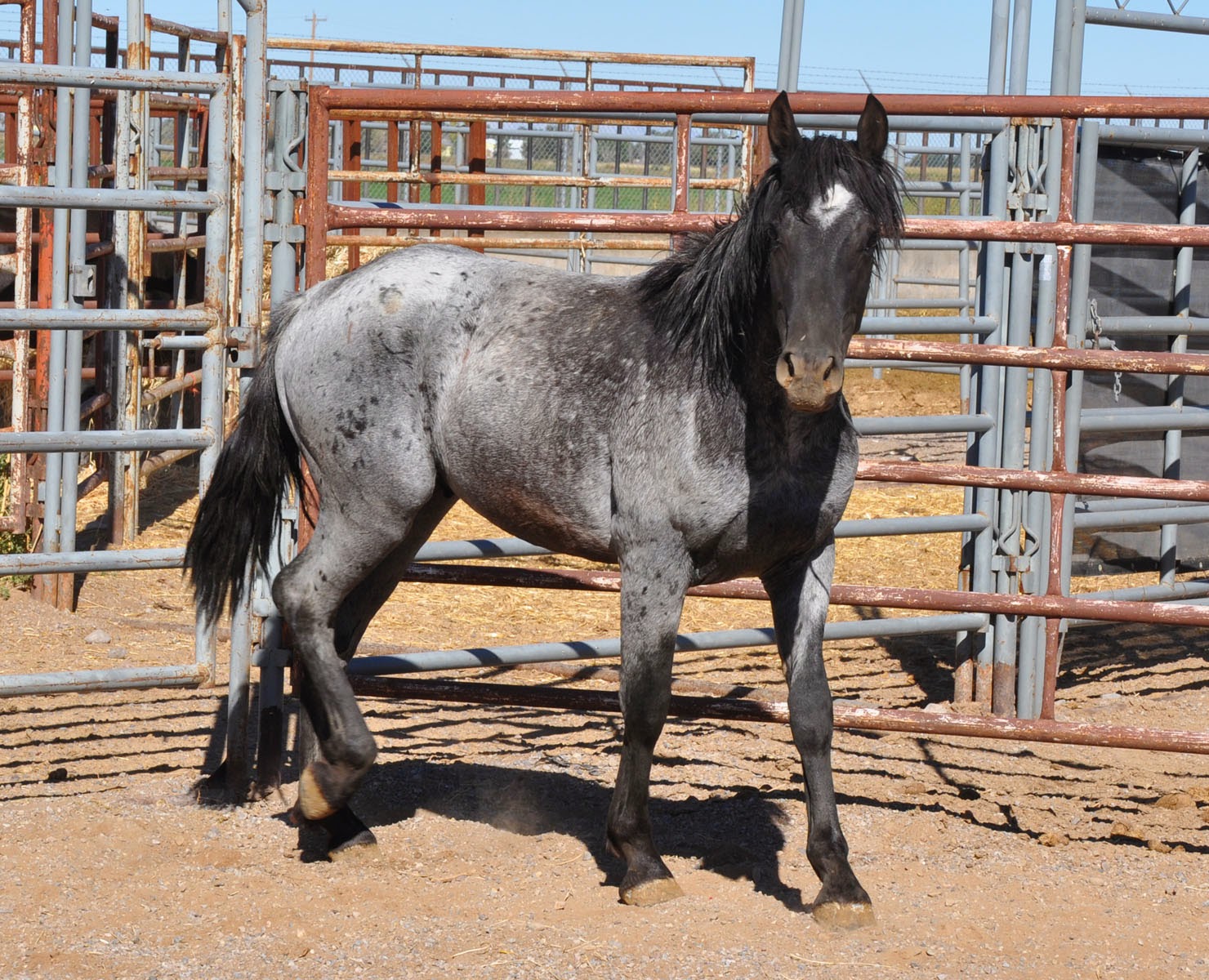 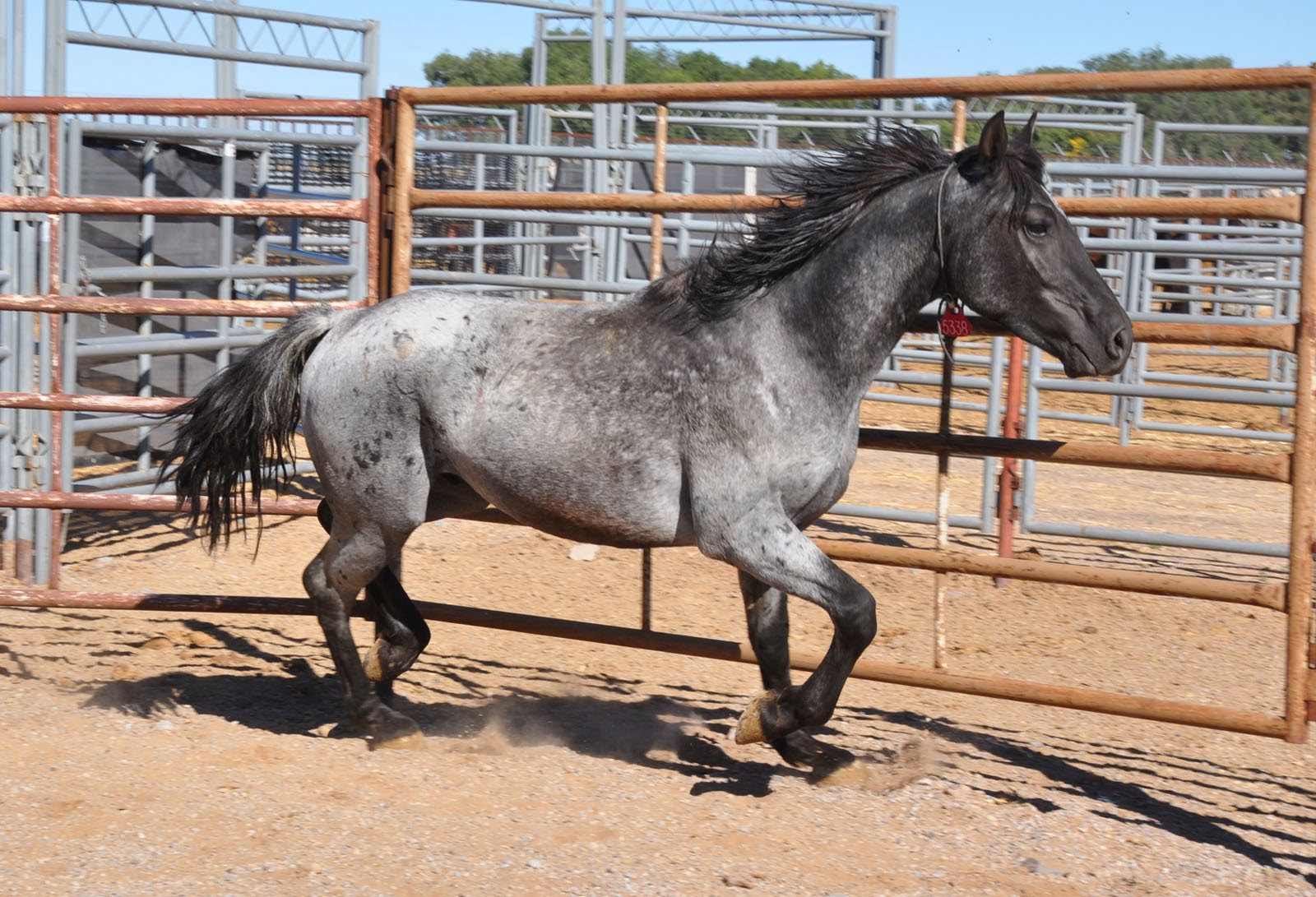 Okay.  Apparently these horses are all part of an online auction and the blue roan's price started at $125 and is currently at $465 with 44 bidders.  The increments must be small if he's only at $465 with 44 bids.
Well, I guess that is all for today.  For now.  I still don't know for sure if the new animals coming to the Phoenix Zoo and going into the former Cheetah exhibit will actually be more Cheetahs.  They gave an audio hint last week on their Facebook page that totally had me thrown.  It sounded like a bird chirping, but they said it was not a bird.  The other noise sounded like a growl, but Cheetahs don't growl.  They're not agressive cats.  Based solely on the audio clue, my brother was convinced it was Gibbons, but the zoo already has a pair of Buff-Cheeked Gibbons and the Cheetah exhibit is not suitable for Gibbons, but he was adamant.  Even when I discovered that the growly noise was a Cheetah purring.  It wasn't until I showed him a clue he'd missed that he acknowledged that the animal was likely a Cheetah.  The clue?  A tail and hind leg that could only belong to a Cheetah.  I was surprised he was even interested in the whole thing and he said it was because it was a mystery and he wanted to solve it.  He's now gone back to not caring.  Hahaha.  Brothers.
Posted by Brenda at 6:21 PM