Hahaha.  I guess I never got around to blogging over the weekend.  My brain was too fried.  I'd forgotten how exhausting an overnight trip could be.  I haven't gone anywhere in 13 months and before that I was traveling 3-4 times a year, mostly overnights, so I'd gotten used to it.  And the funny thing of it is...I didn't even do all that much.  I arrived early Friday and went to a Harley-Davidson dealership and the H-D Cafe to get t-shirts for my brother (he has a 2007 soft tail) then to a scrapbooking store in hopes they had stuff exclusive to Las Vegas that other stores wouldn't (they did.  lots of stuff!).  Then I went and checked into my hotel.  I stayed at the MGM Grand. 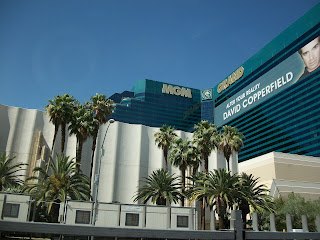 I was on the 22nd floor, in this corner of the building, which is why I took a picture of this particular area.  It was a pretty nice hotel.  Big.  Luckily my room was near the elevator and I always use valet parking so I didn't have far to walk to get to my room.  My view wasn't the best...not like when I stayed at the Bellagio, or even Mandalay Bay...but it wasn't horrible. 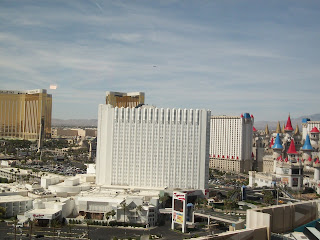 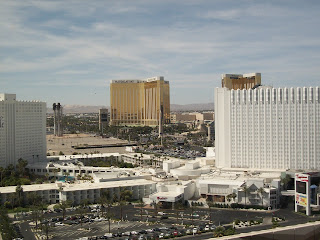 If I looked to the extreme right I could see the Statue of Liberty at New York New York.

Anyway, after getting checked in I took my stuff to my room then went and met my friend at Rainforest Cafe.  I'd never eaten there before, we have one in Tempe, so it was a new experience for me.  It was...interesting.  Sensory overload is one way of putting it.  I don't know that I would've gone if I'd known it was going to be that noisy.  Oh well.  The food was good.  After lunch we went to my room and watched Storage Wars Texas as we tried to decide what to do.  My friend lives 2 1/2 hours from Las Vegas and her parents live on the outskirts of town so she's there often.  I hadn't been there in 3 years, but I didn't really feel like doing much.  I did, however, kind of want to see the pawn shop from the show Pawn Stars so I looked it up and despite the poor "reviews" on Yelp! we decided to go ahead and go.  The place is small and the owners weren't there, but it was kind of neat to be in there 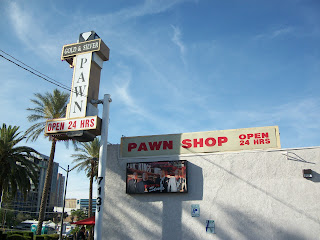 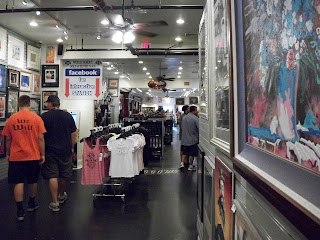 They have a lot of cheesy show souvenirs, but there's also a lot of legitimate stuff.  After that we went back to my room and watched TV until about 9:30 then she went to her parents' house (she brought her dogs with her)

The next day we were originally going to go to Siegfried & Roy's Secret Garden & Dolphin Habitat, but I decided the night before that I no longer wanted to do that and would rather go to Red Rock Canyon so that's what we did.  I've been through the area, but never took the 13 mile loop.  It was pretty cool. 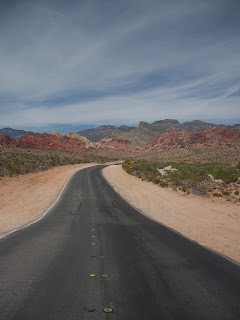 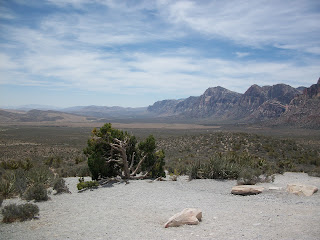 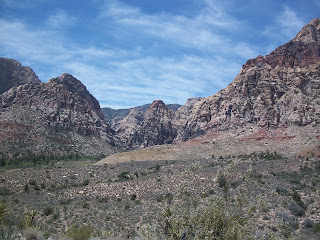