Every year there's an event in Kentucky called Breyerfest.  It's held at the Kentucky Horse Park in Lexington and is basically a huge party for lovers of the plastic ponies.  I've always wanted to go, but Kentucky is a looooong ways from Arizona when you don't like to fly all that much.  Next year (2014) is the 25th anniversary so I'm trying to get myself psyched for going then.  I almost got to go this year by flying to Dallas and meeting up with a couple of people from Model Horse Blab and driving with them to Kentucky, but they're going to be gone longer than my schedule will allow so I can't go.  Bummer.

Anyway, yesterday it was announced the release of 4 new Stablemate models specifically for Breyerfest.  They do that every year.  Release special run models.  The color is unique to Breyerfest but the mold is often one they've had before or one they plan to have in the future.  Occasionally, if you're unable to go, you might be able to find someone who is going willing to pick stuff up for you and that's where I find myself.  I'm not a huge collector of Stablemates....I have a few...but a couple of these little guys are really cool and I want them.  Bad.  So I posted a "want ad" of sorts on MHB looking for someone willing to pick me up the 2 I want. 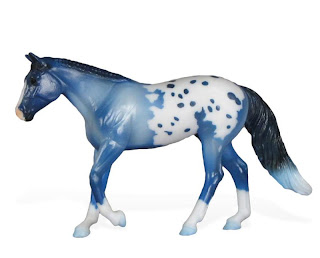 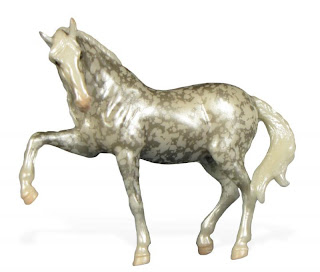 The other 2 are okay-looking, but not near as cool as these two and I could totally see me conga-ing both of them.  A conga is when you have a bunch of the same mold in different colors.  I have a small conga of Lady Phase models and even smaller ones of a few others.  Lady Phase is my biggie, though.  Hopefully I'll be able to find someone willing to do a pick-up for me and for a reasonable exchange.  I would pay for the 1 day tickets to get them, plus a little extra.  That reminds me, I have to change my ad.  I put I'd cover the cost of the horse, but the horse is free with the ticket.  d'oh!