Being broke sucks...or...Darn you, Peter Stone!

Have I convinced myself yet?  Nope.  Not likely.  But it was a Peter Stone horse that got me into the trouble I'm in right now.  Why can't I just stay away from the Stone site when I don't have any money?  Why must I torture myself?  The really crappy thing of it is, though, is that they're calling them "overstock" and once they're gone, they're gone so if I don't buy them "now", I'm pretty much screwed.   This is the one I want the most of the two I like.  Just LOOK at the shading on his face! 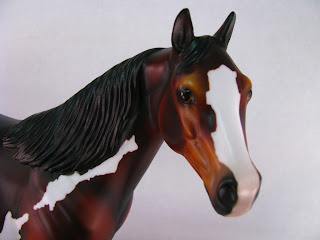 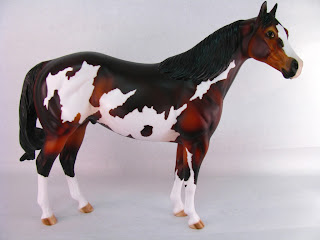 And I just love the detailing in this one's eyes.  You can kind of see the stripes in the irises. 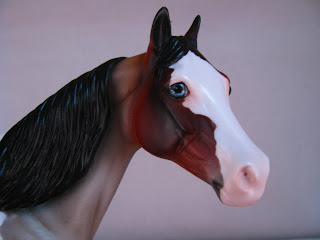 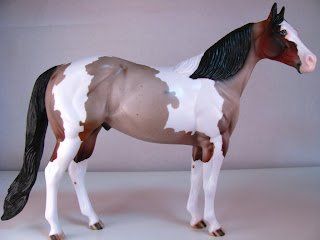 And then there's this guy... 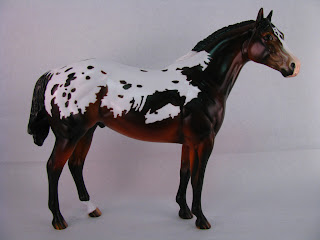 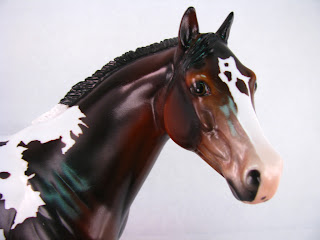 Look at the facial markings!  Did I mention I'm a sucker for faces on horses?  Especially the Stone ones.  For being made out of plastic they have a ton of expression on their faces.  <sigh>

But I can't buy any of them because I'm pretty broke right now.  If they're still available next week then I'll see if I can swing the first one since that's my first choice.  If he's no longer available then I'll get the 2nd.  If neither one is available, then that's that because the 3rd one is more than both 1 & 2 put together.  But dangit!  I WANT THEM!!!!!!!!!  DARN YOU, PETER STONE!!!!!!!

Not much going on around here.  Work is being difficult right now.  We're short a couple of people, but we're also kind of slow so I go from periods of tons of work to having nothing.  No big plans for the weekend.  Go tomorrow to get Lottery tickets.  Grocery shopping on Sunday.  Oh boy!    <sigh> I suppose I could work on some projects I've been avoiding.  Or maybe not.  We'll see how I feel about it tomorrow.  hahaha.   I hope everyone has a good weekend.