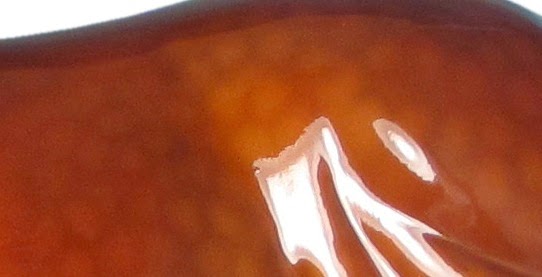 People over at Blab had fun speculating what it could be, then Chopstix did a little investigative work and superimposed the above image over the images of a couple of possibilities and the most likely one she came up with was the Andalusian Stallion aka "Andy" for short 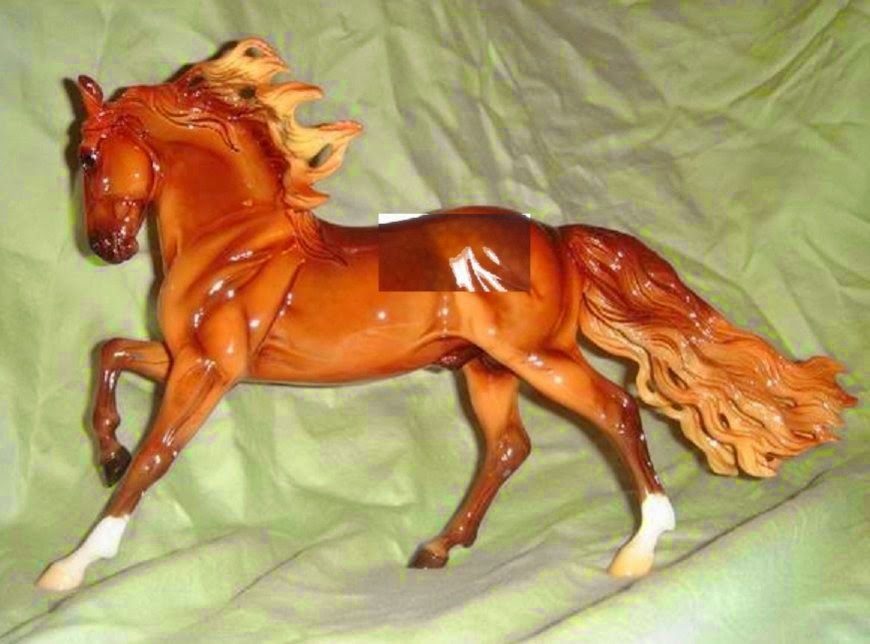 She said there were a couple of spots she couldn't get to line up perfectly, but this mold was the closest.  Many people were happy at the prospect of a glossy, dappled Andy while others weren't too crazy about it.  I was in the second group.  I had hoped it would be a mold I liked, but...Breyer can't please everyone all the time.

Well, the full picture has been released and a wild round of applause go to Chopstix.  The model is, in fact, on the Andy mold.  This is Jubilee... 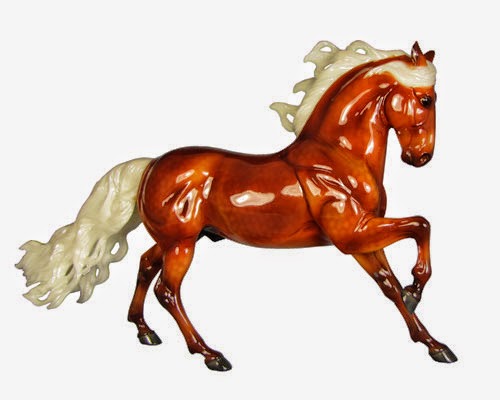 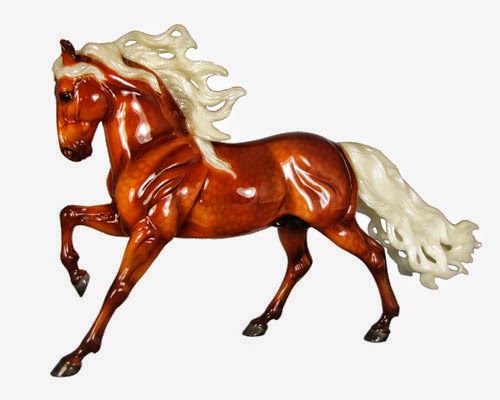 They're calling him a silver bay, but I'm not sure I see that.  Definitely not in how white his mane and tail are, but the body color is quite scrumptious!  Hopefully there'll be some models coming down the pipeline that I actually want or I may not even bother trying to find a pick-up person.  I don't know that I like Champagne Toast enough to get him.  It's still early, though, and they haven't even released the single-day stablemates yet.  That's something I'm looking forward to.  I'm also anxiously awaiting last year's 4 to be released in regular colors, especially Chrome and Dungaree.  I almost bought the new color crazy set at the Doll House on Saturday 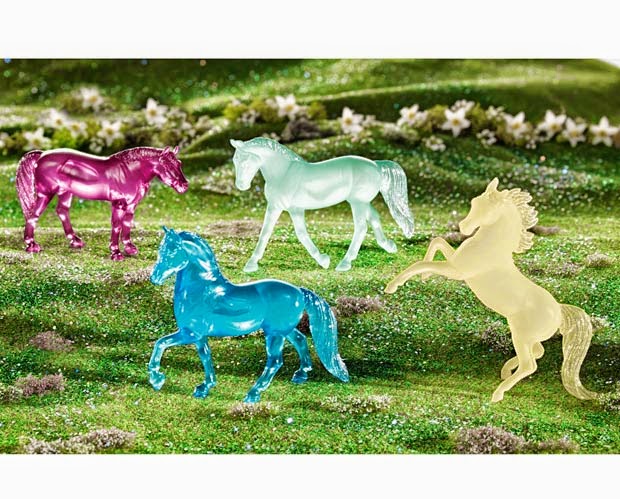 The colors are a lot more vibrant in person.  Especially the blue and pink.  But I decided not to.  I also had the opportunity to pick up the chalky version of the Appy Performance Horse with the Native markings, but I decided not to do that either.  Oh well.  hahaha.

Anyway, I'd better get to work.  I have tons to do.  My brother started his first non-training day at GoDaddy today and while I wish he'd found a different place to work, I hope he likes this job and enjoys it.  Initially he was trained to take in-bound calls from customers and try to help them with their website, but on Saturday he said he and another guy might be part of a special team who make outbound calls to people to see if they like their new website and see if there's anything they need.  Either way, I'm really hoping it works out for him...even if I have to bite my tongue every time he sings the praises of the owner.