So, I was without decent internet service yesterday.  And by 'decent' I meant something bigger than a small-ish cell phone (I have a Motorola Defy XT) so I didn't get into my email until about 4:30, I think.  I was surprised to see one from Breyer about a new series.  Last year it was Greek Gods and this year it's Goddesses.  So I went to the website and...omg... 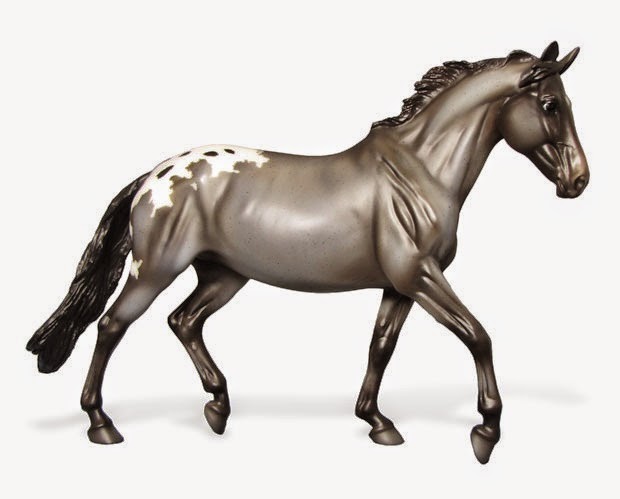 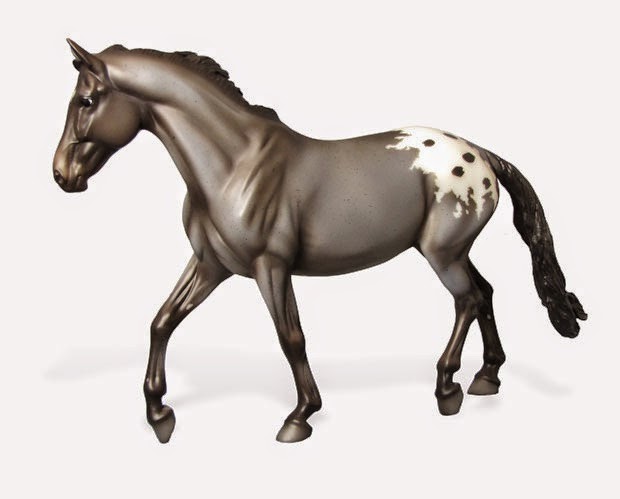 What's not to like about this gal?  The coloring is very nice and the mold is pretty neat, too.  I don't have any on this mold, but you don't have to conga every model nor only buy models you conga, right?  So I'm entering daily for her and I have two people on Blab entering for me, too.  The Greek God series from 2013 weren't really all that exciting and I wasn't too disappointed to not win any of them and the one I did win wasn't for me, but the Goddess series is off to a good start and I really hope it's a sign of the models to come in the Goddess series.  I wonder, though, about the Big Cat series.  They had the first one last year and nothing since.  Not that I mind, but I'm curious.

Now I'd like to vent a little.  Each Saturday my mom and I make a menu for the coming week for dinner.  We try to make something all three of us like and we often try to get my brother's input.  Tonight we were doing our weekly menu and trying to get his input and he goes off about how we're eating foods with too much fat in it and he needs to change his eating habits.  Blah blah blah.  Well, beer has a lot of calories and he drinks a LOT of beer.  So again, I ask what he'd like for dinner that is less fatty and he says he doesn't know.  Really?  I just don't know what to do with him sometimes.  And for the record, we don't eat tons of stuff that is considered fatty, but we can't have chicken 7 days a week.  And it's up to him to not drink tons of soda, gallons of beer and snack the moment he walks in the door.  <sigh>. Oh well.

I hope everyone is having a good weekend.
Posted by Brenda at 6:35 PM