Here in Arizona, as in many other parts of the country (and possibly the world), we have Woodpeckers.  The most common one is called a Gila Woodpecker 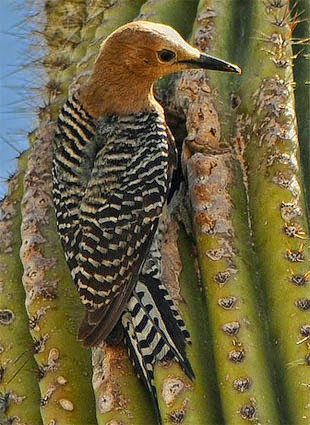 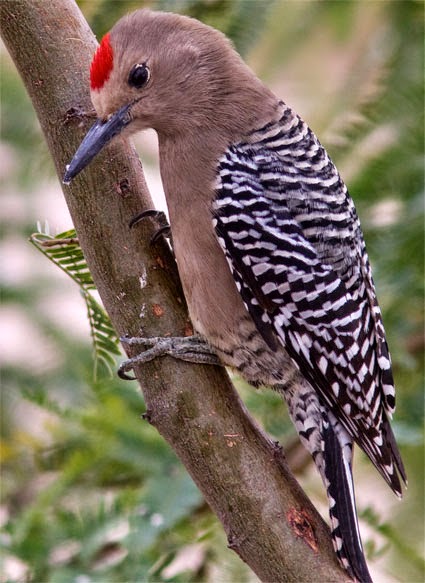 I've seen and photographed them in my backyard, but mostly I hear them.  That rapid-fire sound of them repeatedly banging their head against something in an effort, I believe, to find something to eat.  Usually they beat their heads against things that make sense...like trees.  Trees will yield a tasty morsel.  Light poles won't.  Buildings certainly won't.  So why do they insist on pecking the outside of a building that is not made of wood by any stretch of imagination? 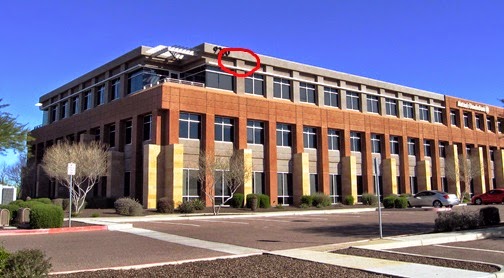 It wouldn't be so bad if we could actually see the culprit, but this one is sneaky.  This one is pecking away in a spot where you can't see by looking out one of the windows because there's a wall for an office and the windows are designed in such a way that you can't see in that particular spot, as shown in the above photo.  That's a picture of my building and actually the corner where my cubicle is.  We're on the 3rd floor and the encircled area is just above us.  The pecking noise has stopped for the moment, but I have no doubt it will return.  It's distracting because then we "have" to go over to the windows and see if we can see the bird.  I like birds.  Really, I do.  But I wish the woodpeckers would go peck on the nearby trees instead of the side of our building.  hahaha.