Age to start horses for riding...

Originally I was going to post a vent about the color of the new Model in Breyer's Big Cat Series named Kashmir.  I was going to say real Snow Leopards only come in white/grey with black spots, but when I was looking up pictures to use as reference I saw that Snows do, in fact, come in a tan-ish color as well so I nixed the post.  For the record, I don't plan on entering for it.  I think they should have done the series as the actual animal rather than a horse painted as a big cat 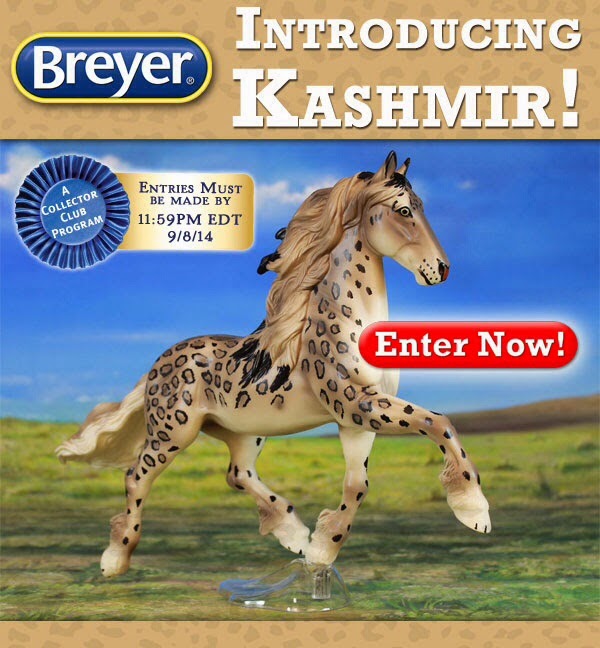 I didn't enter to get Kimbia for myself so I don't feel he need to keep the series 'alive'.

So I decided to change the topic of this post.  I had thought of doing it before, but didn't and now the subject has come up again.   It may not make me very popular, but in can live with that since this is MY opinion.  I'm not looking for a debate here, I'm just expressing my thoughts and opinions on the subject

A few months ago I got a catalog for horse products and in the catalog they had mini profiles for horse owners and their horses that use the products.  One of those profiles was for a reining horse and when I saw the age of the horse, I was shocked.   The horse was only two years old and he was already a champion Reiner.  WTF????  Not only was this poor animal being ridden at such a young age, but he was being shown in an intense manner.  One of the reasons why I no longer watch horse racing is because they are raced at two years old.  I was going to blog about that back when I first got the catalog, but never got around to it.  In the past couple of days, though, I became aware of a person on a message board asking about a back cinch for a Western saddle.  She mentioned the horse she would be riding was two years old.  It boggles my mind why someone would want to ride an animal that is so young.  In my opinion, horses should not be ridden until they are at least four years old.  At two you can do ground work and get them used to having a saddle.  Maybe put your weight on their back little by little by leaning on them, gradually increasing the amount of weight and then start the process over with a saddle.  I did an internet search to see if this was the norm...starting horses under saddle at two years old...and much of what I read was the opinion that three should be the minimum for starting them, but four or five was better.  Some people said they wouldn't ever buy a horse that was started at two and I don't think I would either.  At two years old, they're still pretty young.  They haven't finished growing yet and have the mentality of a young horse.  Obviously that's not the case with ALL two year olds and some might have a more mature mentality, but their bodies haven't finished growing and it's believed they could be irreparably damaged by starting them so young.

I know the person who was asking about the back cinch would not purposely hurt the horse and it surprises me the horse is in a school program to be ridden so young so I had to bite my tongue and not say anything.  I couldn't remain completely silent, though, and so I'm expressing myself here.  I can't say for 100% certainty that none of the horses I've ridden...and there's been quite a few...weren't real young, but the difference would be in doing it knowingly vs unknowingly.  I may have done it not knowing the age of the horse I was riding and she is doing it with the knowledge of the horse's age.  As far as I know, the youngest horse I've ever ridden was four and even that horse was a bit...I don't know what to call him.  He was kind of bouncy and all over the place.

Anyway, that's all I have to say.  Again, I'm not looking for a debate.  If you disagree, you can post that here, but be respectful.  If you have a list of Pros for why it's okay or a good idea to ride a two year old horse, other than racing, then I'd like to hear it.  You may teach me something.

Today is Wednesday, but because I worked Saturday and had Monday and Tuesday off, my schedule is way out of whack.  I keep thinking it's only Tuesday, but it's Wednesday and tomorrow is payday.  Hurray!
Posted by Brenda at 5:27 PM