Okay.  So.  Yesterday I was wondering around the Breyer website when I discovered they had put up information for Breyerfest.  EEEEEEEE.  I was excited so I immediately started poking around to see what models are going to be available as of now.  They'll add more as time goes on, but so far we have about a half dozen.  There's a lot of talk going on over on blab about the models and a lot of disappointment, it seems.  This is the 25th Anniversary of Breyerfest and a lot of people were expecting "bigger and better" and I can't say that I blame them, but I kind of like the offerings.  If I end up not being able to make it I'm not going to be hugely disappointed unless the shuffle models end up being epic, but we'll see.

So, we'll start with the Early Bird Raffle model.  This is a model you are entered for when you buy your tickets before a certain date. 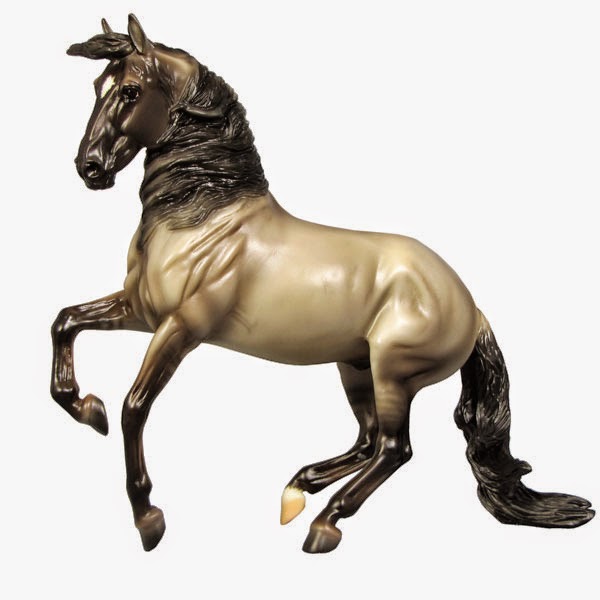 His name is Alegria and a lot of people are most excited for this one out of all the other models, it seems.  He's not too bad, but I don't like the forelock stuck way up in the air.  I don't collect this mold, but I wouldn't be disappointed if I ended up winning one.  Even though I'm not 100% for sure going or not (although I'm probably not) I'm still going to buy a 3 Day Ticket.  There is a special run model I do want and hopefully I can find someone to do me pick-ups.

The next model is the celebration horse and this one is what really has people up in arms about it. 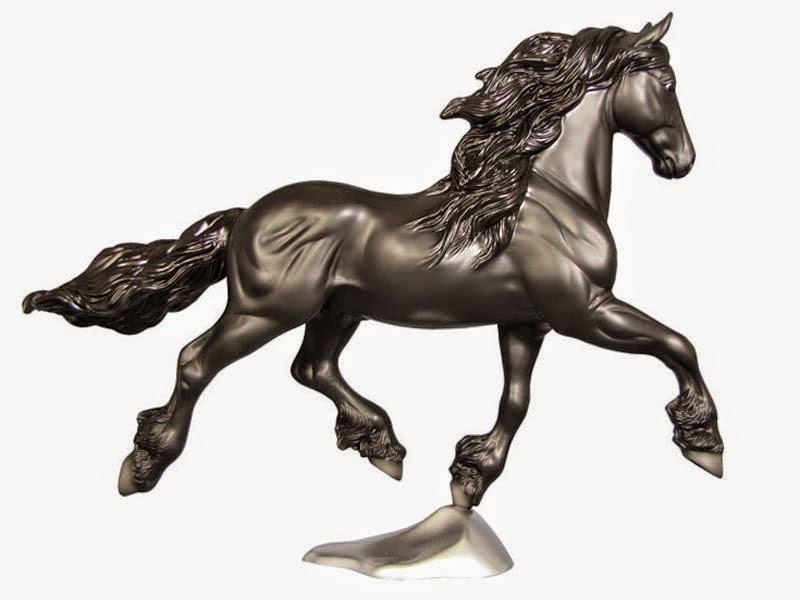 The celebration model is the one everyone who buys a 3 Day Ticket and attends Breyerfest gets...unless they run out, which has happened before.  The thing that has people so upset about it, apparently, is due to his resemblance to another model called Goffert.  It's the same mold and the same color except Goffert is more glossy 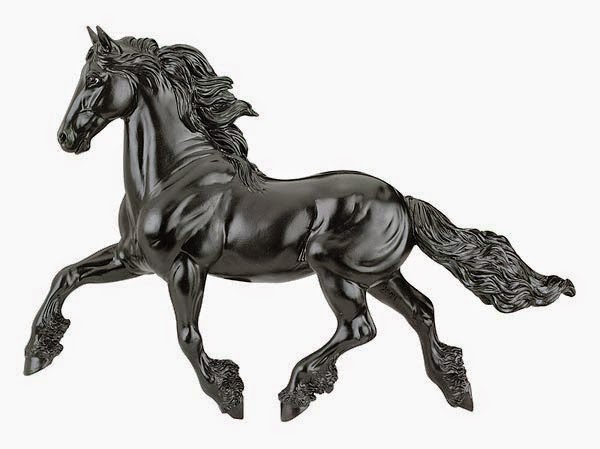 Without seeing the faces of both, the only differences I can see between the two are that Goffert has black hooves and Gooitzen fan Teakesy (try saying that 5 times fast!) has grey ones and the stand on GFT is silver while Goffert's is clear.  I don't own Goffert so I'm fine with this.  The Celebration Model is always patterned after a real horse and Gooitzen is a champion in driving and English Pleasure 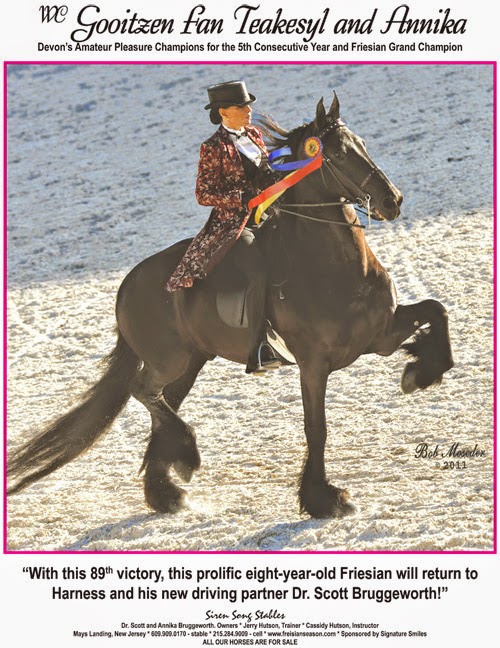 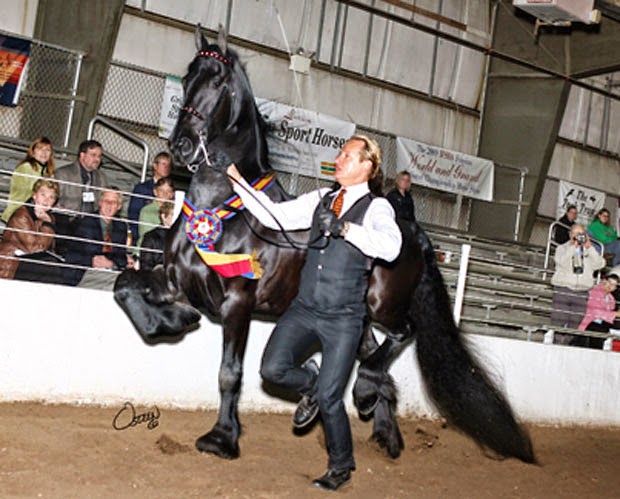 Apparently one of his show handlers is Carson Kressly, which I find highly amusing, but...whatever.  In the above picture of him, Gooitzen looks more deep brown than black, but I guess he's officially black.  Too bad Breyer couldn't have make him look more dark chocolatey like he appears in pictures.

Next up are two of the tent models available for purchase by anyone in attendance with no limits.  Athos and Paddyngton's Mark of Distinction 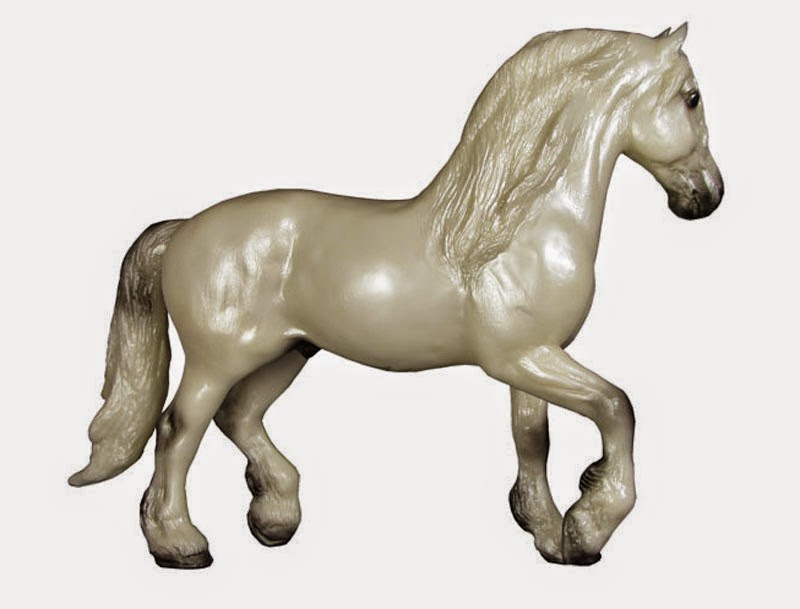 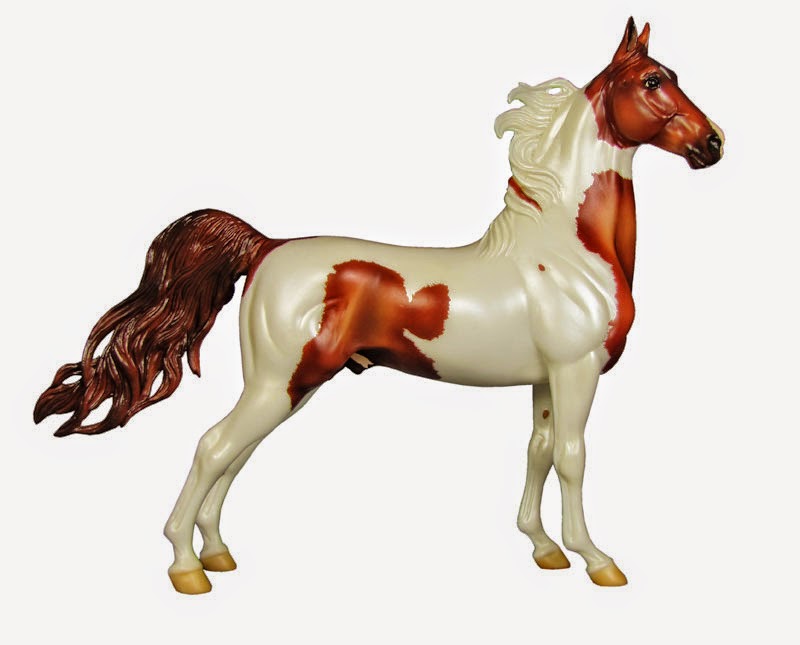 Neither one interest me enough to really want them.  A lot of people thought a Saddlebred was going to be the Celebration model because the logo looks like a Saddlebred so I'm sure there's more than a few disappointed people that it wasn't.

Every year they do a contest where the winner is an exclusive model and for 2014 the mold is on a Cantering Welsh Pony named Party Time. 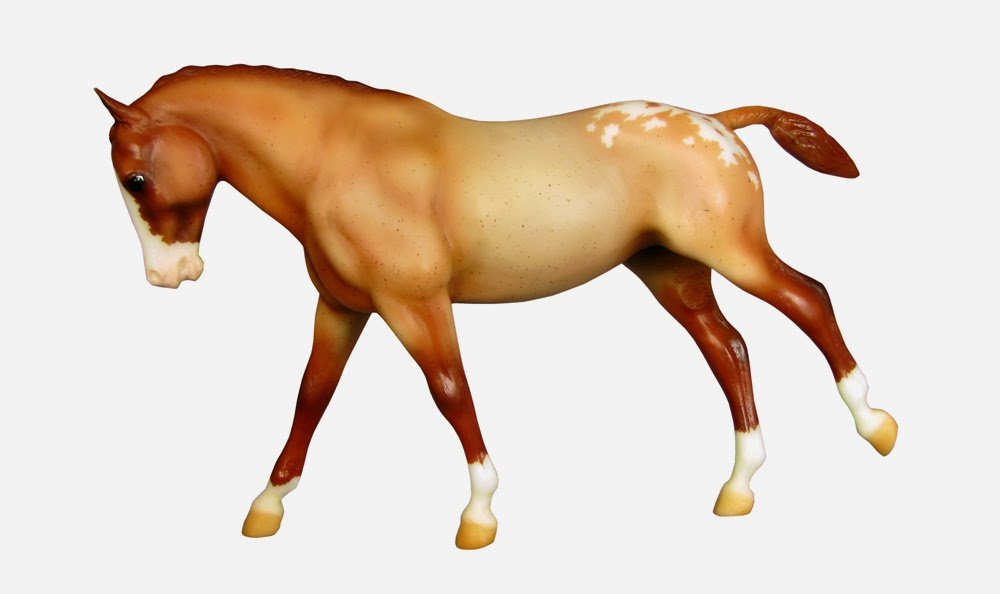 For the most part, I like this model.  He seems to have real nice shading and I like the minimal spotting in his rump, but I don't like the facial marking.  There's just something odd about it that I don't like.  They used the same marking on a model called Tally Ho, who looks pretty similar to Party Time except for the spots and the color is a little different.  They both even have 4 socks! 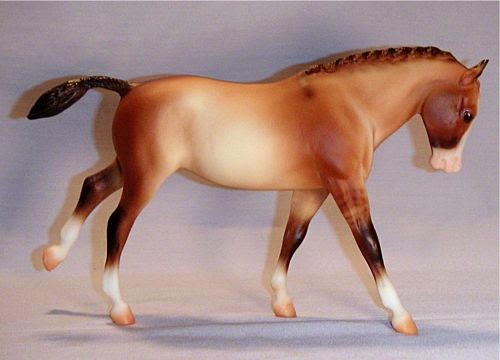 It's a good thing Party Time isn't a special run or something you could buy in the tent because then I'd have to buy him and I just don't really like him that much, but since I like the mold I'd have to get him.

And last, but certainly not least, my favorite of the bunch.  This is a Special Run and the one I want the most out of all of the models they've released so far and the one I'm going to have to find someone to do pick-ups for me.  Finding someone to get me the two Stablemates last year was pretty easy because she put an ad on MH$P so hopefully this time will be just as easy.  Without further ado, here is Champagne Toast 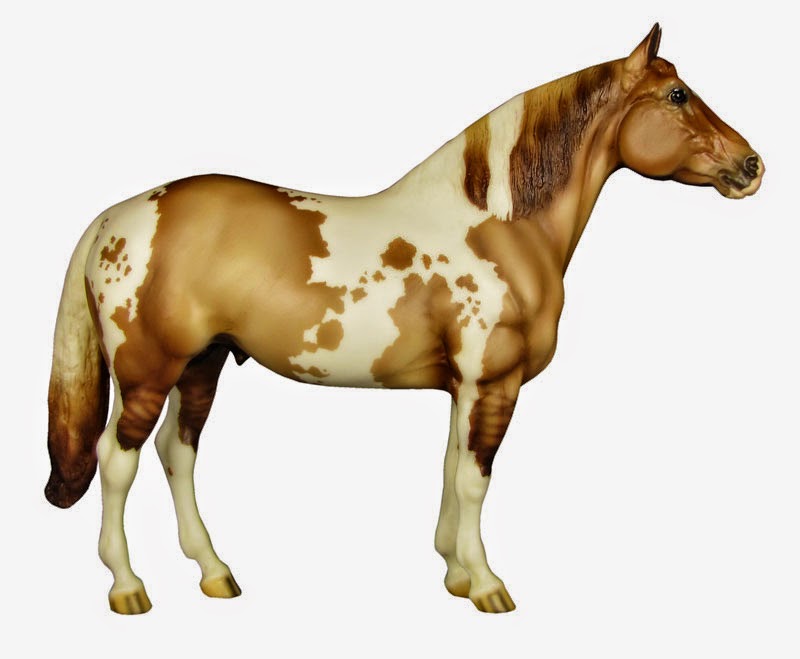 I've always liked the Adios mold, even though I don't currently have any and who can pass over such a nice paint pattern?  He even has hoof striping.  Yeah.  Hopefully I can find someone to do pick-ups for me if I can't go.

So, there you have it.  The first releases for Breyerfest 2014.  I look forward to seeing what else will be coming down the pipeline in the coming months.