I had actually planned this post a couple of months ago (I think it was that long ago), but then I got distracted by something else so it never happened, but then I found a picture yesterday that brought the interesting topic back to the forefront of my brain. 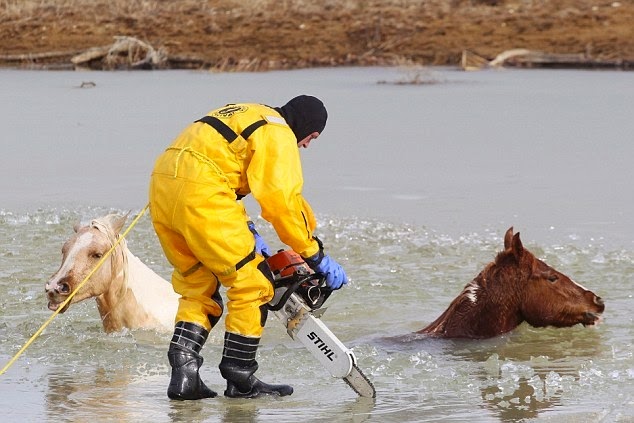 The fire department involved in the rescue had trained quite a bit for this sort of rescue, but had just received the special yellow suits seen in the top picture and this was the first time they'd been able to use them.  Initially they hoped they could just cut a path through the ice to shallower water and the horses would get themselves out and it worked with the chestnut, who, if I remember correctly, was the younger of the two. 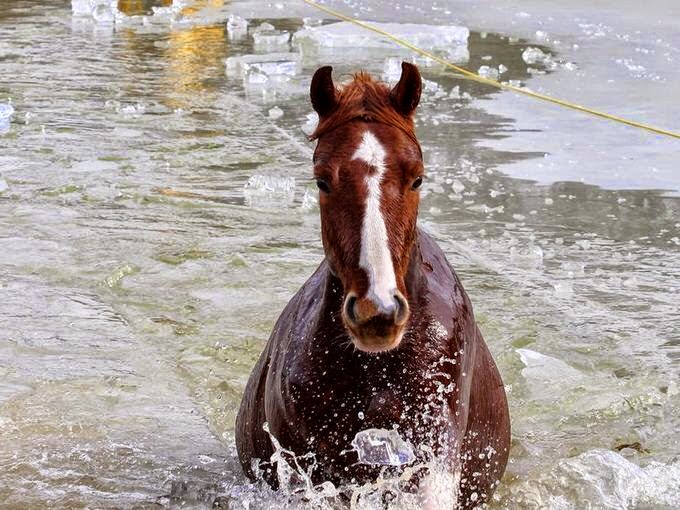 The palomino panicked a little and couldn't get himself out so the firefighter had to get into the frigid water to lead him out.  That's where the special suit really helped as it kept the firefighter from freezing in the water.  Fortunately, both horses were rescued successfully and recovered quickly.

In Arizona, however, we don't have lakes that freeze.  Well, maybe some ponds, but not where there are horses around.  The wild horses are in desert areas and there's no water that freezes because it's too warm.  The ponds up on the Mogollon (pronounced like "muggy-on") Rim and in Flagstaff, there's no horses around.  We do, however, have canals.... 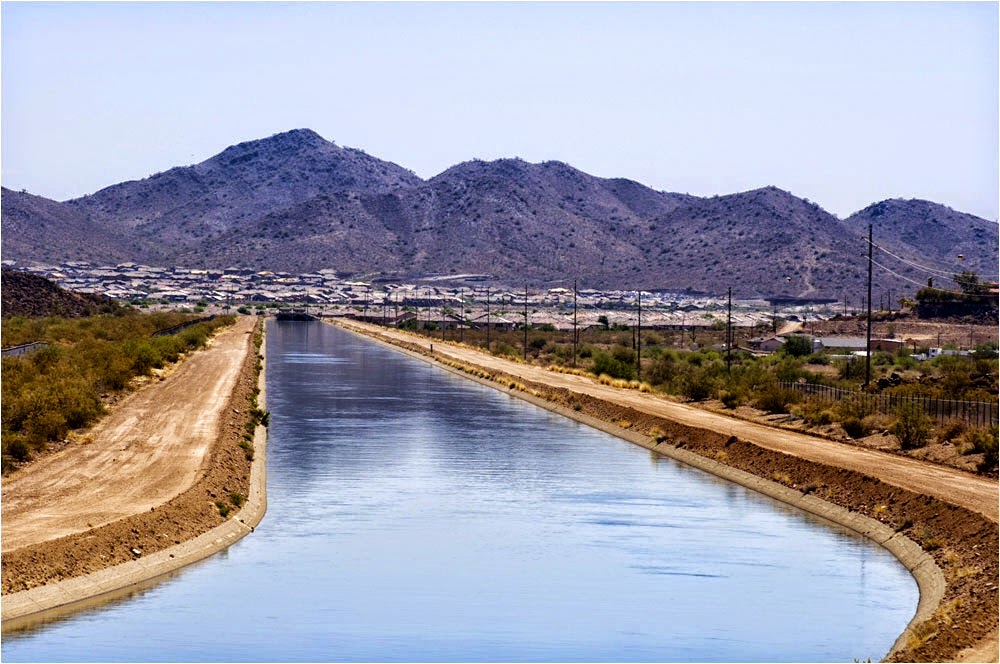 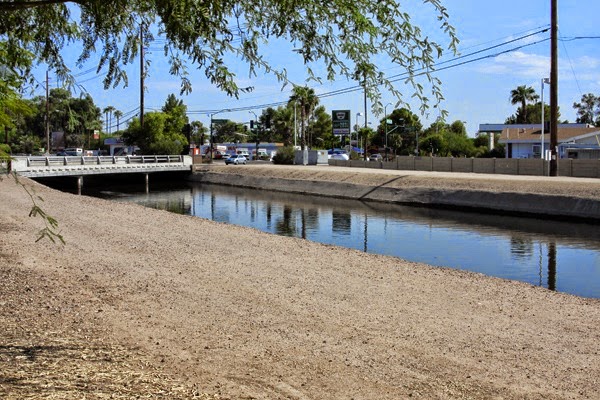 Canals are used to deliver irrigation water to crop fields and to alleviate the amount of water in the lakes to prevent the dams from overflowing.  Every now and then they drain the canals to clean them and find things like cars and shopping carts and...yes...sometimes bodies.  The canals look calm, but there's a strong current underneath the surface.  Because of how deep the canals are and the current, it's hard to get out of them if you fall in.  Some canals have steps while others have nothing.  They're not for swimming and it's highly discouraged to attempt it.  Every now and then you hear of a dog that fell in and was rescued, but more often than that, it's a horse...whether it's a carriage horse... 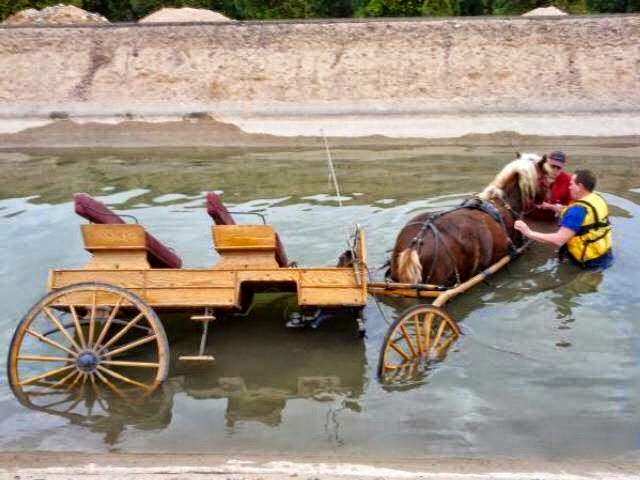 or a person on horseback 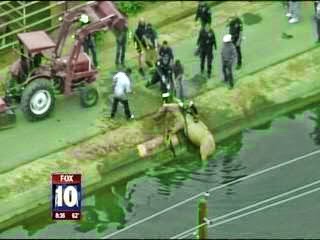 It's never an easy rescue.  By the time the fire department gets to the scene the horse is usually tired out from trying to keep itself afloat.  Fortunately, I don't think I've ever heard a story where the animal did not survive the experience.  Not every city/town has both canals and horses, but apparently some fire departments are now started to train for such unusual rescues.  How do you do that, though, without the use of a live animal?  You use a replica

In the above photo it appears as though they're practicing a trench rescue, which I've never heard of a horse getting caught in a trench, but I imagine it could be useful in extracting a horse from an overturned horse trailer, which happens more often than a horse in a canal.

I think it's very cool that there's so many people willing to help out when a horse or other animal is in danger and I applaud the fire departments who have extra training that will better help them assist the animal when the time comes.  Why wait until those skills are necessary to figure out what to do and how to do it?

Well, that's about it.  I apologize if sometimes my blog posts seem pointless.  hahaha.  Sometimes they seem that way to me, so...

Have a great day.