Not long ago I bought the Let's Go Riding Western set from the Breyer webstore when they were having a pretty decent sale recently. 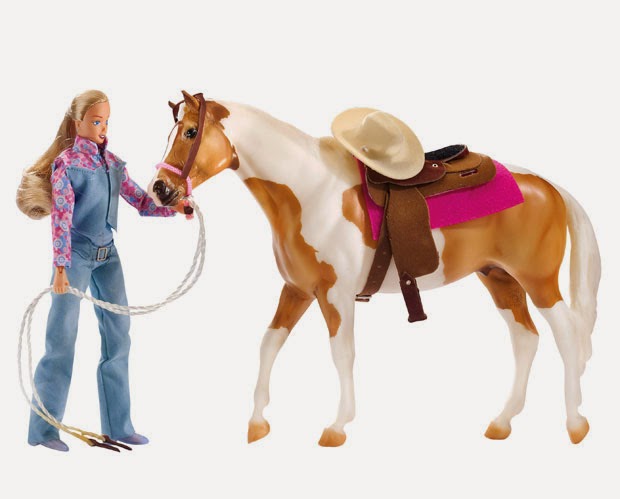 I got it more for the horse than the rider and accessories since I don't show anymore.  It's a pretty neat set, even though the ear piece doesn't really fit properly on the headstall, but I'm going to see if I can fix that.    Anyway, the doll doesn't completely suck.  I've only had one other and that was the original Brenda Breyer that came with the #105 Appaloosa Performance Horse 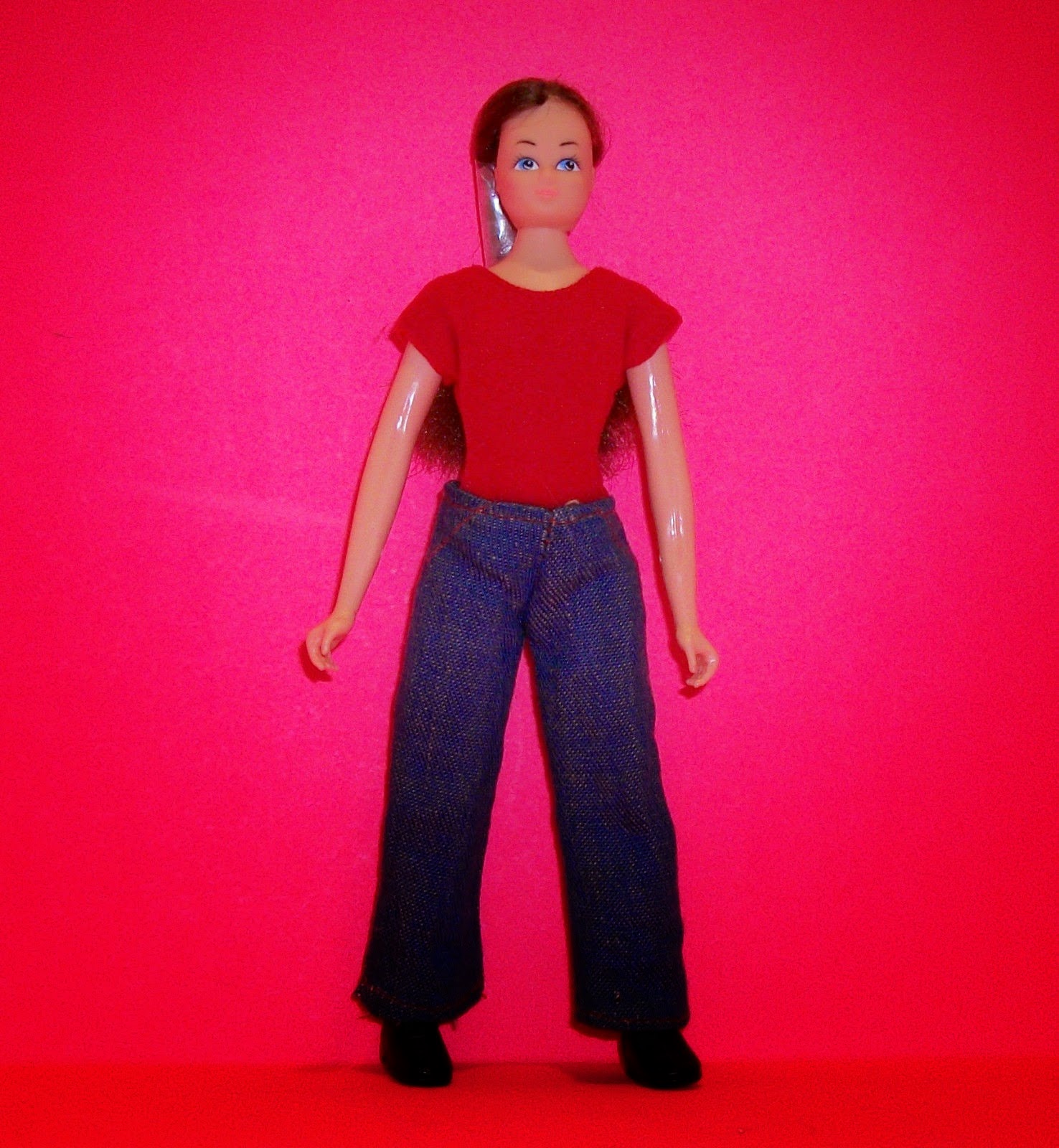 She could barely bend anything let alone sit in the saddle properly.  The new doll has a better outfit, 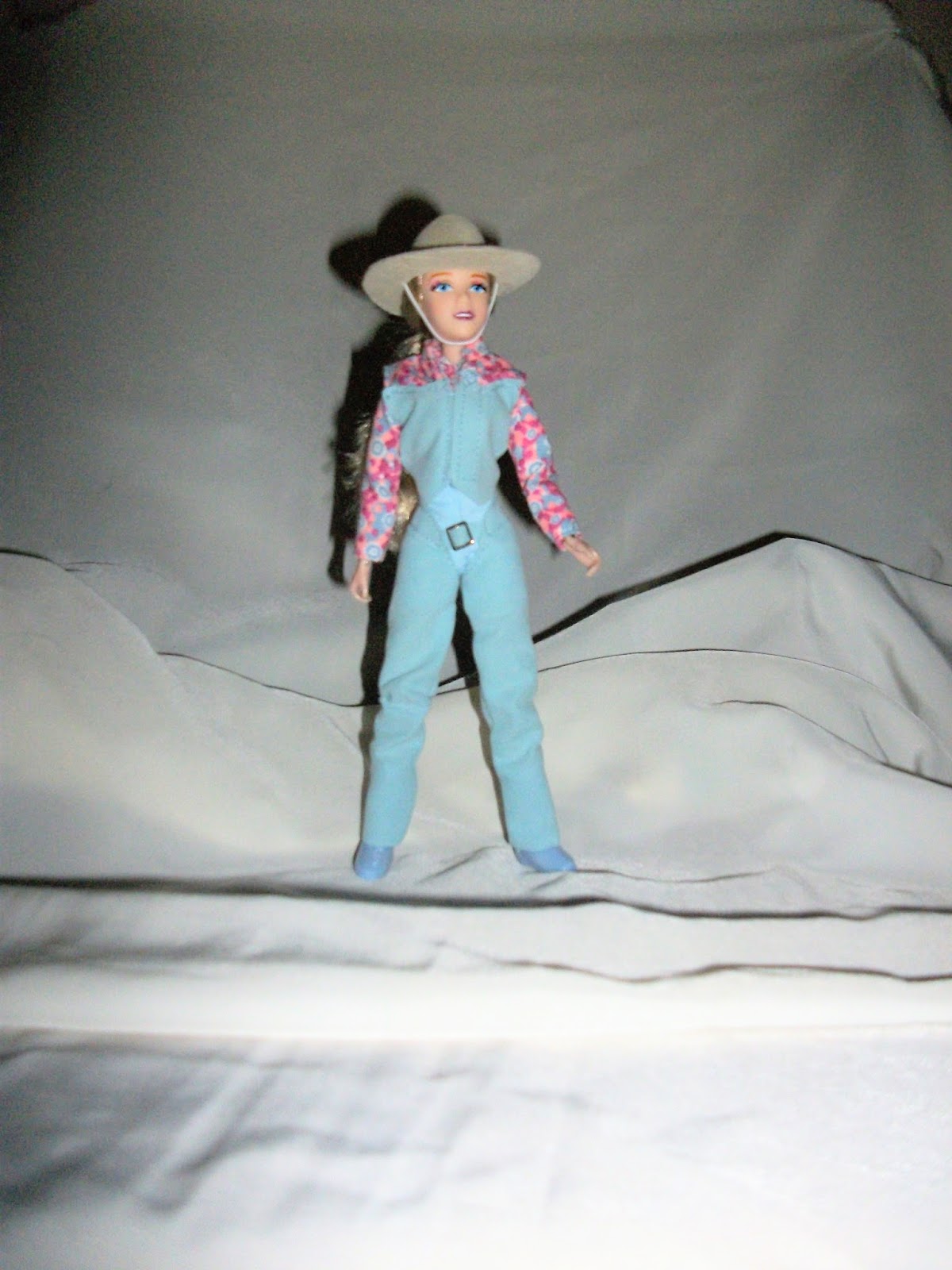 although I'm sure the original was supposed to have a more casual appearance as opposed to the show clothes the new ones have, but if you look at the photo from Breyer up above, mine should've had the smaller, more natural-looking head but I think mine has the bloated head.  I don't have anything to compare it to so I don't really know.  hahaha.  But one big bonus is that she seems to sit a horse a lot better than the original doll 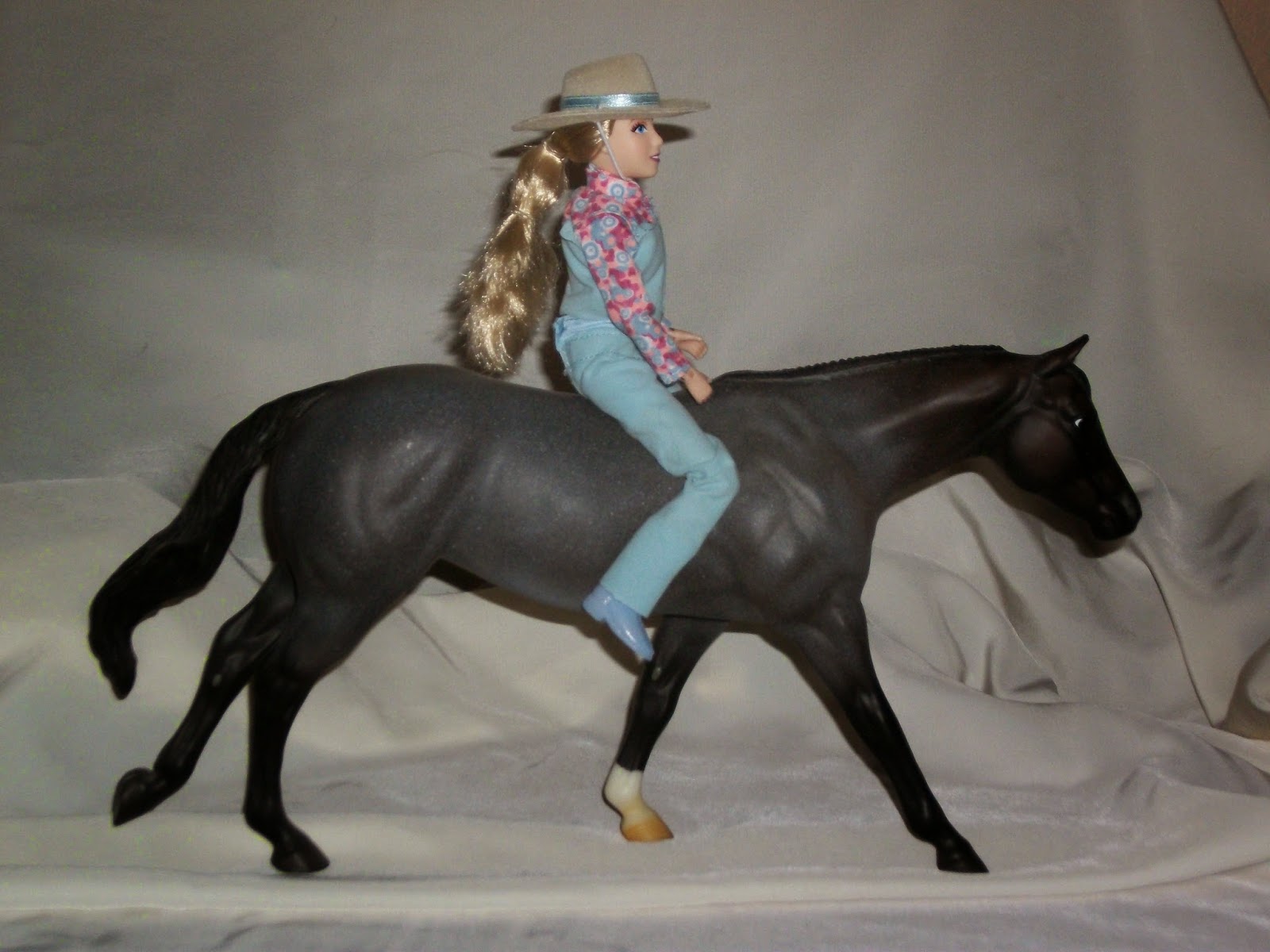 Just not so well in the saddle... 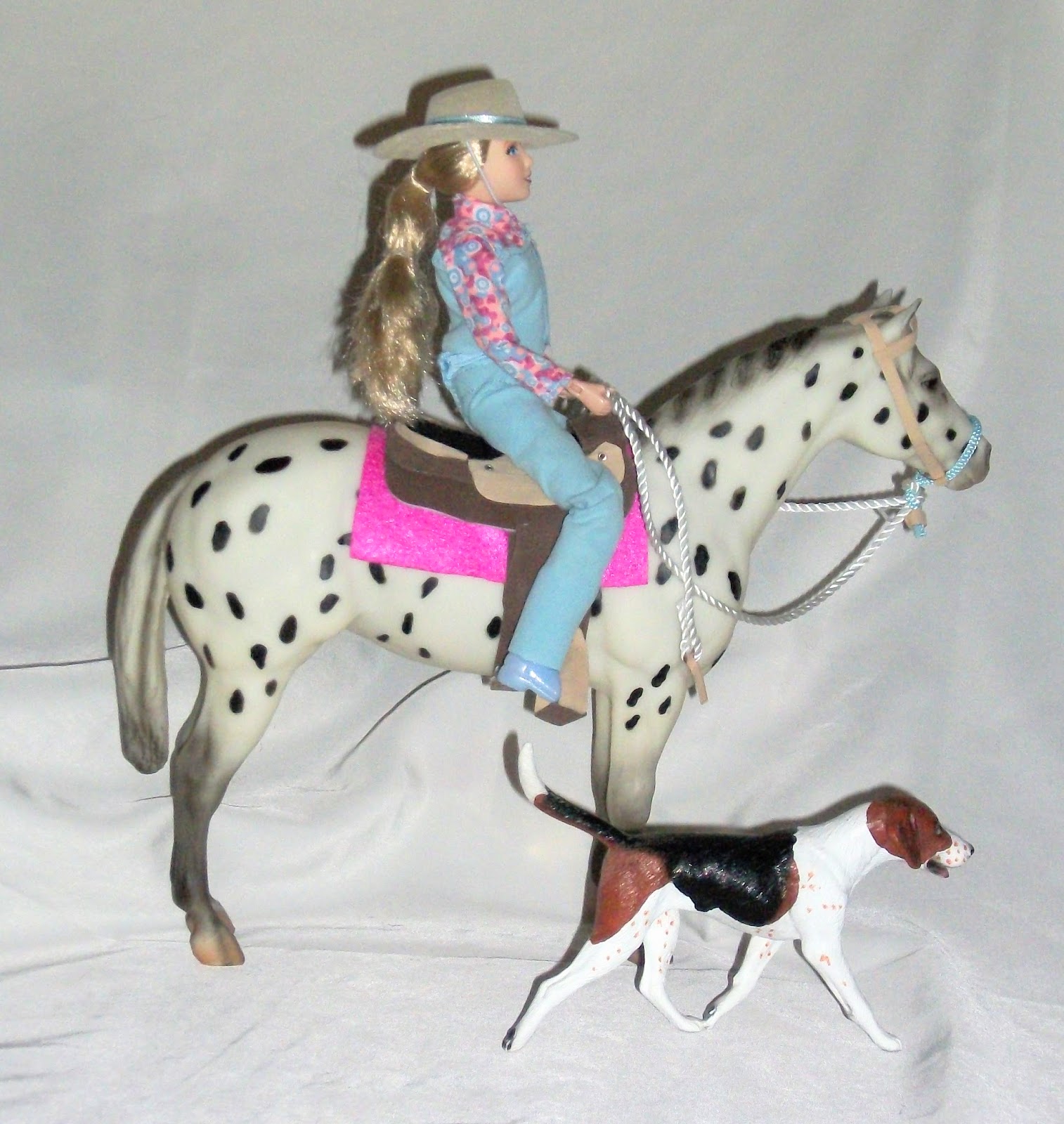 To get her to sit properly with her feet in the stirrups she leans back and I couldn't get her hands to hold onto the reins.  The bosal doesn't fit this mold real well and I didn't realize it until I had uploaded the photos to the computer this morning.  If I'd been paying closer attention I could have adjusted it a little.  I need a better saddle pad, though.  The pink just isn't doing it for me.  I detest pink.  The nose band is a light blue like her outfit and I thought maybe a light blue saddle pad would look nice, but that would be too matchy-match, you know?  I wouldn't mind a striped rug, like an Indian print or Mexican-inspired, but I can't make them and I doubt I could find that pattern of fabric at Michael's. It's fun to play every now and then like this.

As you can see, my rider doll is rather hideous-looking, but she's from Breyer.  I would rather have one of the custom jobbies like these 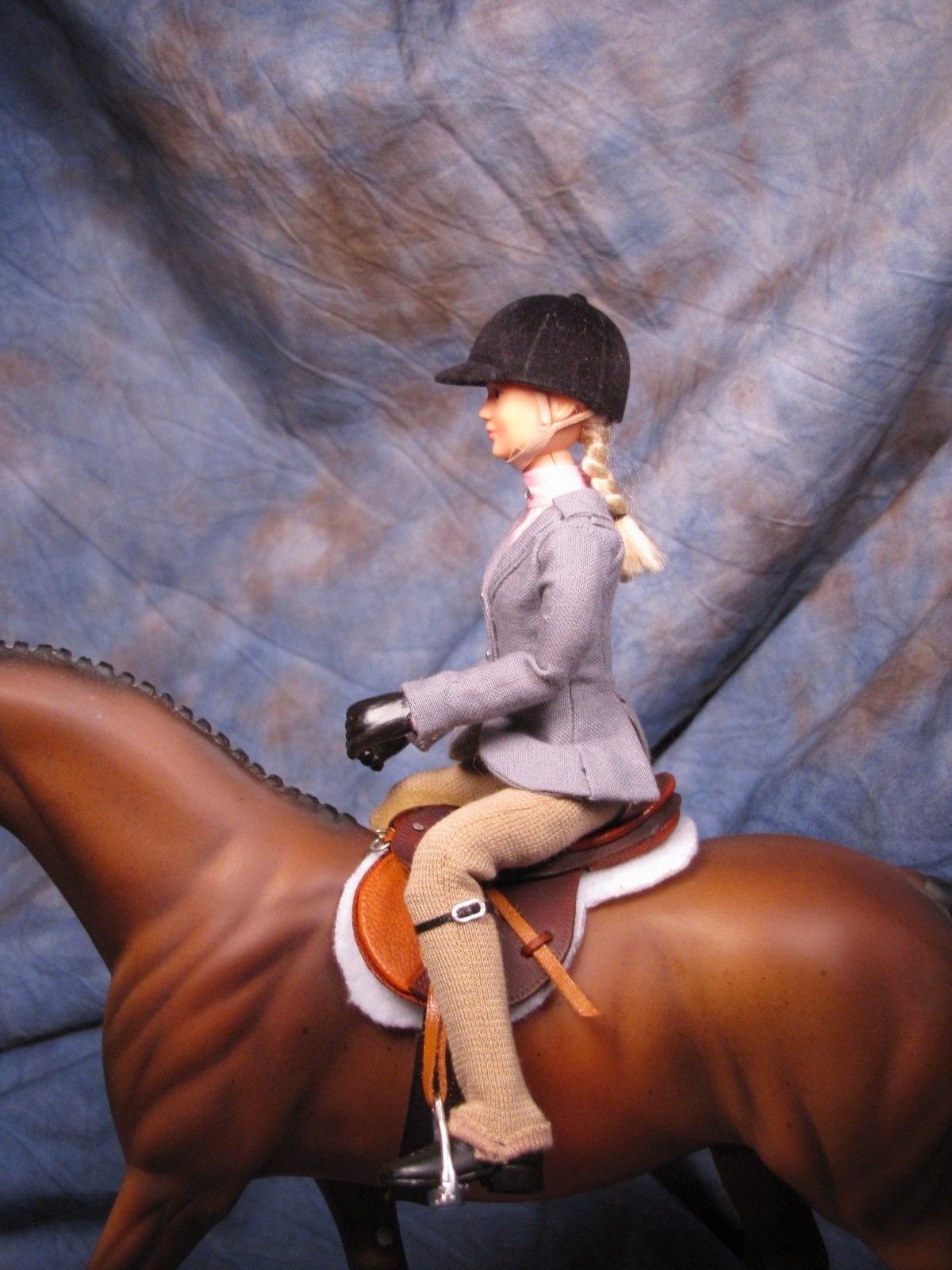 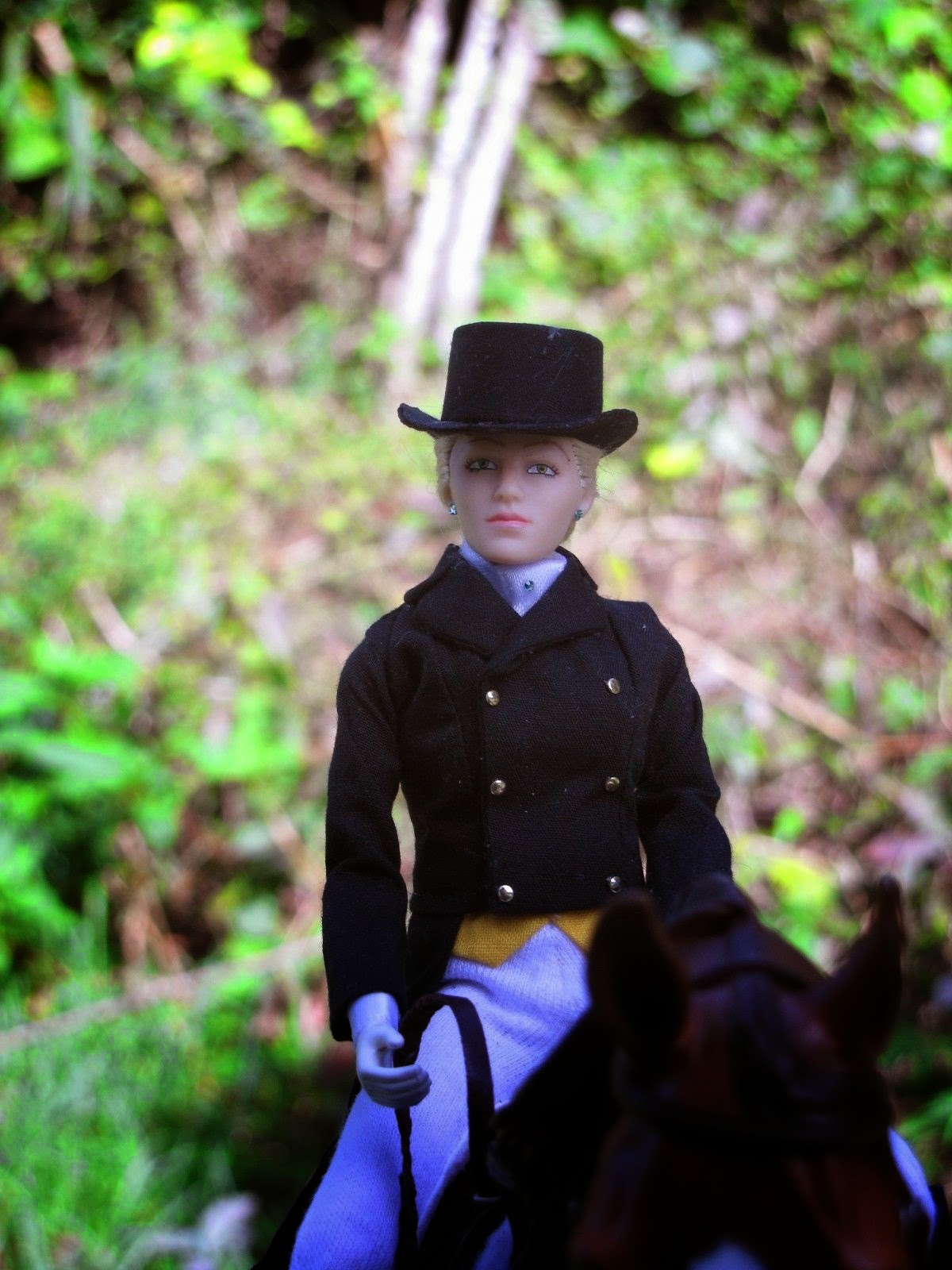 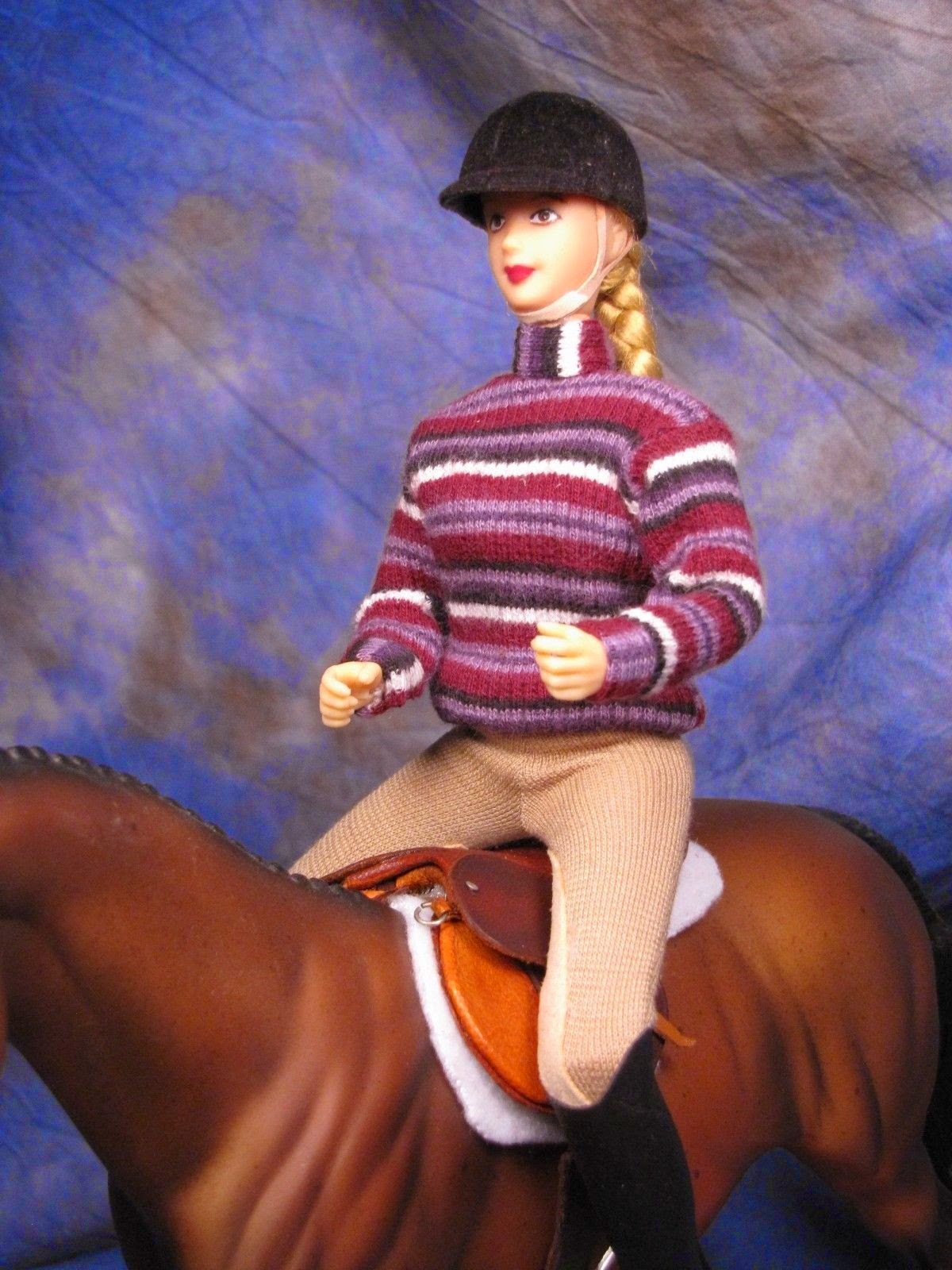 They're much more realistic and their joints bend better so they sit on the horse more appropriately so they're easier to pose.  Oh well.

So yesterday, I got home from work and there was a small envelope waiting for me.  Just a regular, first class mailing envelope.  On the return address it said "PIF" and an address in Michigan.  Even though I know someone from Blab in Michigan, I knew the address wasn't hers.  I sat there for a few moments and tried to feel through the envelope what it was.  My PIF wish list had contained only small items such as Stablemates, picture magnets (the sort that has scenery from a specific location, not a magnet you can put pictures in) and tack, preferably rope halters for Traditional scale models.  I can make (sorta) regular halters but I don't know how to make rope ones, let alone know what time of material to use.  Anyway, finally I opened the envelope and discovered two rope halters.  One in a nice minty green color and the other in a dark green.  Very cool!  The note that came with it said she'd made them to fit ISH, Lady Phase, San Domingo and Idocus molds.  I told my mom she must have done research because those are all molds I conga. 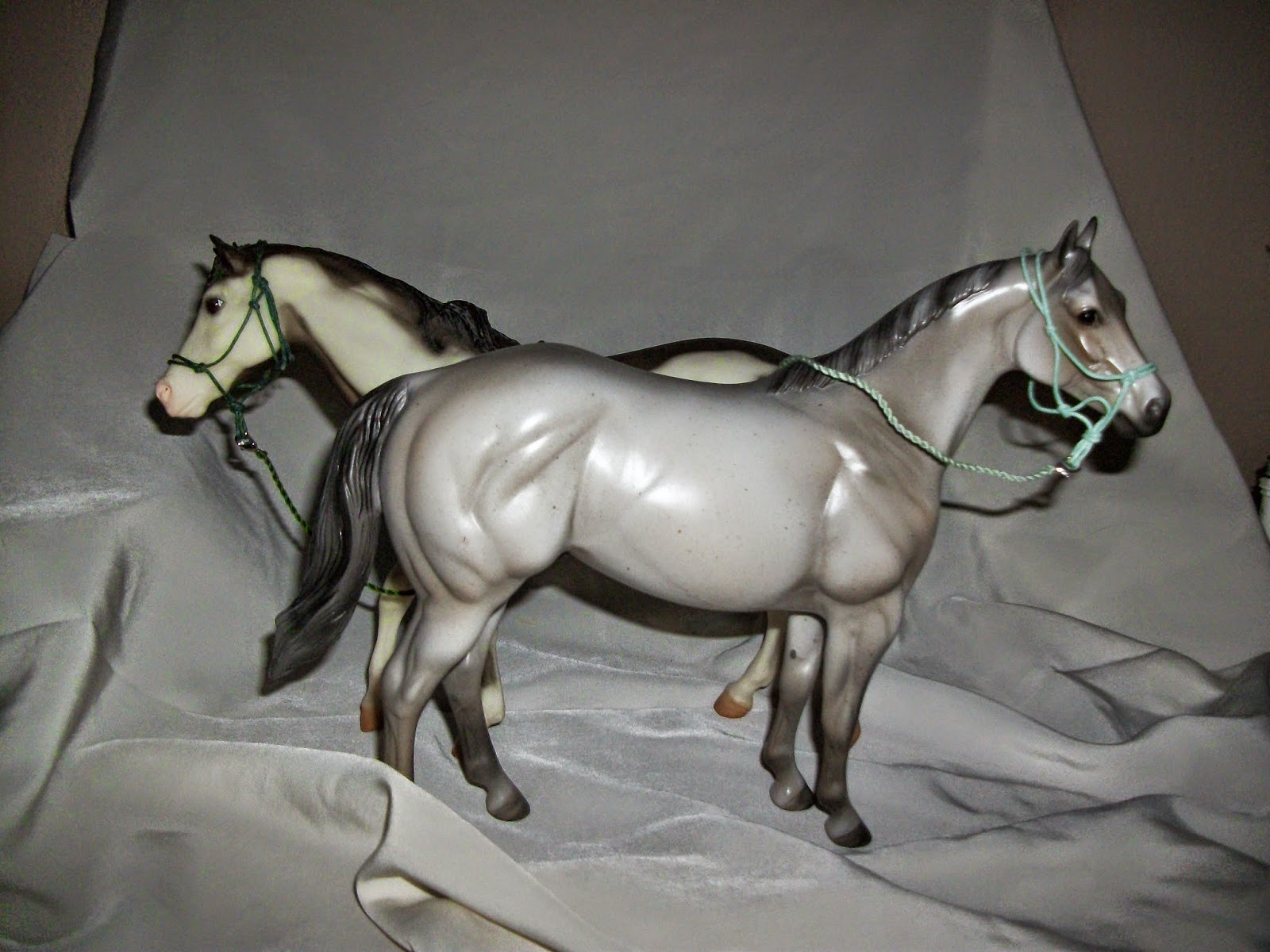 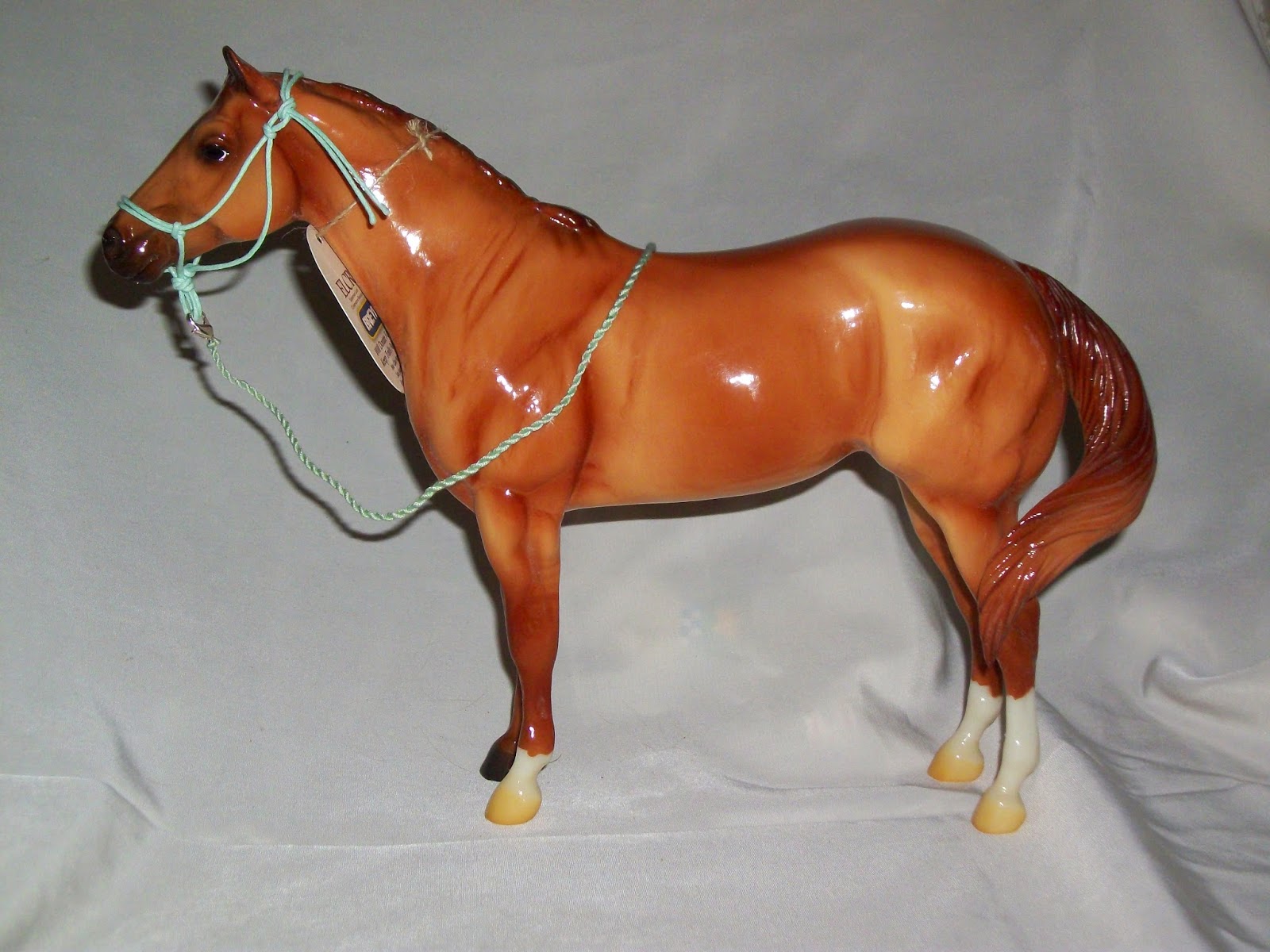 When I posted on the Blab "I've Been PIFed" thread I mentioned that and she replied that she had looked at my blog and had seen that I liked those molds.  They seem to fit the San Domingo mold the best so my Domino will keep his.  As you can see, it's kind of baggy on the ISH so I put it on my ELCR Lady Phase and it fits somewhat better.  I'm very happy with my new halters.

Well, I guess that's it for now.  I'd better get to work.  I don't know, yet, what kind of work I can do today, but I'm not going to get that figured out playing on the computer.  If I have any readers in the mid-west and east coast, I hope you stay warm and if you have to go out on the streets, drive carefully.