Aka...I hate being an adult sometimes and having to do the right thing...

Ok.  So.  I grew up in Scottsdale, Arizona which has been home to an annual Arabian horse show for the past 50+ years.  Scottsdale was also home to many big Arabian show barns.  You could drive down Bell Road or Cactus Road and they were all over the place.  Tom Chauncey was on Scottsdale Road and on Sunday they held these mini shows where they'd bring out different horses.  It was there that I became aware of  *Naborr and Bask++, both of whom Mr Chauncey owned at one time.  They would tell you about the history of the breed while showing off their beauty, either being led or at liberty.  They called Toska Too their Goodwill Ambassador because she loved everyone and Simeon Shai liked to look at himself in the reflection of the glass in the sales center.  Mr Chauncey usually came out towards the end and gave Simeon a carrot. Or some other treat.  One year on Mother's Day some lady casually mentioned it would be nice if he gave someone a horse as a Mother's Day gift.  Guess what?  He gave HER a horse.  On Easter Sunday they would put bunny ears on one of the mares and lead her around with a basket of treats for the kids in attendance.  After the Sunday Showing you were welcome to tour the barns.  I went very regularly.

KoHarA was just around the corner from Tom Chauncey Arabians and had beautiful grounds.  I only got to visit once because they weren't open all the time, but the one time I was there I was introduced to this lovely guy 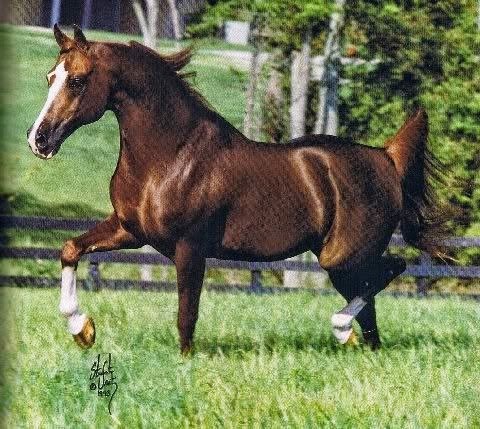 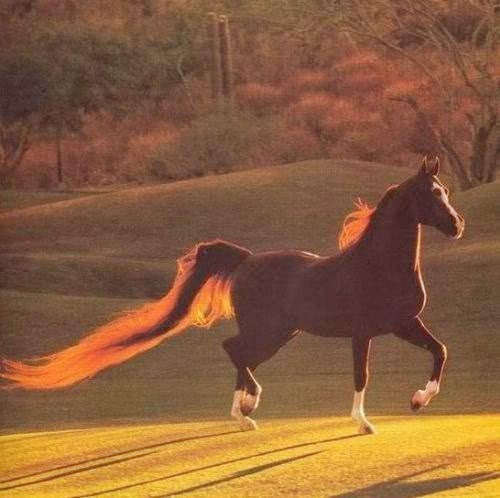 I fell in love with him immediately as well as one of his fillies who was at TCA named Amber Rage.  Anyway, I've been wanting to do a Stone DAH to resemble *Muscat but I kept pussy-footing around and with the start of 2014 a major design part disappeared from the drop-down menu...the 2013 blaze.  While not an exact replica of *Muscat's facial marking, it was the closest Stone had it.  So I thought that was that.  Until someone posted on the Stone FB page asking them to bring it back and they said they'd check with someone on Monday and, well, they brought it back.  I waited a couple of days until payday then ended up deciding not to get it just now.  But then today I was looking at posts on the Stone FB page and one of the employees posted a message to the West Coast people asking if they needed more time.  More time for what, I asked.  The 30% off DAH.  for orders over $100, right...that had been the sale earlier in the week.  No.  30% off ANY DAH during a certain time period, but basically to end at 6pm MST.  Now was the opportunity to get my *Muscat so I went to the Stone website and did up my Arabian. But I can't have just one at that low price, can I?  Noooo.  Of course not.  So I did up a second Arabian.  The price was doable, but that's where being an adult comes into play.  I had the money to order both, but...I hate not having money in the bank.  So I decided to busy myself with other stuff so I wasn't tempted to buy.  Easy, right?  Nope.  Just for shits and grins I checked the FB page to see if the sale had been extended, but there was no mention of I so I went back to the stone website and discovered the discount still worked.  Now what?  Nothing.  I still didn't buy.  Not when the discount worked at 6:15 and not when it still worked at 6:45.  That's when I flipped a coin.  Heads I buy both, tails I don't buy either.  It landed on tails.  Ok.  Fine.  I could live with that.  So then I did an alternate.  Heads I buy JUST the *Muscat and tails I didn't.  Again, it landed on tails.  <sigh> Okay.  That was that.

Well, if that was that then how come, at 7:01 I ordered a chestnut Arabian with the 2013 blaze with three medium socks, one low sock and hoof stripes on the two front feet, huh?  Tell me that!  But hey...I'm still a responsible adult.  I only bought one horse.  The one I wanted the most.  I have no doubt they'll have another good sale down the road and I can buy the liver chestnut extreme tobiano with blue eyes and the 2014 narrow stripe...or another one.

The big question is, though, how do I explain the arrival of *Muscat when both my mom and my brother witnessed the buy/no-buy coin flip and know it landed on no-buy?  I guess I'll have to deal with that when the time comes, but in the meantime, I'm getting an Arabian with lots of 'chrome' for very little money.  Total score!

Have a good weekend, Everyone.
Posted by Brenda at 7:24 PM