Breyer put up their countdown clock for Breyerfest on their website and it's now less than 90 days away.  They did it last year as well, and probably the year before that and the year before that etc etc, but this year it makes me sad because I was really hoping to go for the first time.    They've put up some good-looking models to tempt us with and the latest is a mother bear and her cub 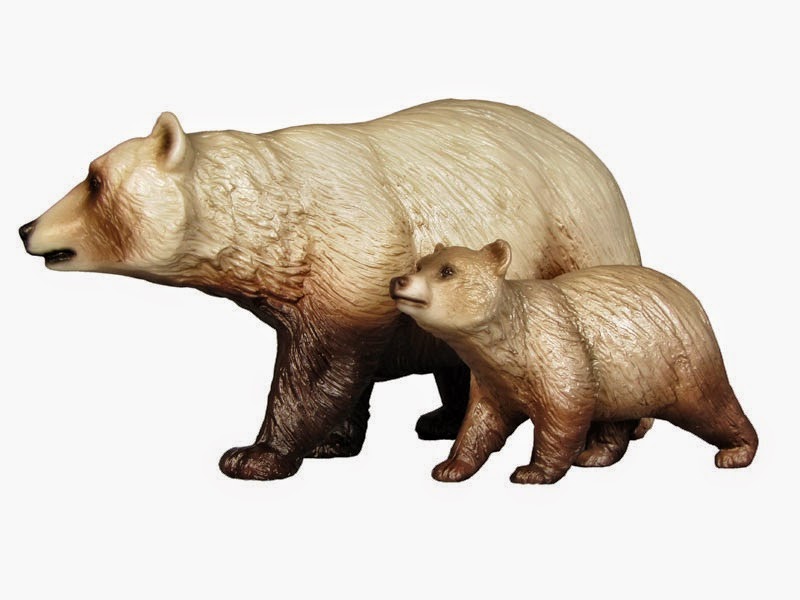 I like bears and I have bear statue things, but I don't have any of the ones by Breyer and I like the coloring of this pair.  Even though I'm not going this year, I will probably still buy a ticket since twice   they have offered 'overstock' from BF 2013 but you could only access it if you were a ticket holder.

If I REALLY wanted to go, I could.  I have money for it.  But I know that as soon as I commit money to going, my car will break down and I'll be screwed.  So I can't go.  Well, I won't go.  I don't want to take that chance.  Maybe I'll try to plan for 2015, I don't know.  Maybe I should just give up all thoughts of ever going.  I don't know.  The Early Bird special ends on April 15th so I should probably buy my ticket before then.  We will see.  But it still saddens me to see the countdown clock.  And it's not like I can avoid it...it's on every page of the website so I'd have to avoid the entire website between now and BF, which isn't very practical since I'll have to visit it in June to pay for Rajah and what if they have another exclusive model to enter for?  Or another warehouse sale?  So I can't just avoid the website.  Oh well.  There's plenty of people out there who collect Breyer and have never gone to BF.

I'm in the midst of several distractions right now so I'm not sure...I don't remember what else I was going to say.  So I guess I'll stop here.  I did end up getting Monday off so I'm going to try to find some horses.  It's my intention to go to an area I've seen them in the past and just hang out for awhile instead of doing a 'drive thru'.  I need to work on my Spring Swap SM so I can get them mailed off.  Anyway, I'll be back.
Posted by Brenda at 12:29 PM