Well, now that I have the "wild horses" out of the way, I can finally post pictures of my new (model) horses.  Sorry it's taken 'so long'.  I can get real lazy sometimes.

As promised, here are better pictures of my Stone DAH Arabian, including his face markings... 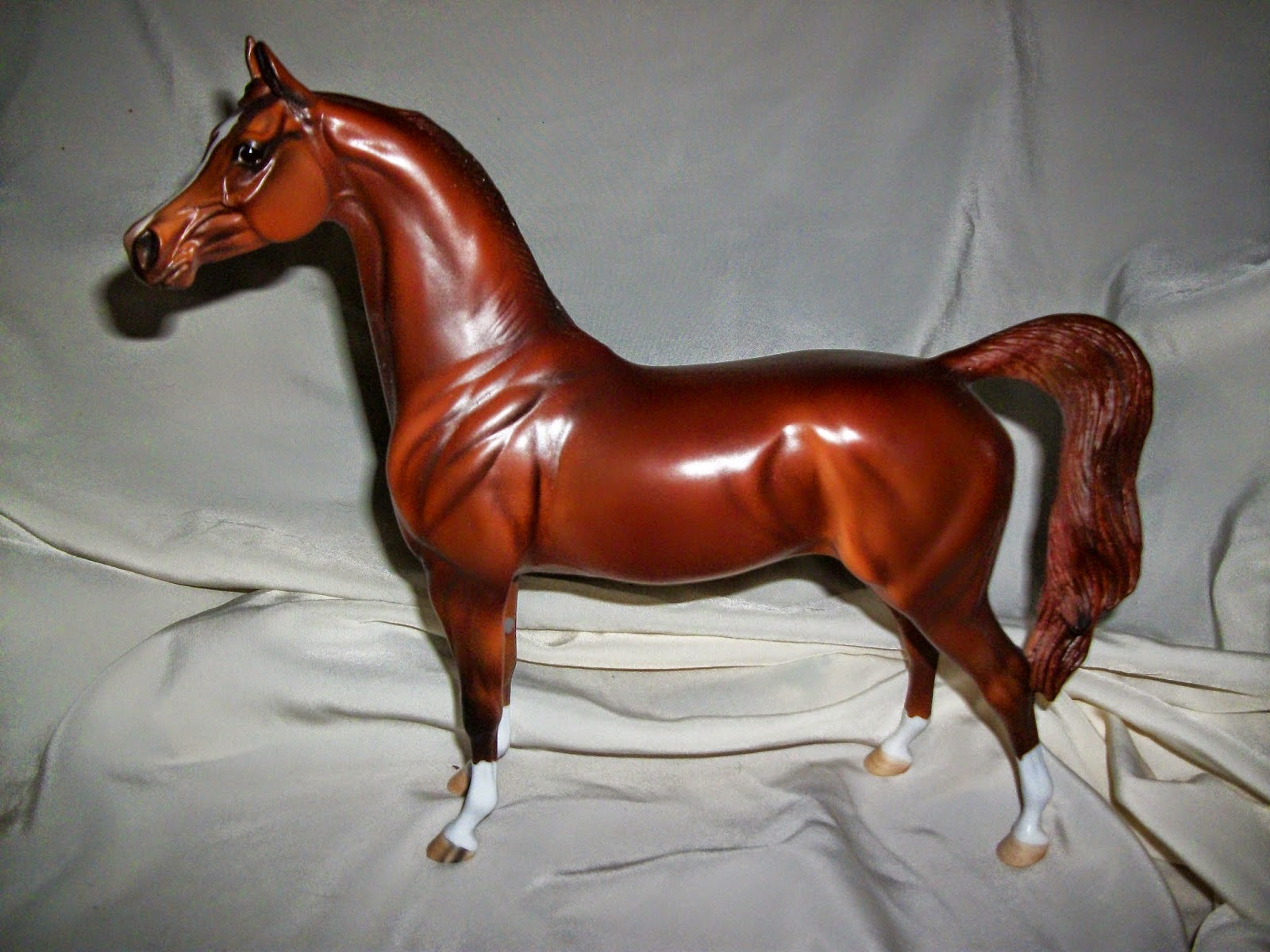 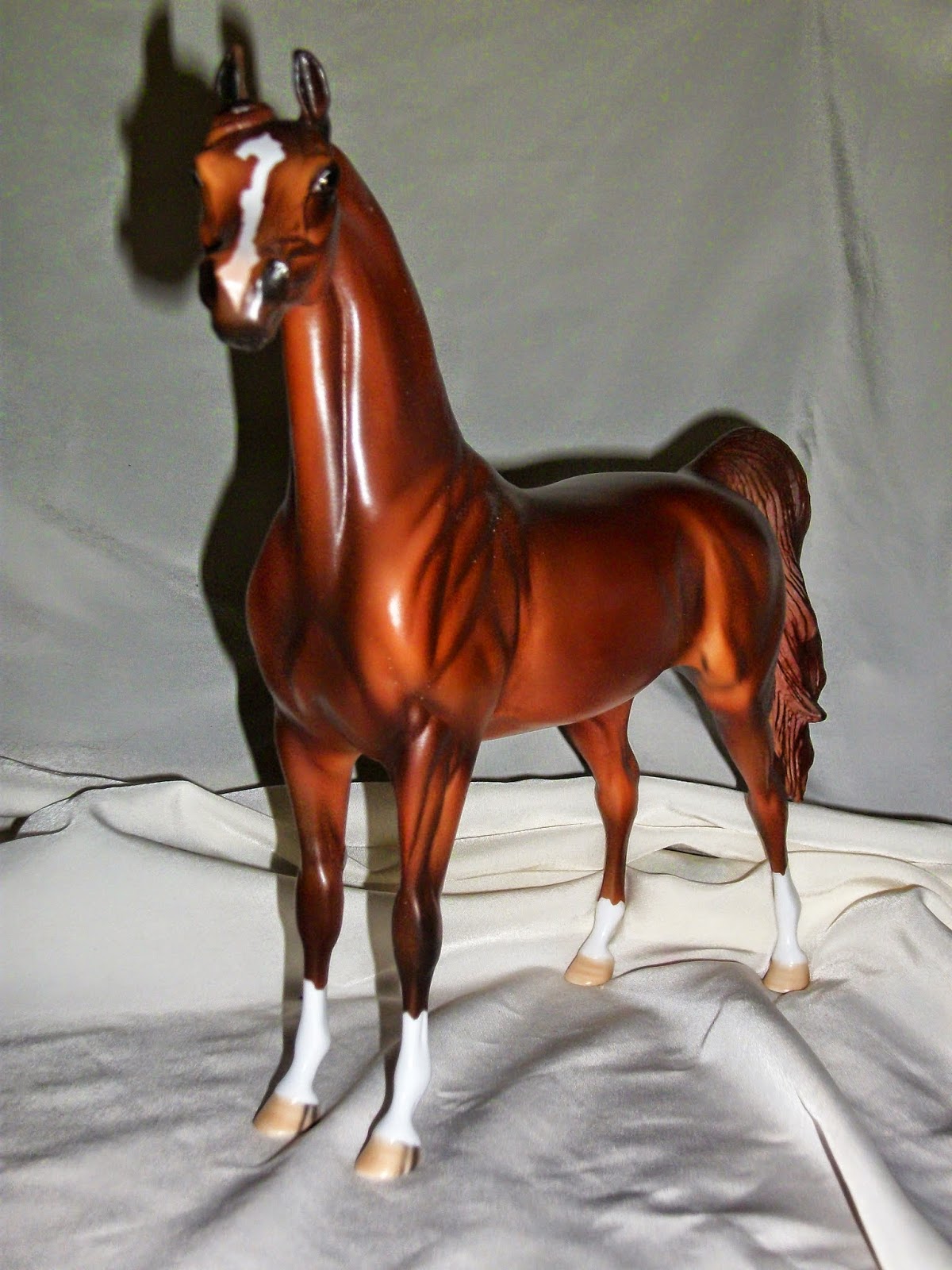 Sorry for the shadow in the 2nd picture, but I don't have a light where the cloth is set up for picture-taking.  I keep meaning to move it over when I'm getting ready to shoot, but I have yet to do so.  I'm quite happy with this guy, but I doubt I'll deviate much from my ISH obsession.  hahaha.

Next are a couple of re-purchases.  I had both at one time, but it was quite awhile ago and I gave them away.  I got them both for about $16 each and they're in great shape for their age.  They're 2 of my favorite molds:  Lady Phase and Stud Spider 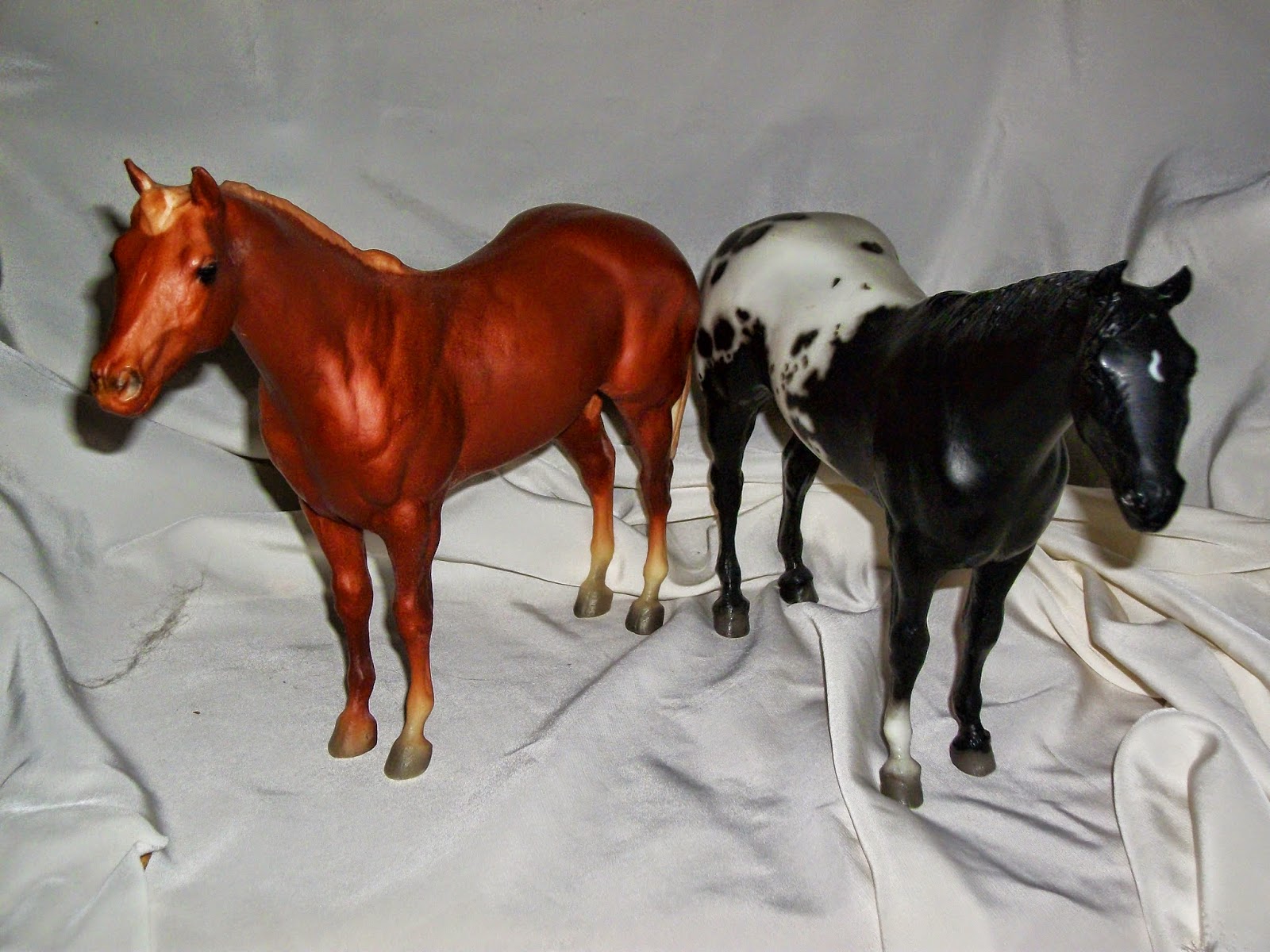 And finally, I was able to secure a Moon Pie SM from someone who went to the Big Easy Bash last month.  I don't like that I spent so much money on her considering she's only a SM, but since they only made 200 of them, they won't be very plentiful on the secondary market.  I don't know how much they cost at BEB, but the amount I paid seemed to be the average price and I'll just say it was not in the triple digits for the cost.  hahaha.   I am planning to conga the mold so I had to get this one. 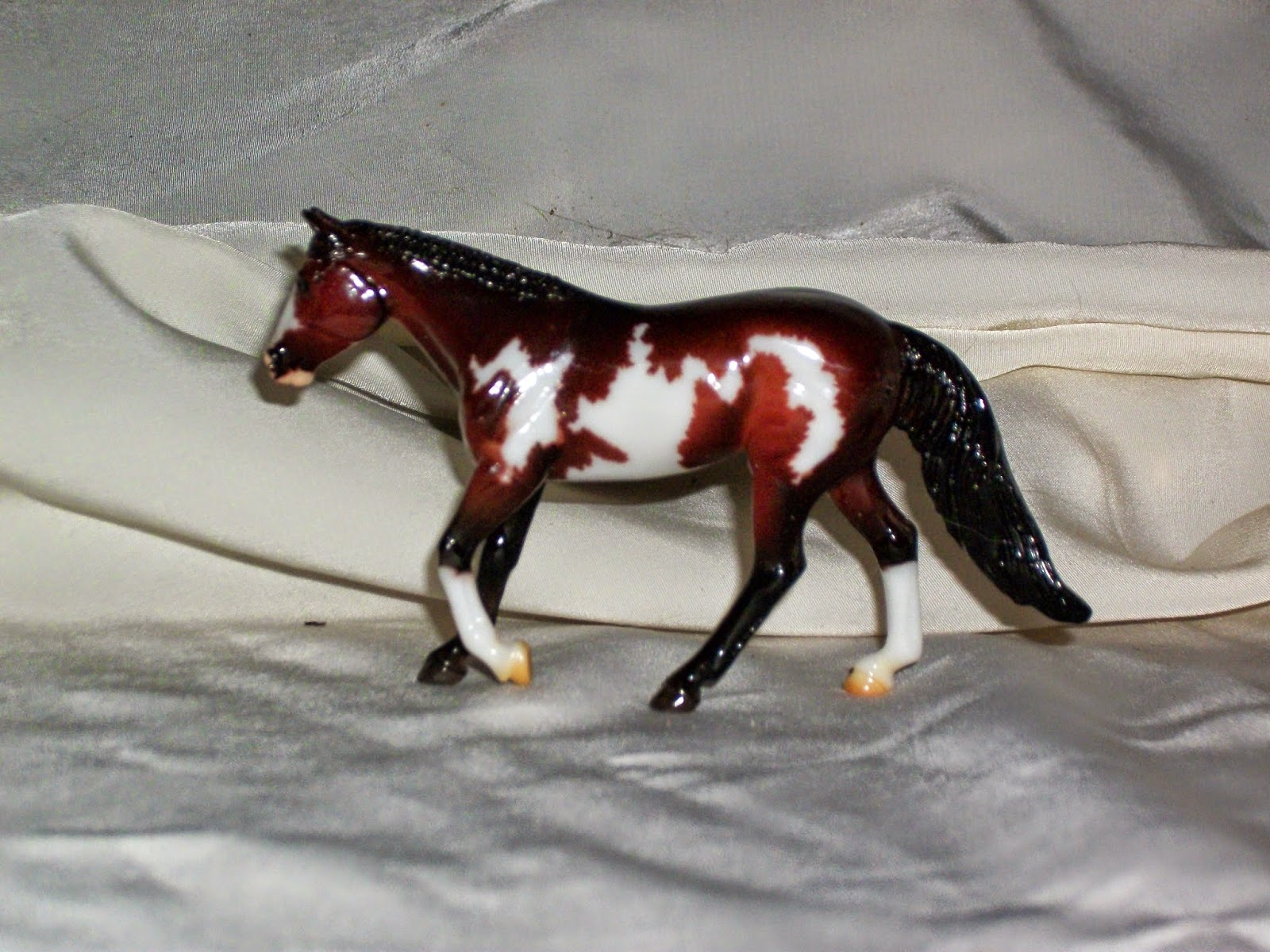 And even though I'm going to conga the Chrome mold as well, I think I can live without the even more limited purple one they had there.

Not much is going on right now.  My brother was in a motorcycle accident last night and walked away from it with only some bumps and bruises, thank goodness.  He was changing lanes and the car that was ahead of him in the lane he was switching to stopped and he hit her.  I'm just glad he was wearing a helmet.  I think he was planning to go look to adopt a dog today because on Wednesday he asked my mom if she wanted to "go looking" and I know they've talked about it a couple of times in the past, but now it's probably not going to happen because of this accident.  It's going to cost him a "few dollars".  But I'm glad and thankful he's okay and I hope like heck he doesn't plan on going out and getting another motorcycle.  He just paid this one off a few weeks ago.  Ugh!  Tomorrow is laundry day and Sunday is grocery shopping.  Tomorrow I also need to go to the post office to mail my package for the Blab Spring Stablemate Swap thing.  I had to alter my plans a couple of times because I'm not a very good artist.

I hope everyone has a great weekend!