So, Breyerfest has started amping up their Breyerfest release models. Yesterday it was the Silver Filigree Sherman Morgan model 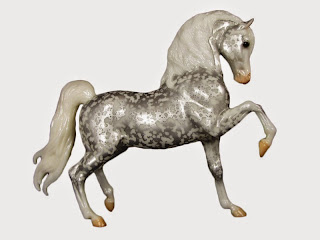 and today it's a Classic size decorator, a Silver Anniversary Plush 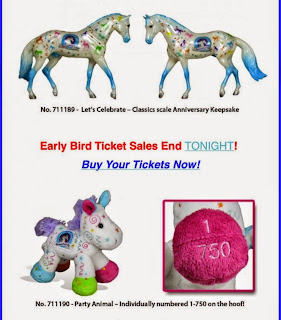 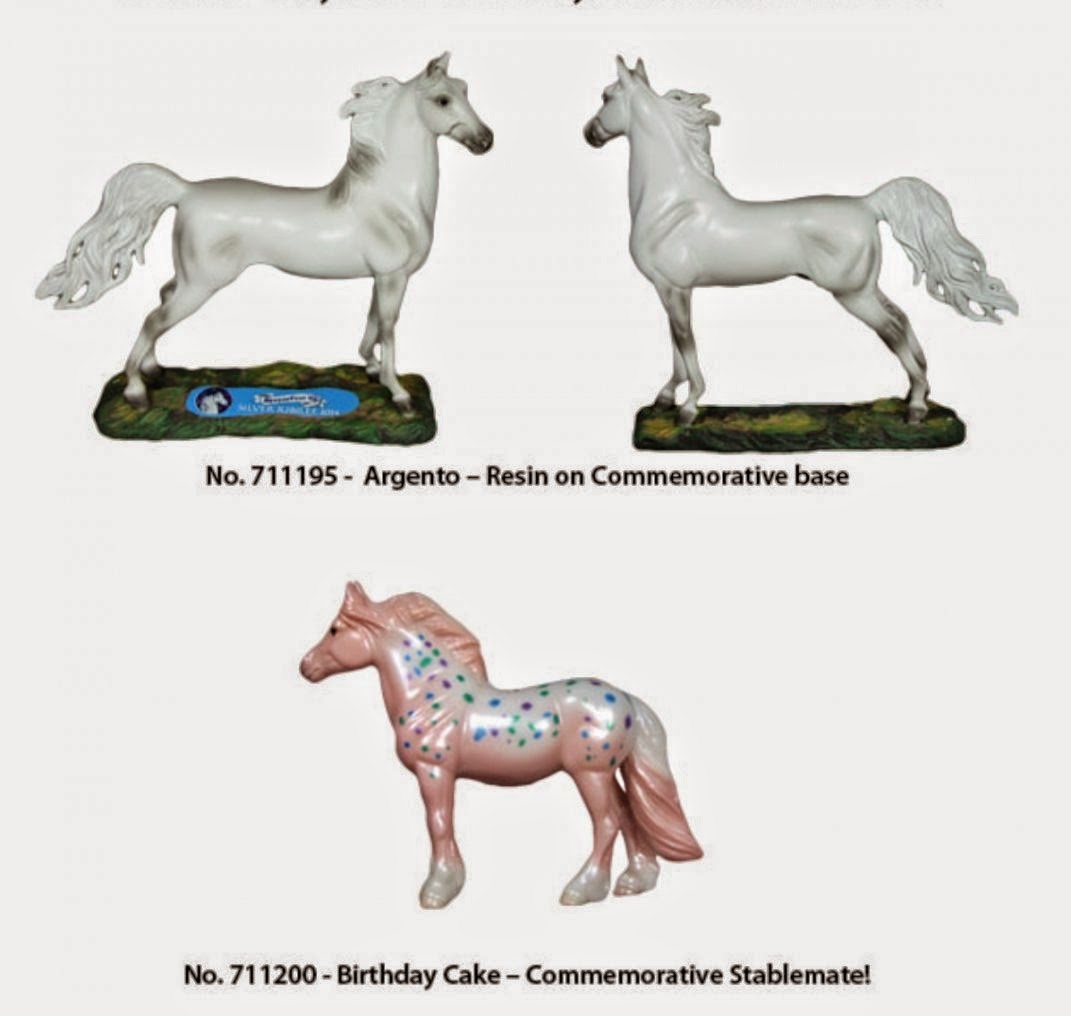 Plus a resin of unknown size and a cute little Stablemate

I really like the plush and the Stablemate, but likely will only look to buy the SM.  I went ahead and bought a Child's 3 Day Ticket for Breyerfest in case they have the post BF sale on the Breyer web site.  I really wish I were going, but I'm not going to dwell on it.

So.  Yesterday.  Boy.   Where do I start?  As mentioned in a previous blog post, I had intended to not just do "drive throughs" where I keep going if I don't see any horses in any of my usual spots and that's what I did.  When I reached my first location that wasn't right on the side of the road, I parked my car so it faced the spot I've seen them at several times and ate my breakfast while I waited for something to happen.  To get to that particular spot, the horses pretty much have to go over a hill or two, depending on where they are and after 10 minutes of seeing no movement other than vehicles driving by (and looking at me, wondering what I was doing) and the occasional bird, I moved on out to my 2nd location.  Now, this place I've never done anything more than drive through the parking lot and turn back around.  It's near water and I'm not a fan really of walking far distances, but since I was doing things differently this time, I actually got out of my car and walked down to the beach area and guess what I saw? 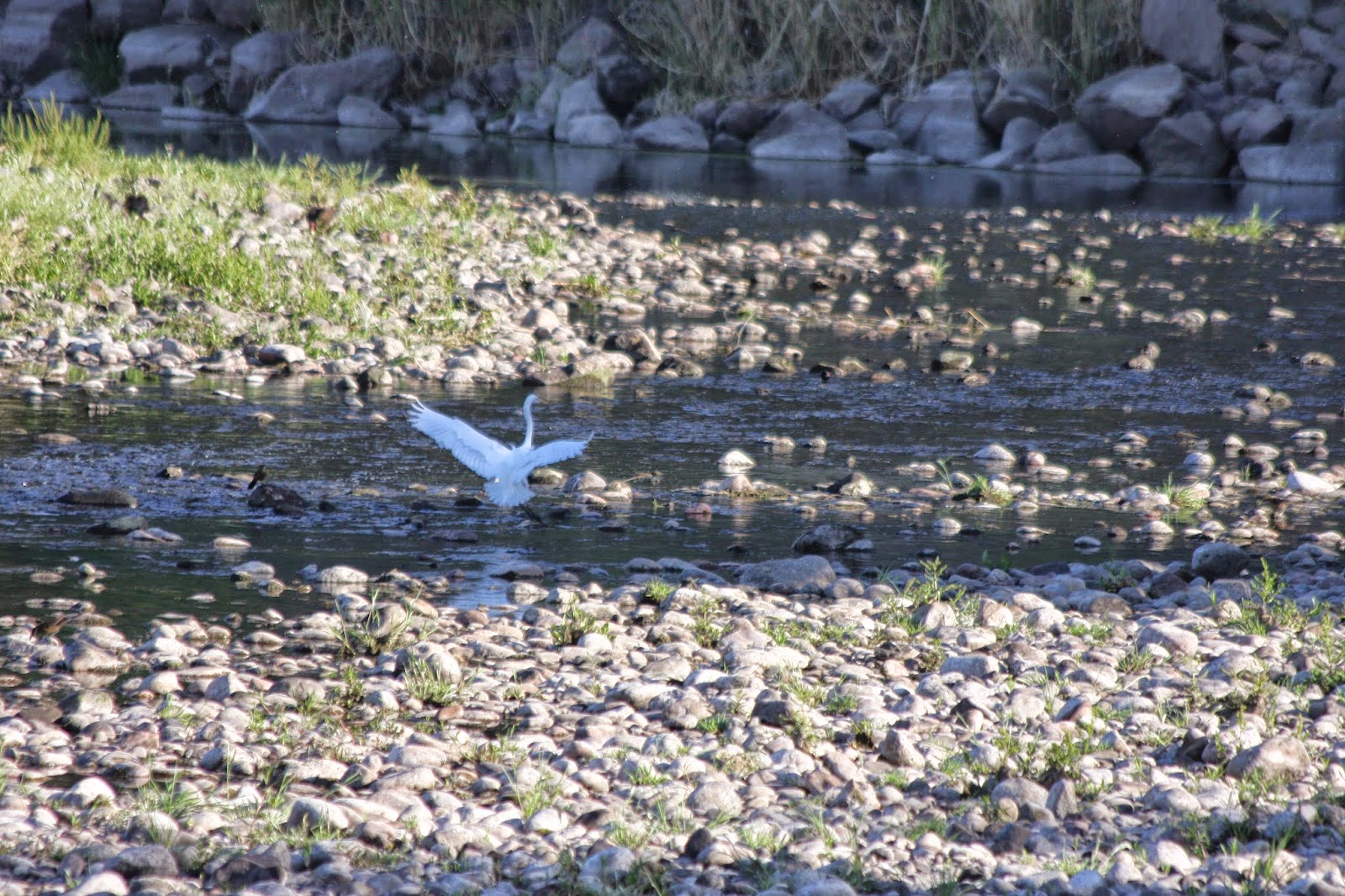 Birds.  Herons, Egrets and Vultures.  Oh boy!  Hahaha.  So, I turned around and headed back to the parking lot.  As I was walking, I noticed an older man walking towards me so I started to "swing wide" to avoid him, but he followed my path.  I wasn't super concerned given our size difference, but nobody knew I was out there so it's not a situation I really want to be in.  Anyway, when he got closer he called out "birds or horses?"  Turns out, he was there looking for the horses, too.  He'd seen then there yesterday and sees them almost daily because he goes out almost daily.  He gave me some tips on where to look for them at this particular spot and showed me some pictures he'd taken in the past.  He also said he'd just come from another of my spots and the horses were there, including a young foal.  He did say, though, that there was a guy there with a camera who was following them and they were moving away from him so they may not be in the same place.  He also mentioned the guy had a tent.  It's a campground and that's a reason why I don't usually get out of my car, but if there were horses around, I'd think of something.  So, we parted ways and I headed for my next spot and he went in the opposite direction.  At the campground, I spotted the guy with the tent so I decided to take my new scanner with me.  It looks like a regular 2 way radio so I figured I could act like it was and if the tent dude looked at me strangely, I could pretend like I was talking into it about the horses and maybe he would assume I was with Fish & Game or somehow affiliated with the wild horse management.  So, I walked over to the edge where you can see the river and...nothing.  Well, I wouldn't say nothing.  I saw another Heron 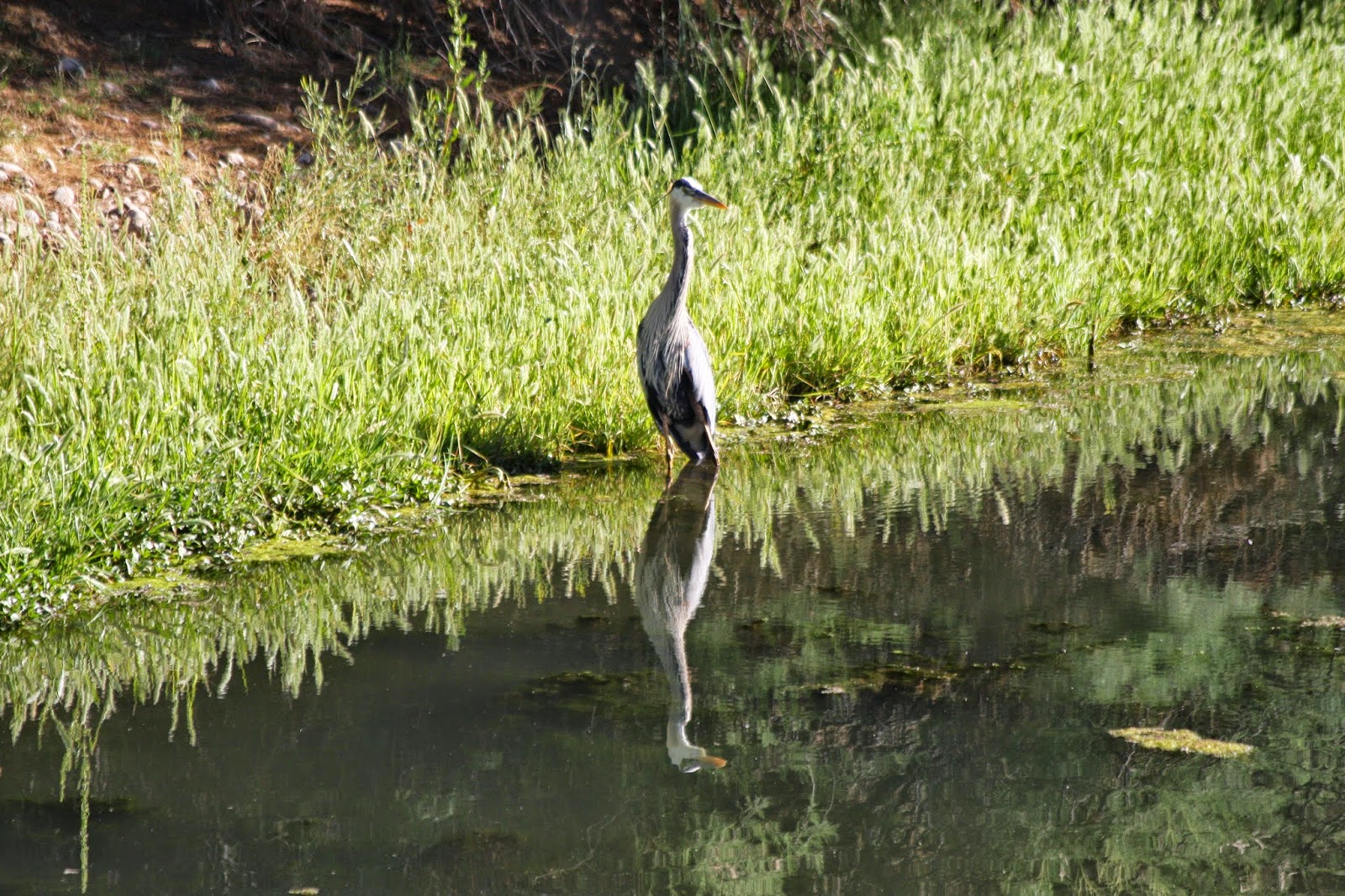 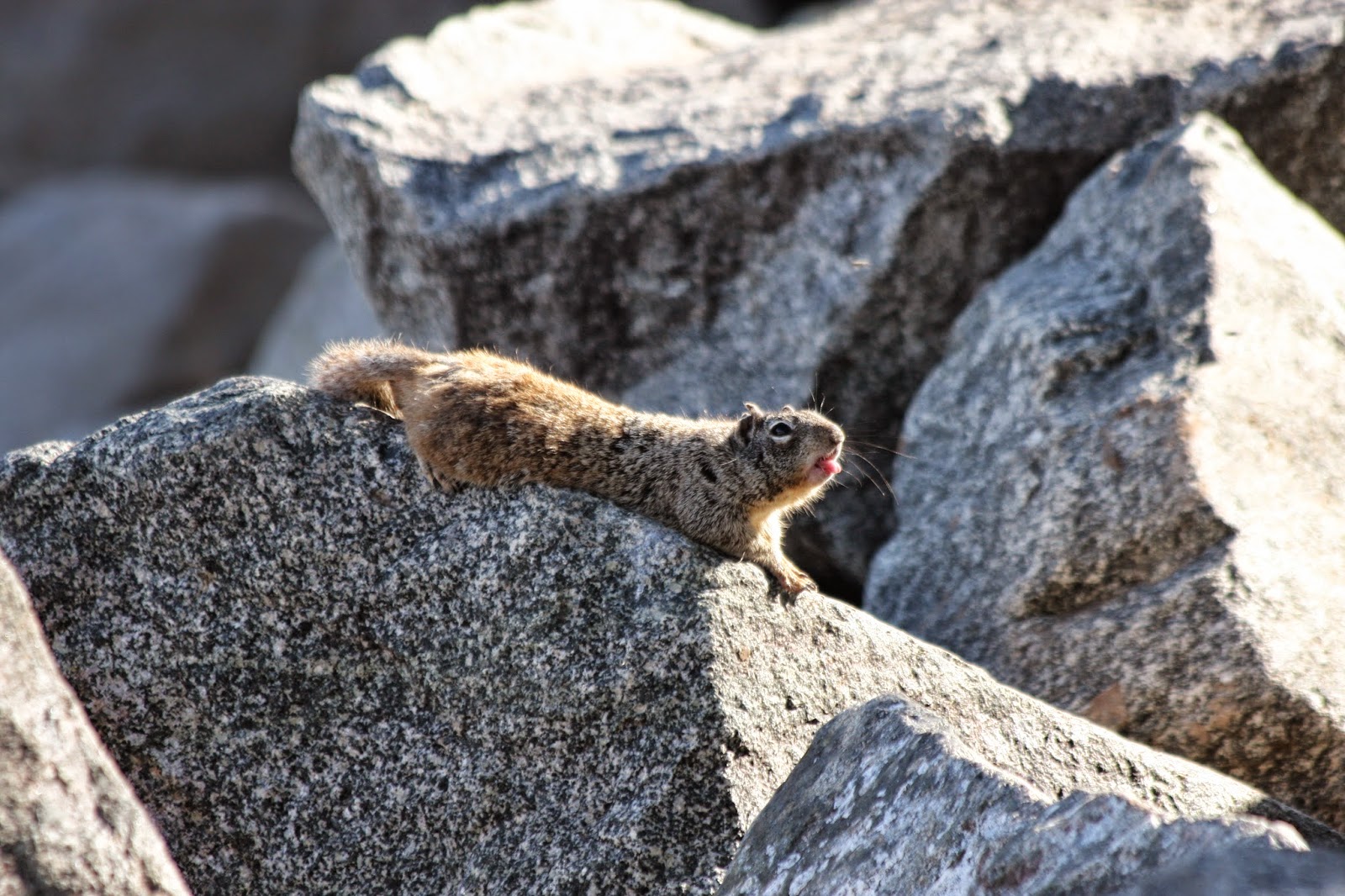 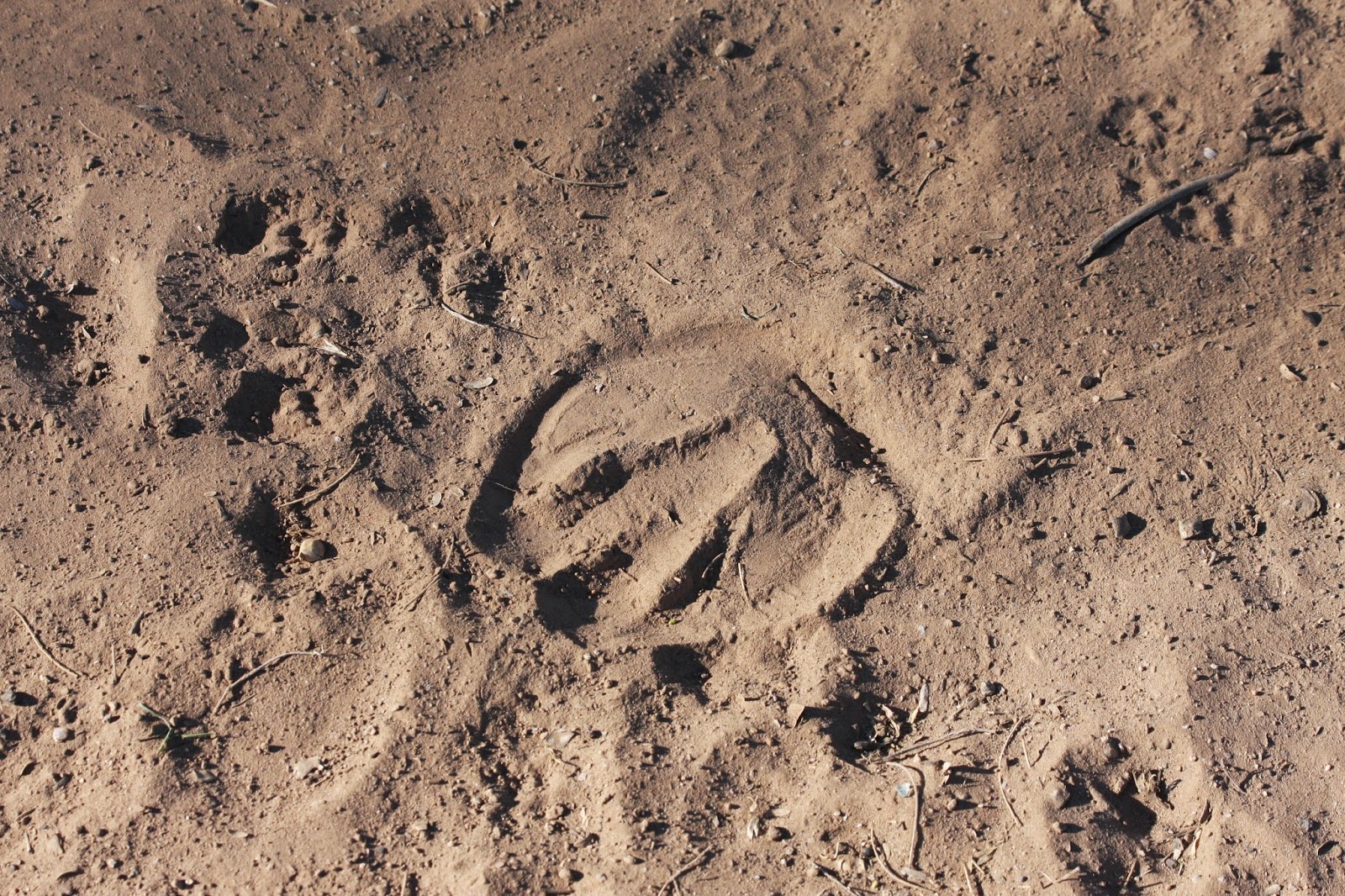 but no signs of the horses themselves, which was probably good since I was having problems with my camera.  It kept flashing "busy" at me and not working properly, but I got it working.  I was bummed at the lack of horses of course, but it was still early.  I started back towards the parking lot, but something caught my attention to the right.  At first I thought it was another restroom, but then I saw a lady over near it and walking this way and that.  When I got a few more steps toward the parking lot I realized... 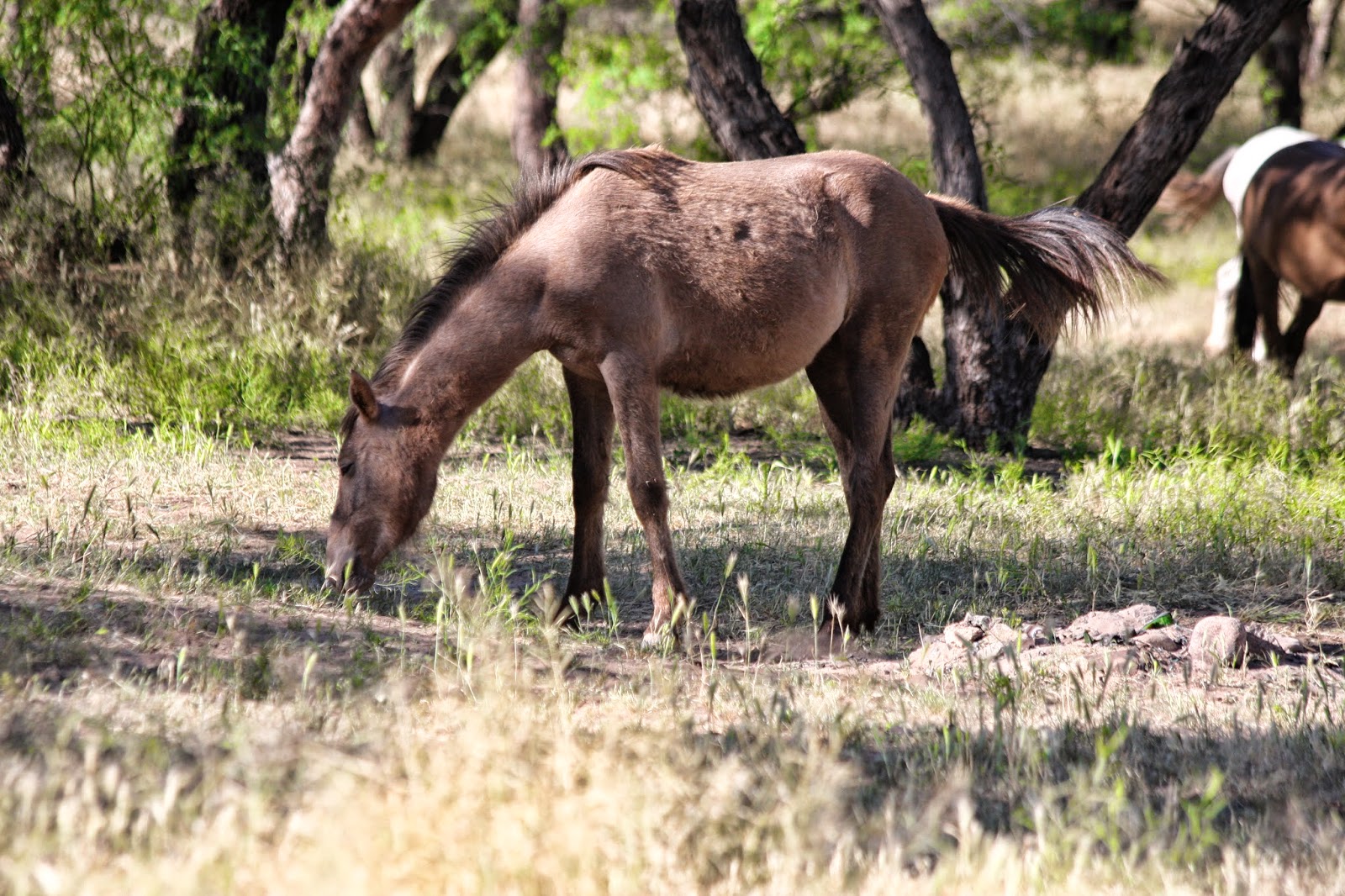 And then there was the baby... 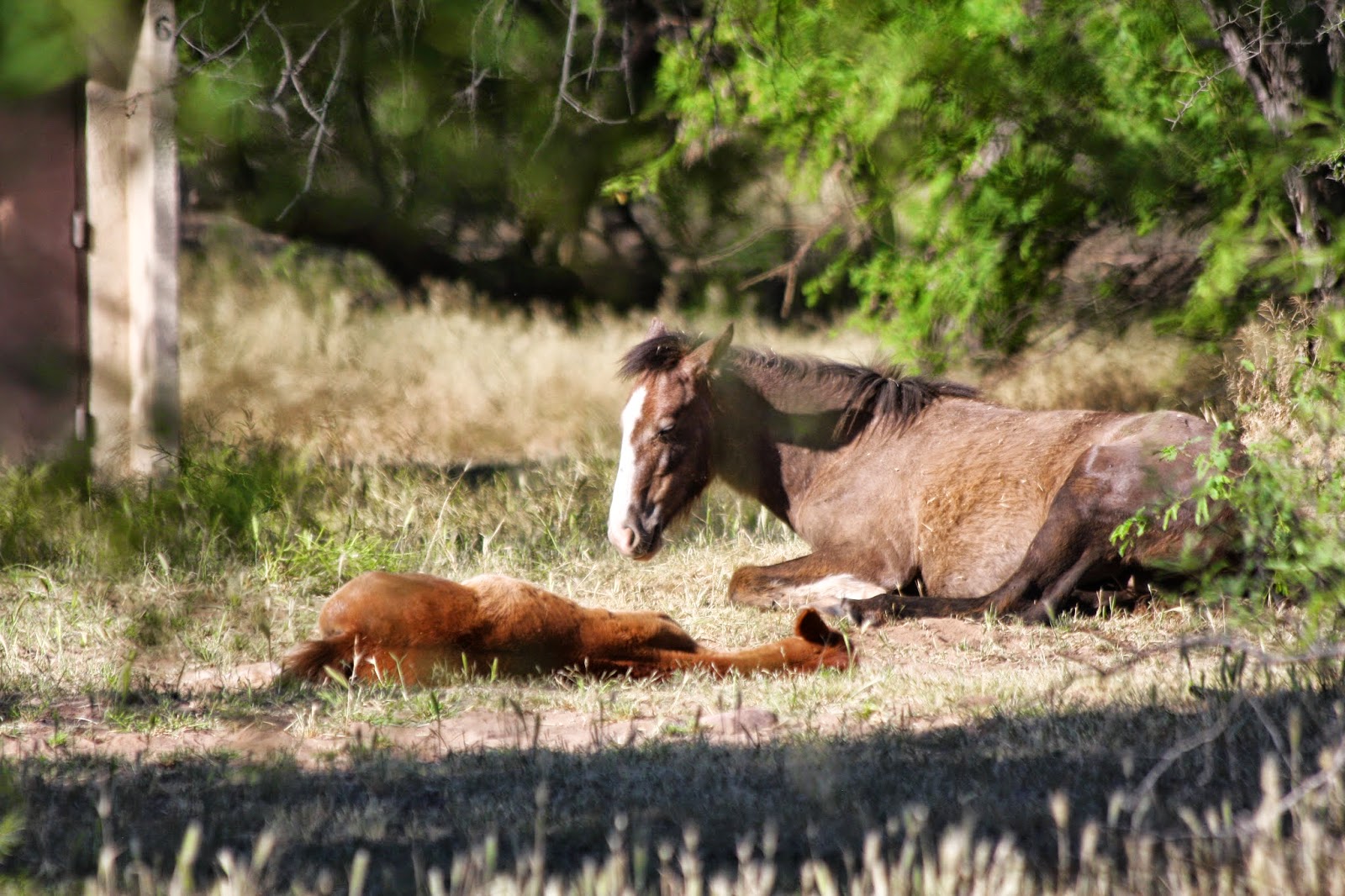 None of them seemed too concerned with my presence.  Several of the mares were lying down, including the foal's mama.  The rest were eating.  I probably could have gotten closer than I did, but I didn't want to scare them.  I worry, though, that they're getting too used to humans being around.  I took a lot of pictures of the foal. 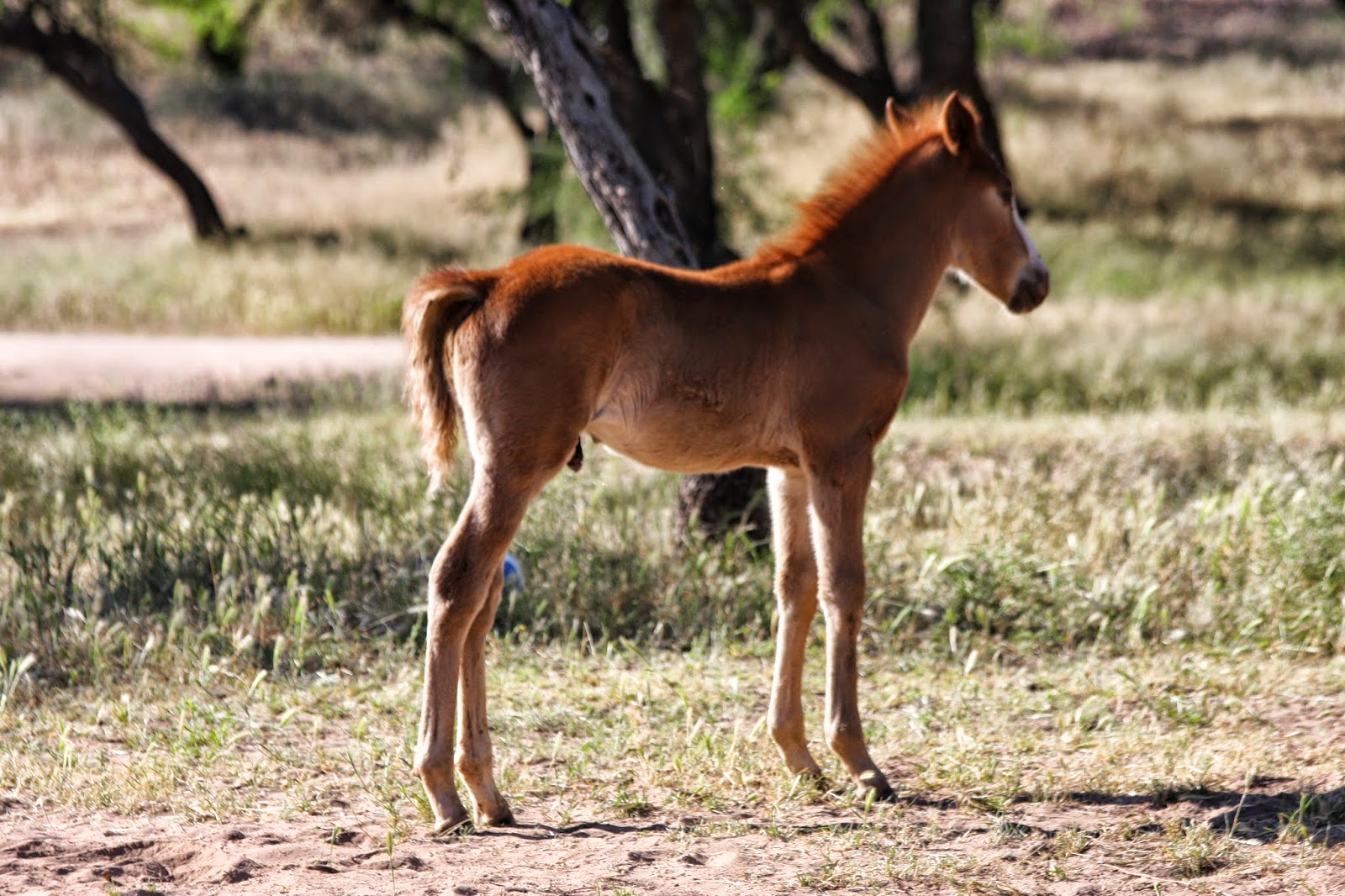 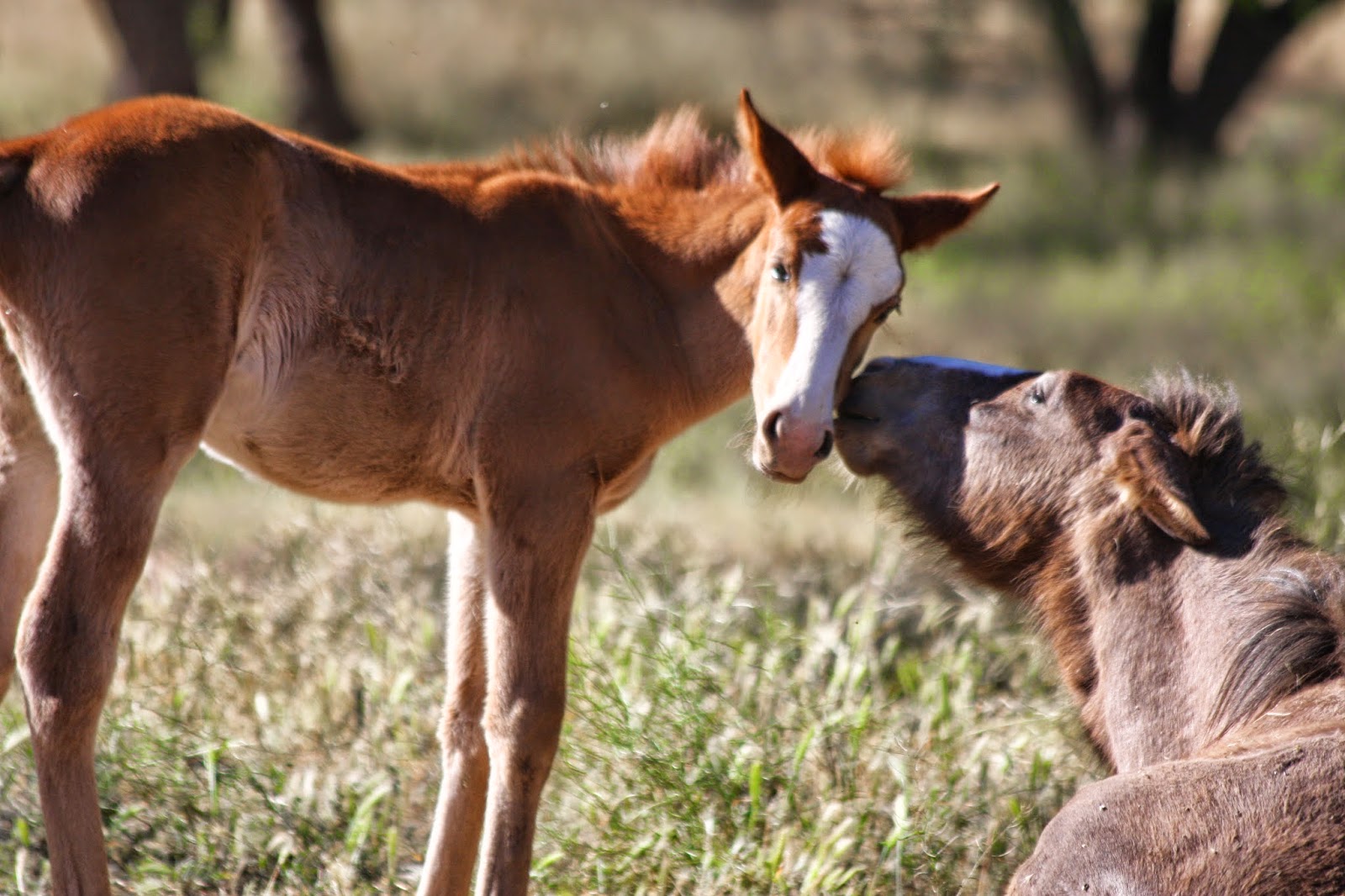 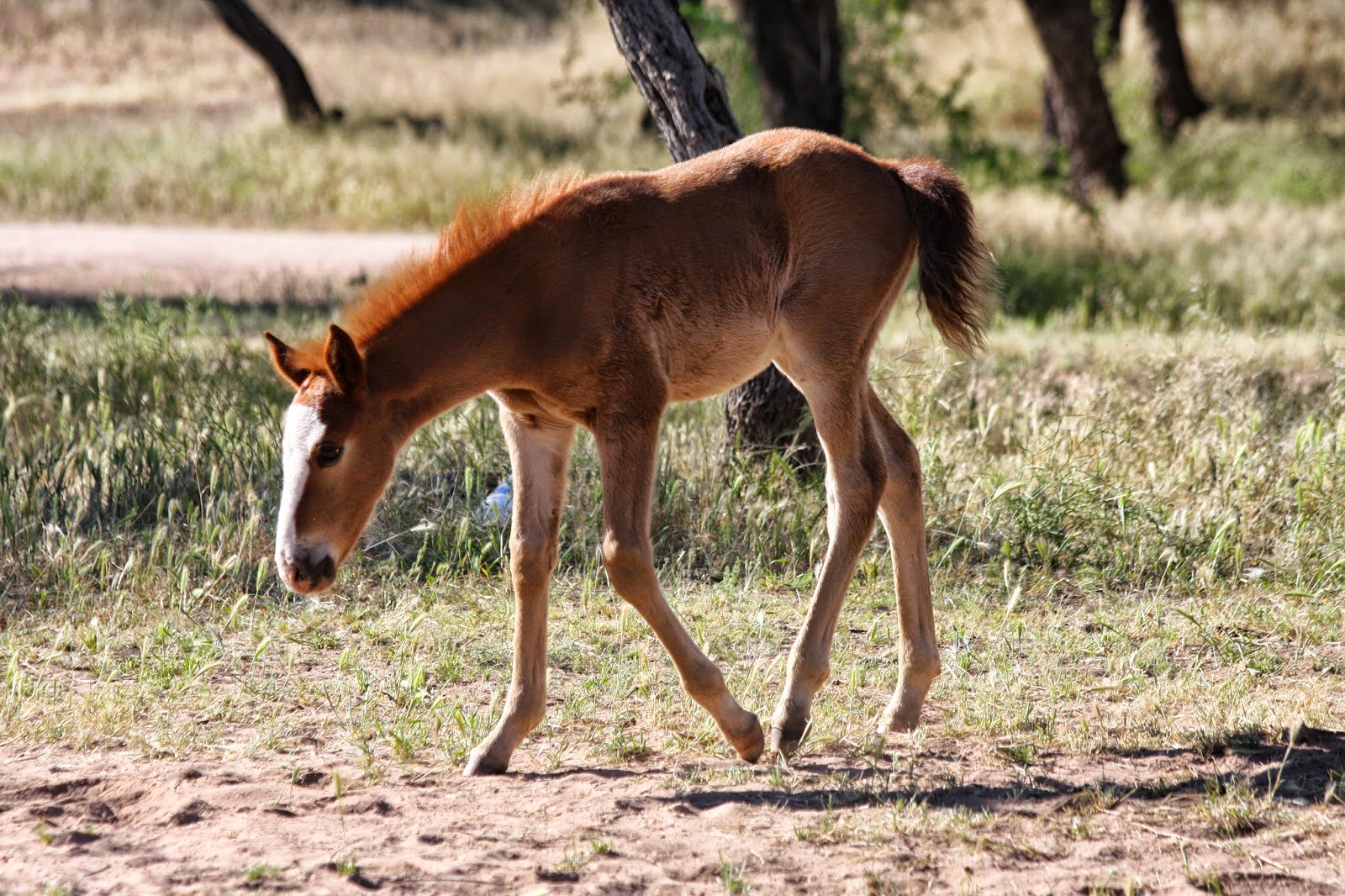 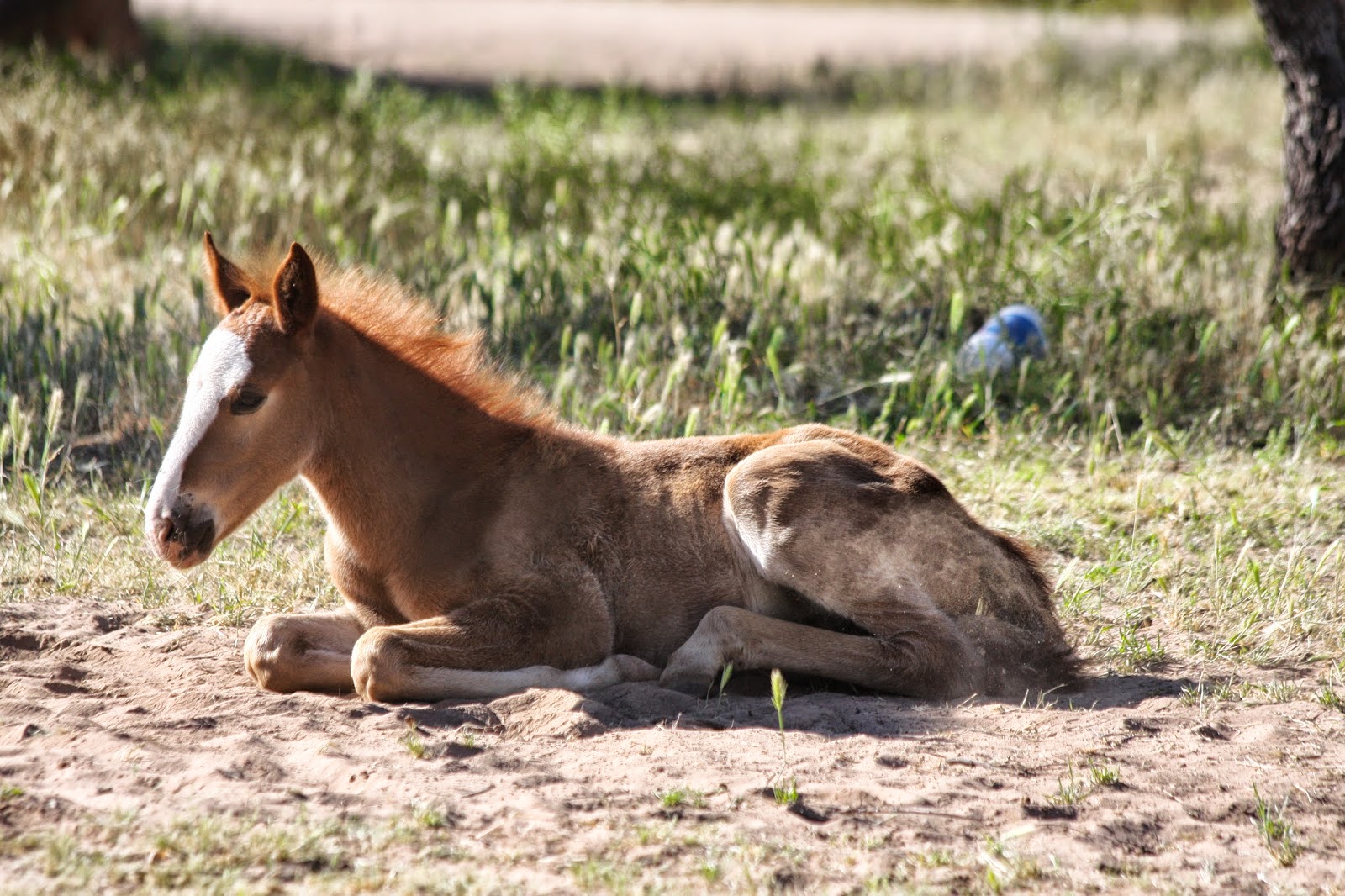 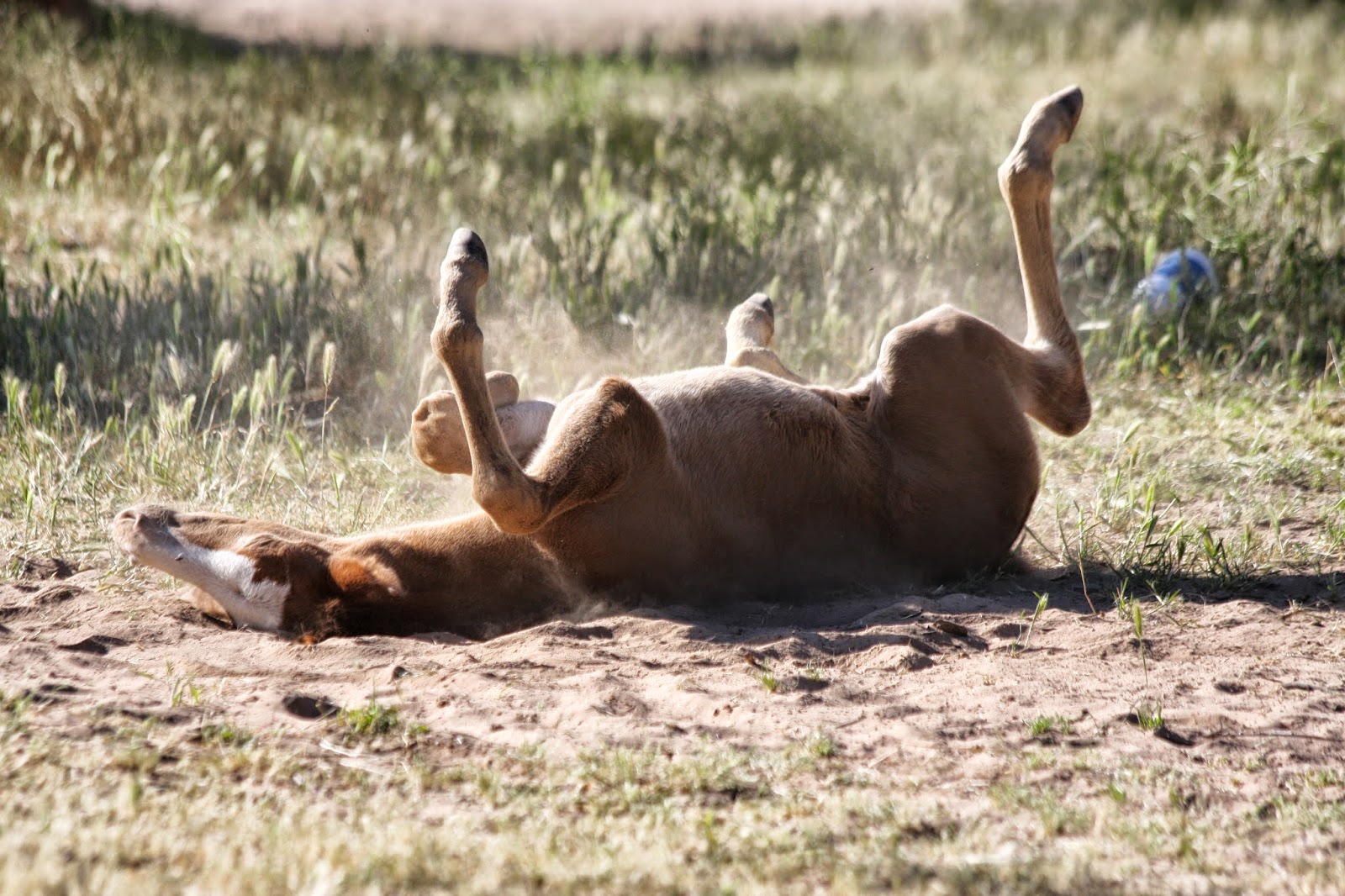 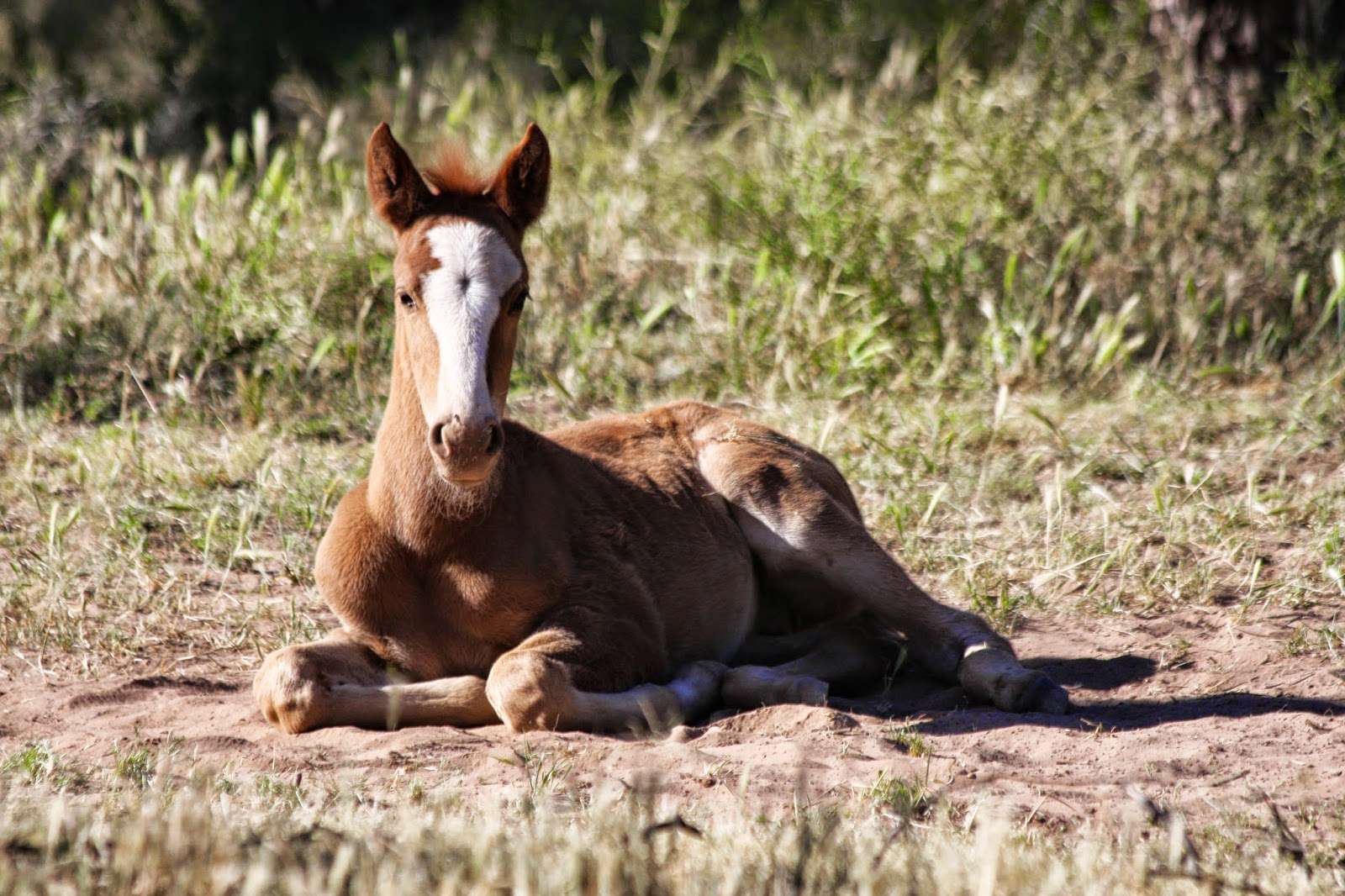 Some of the others were difficult to photograph because they were lying down or were too far away. 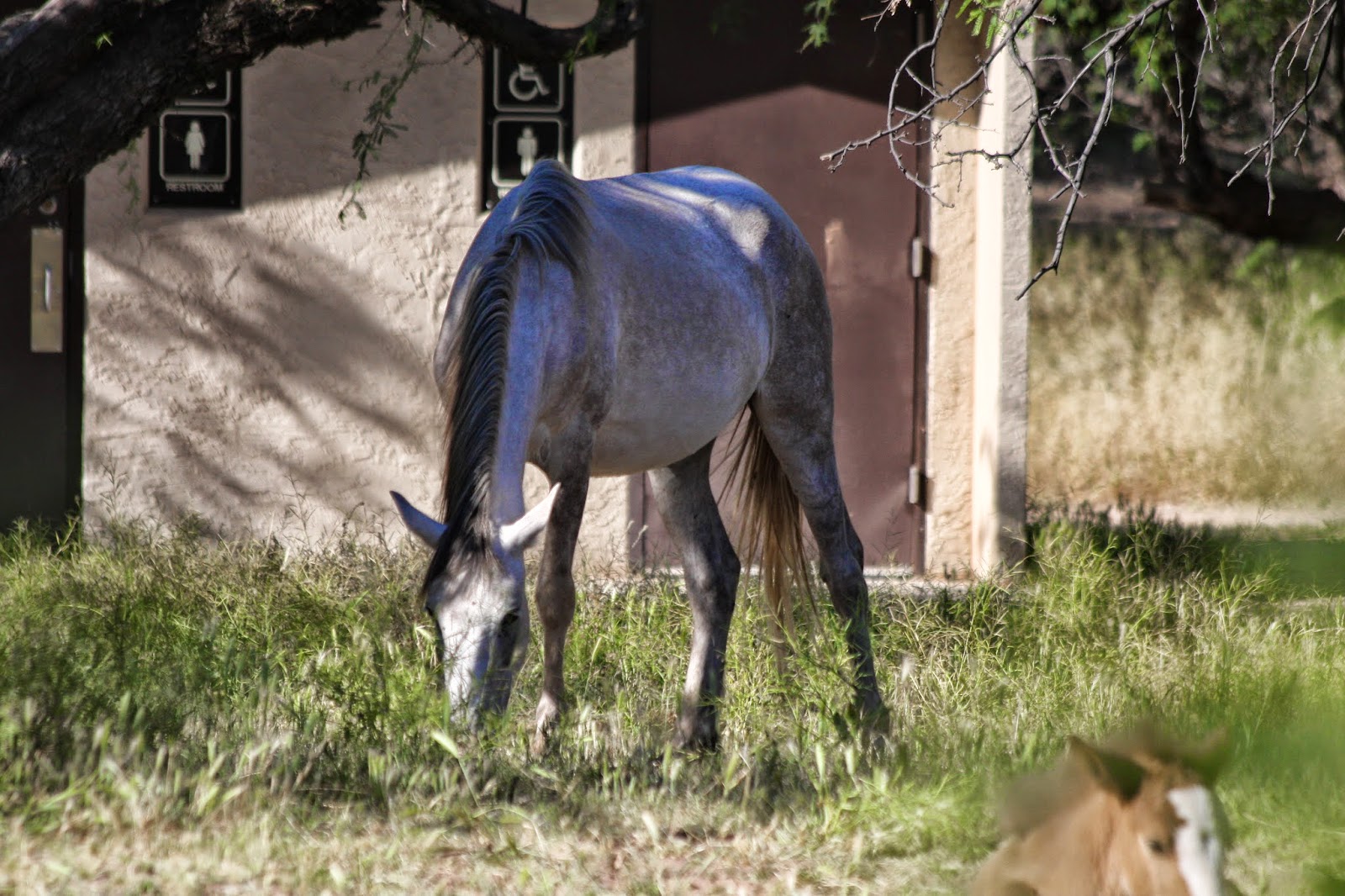 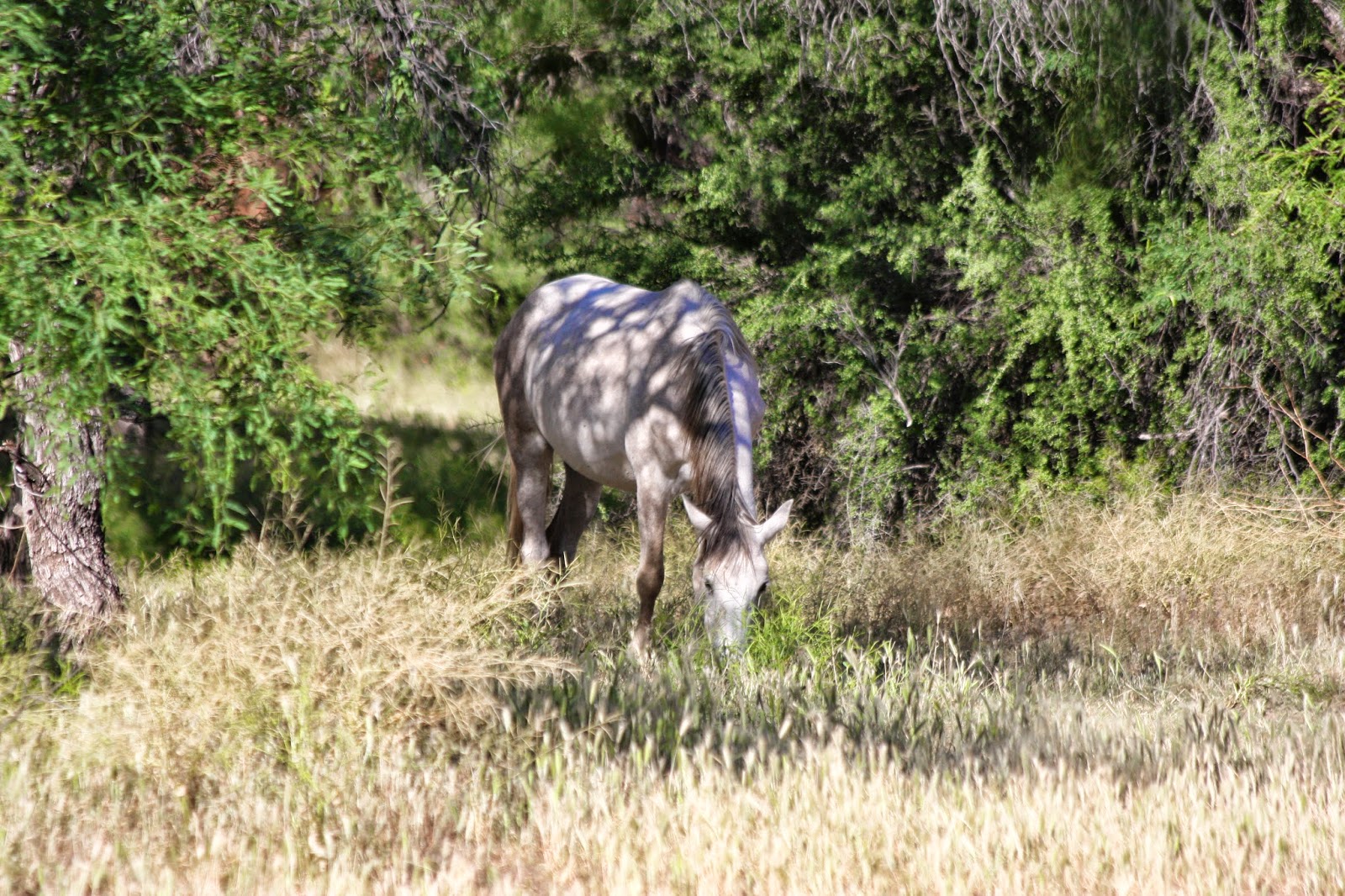 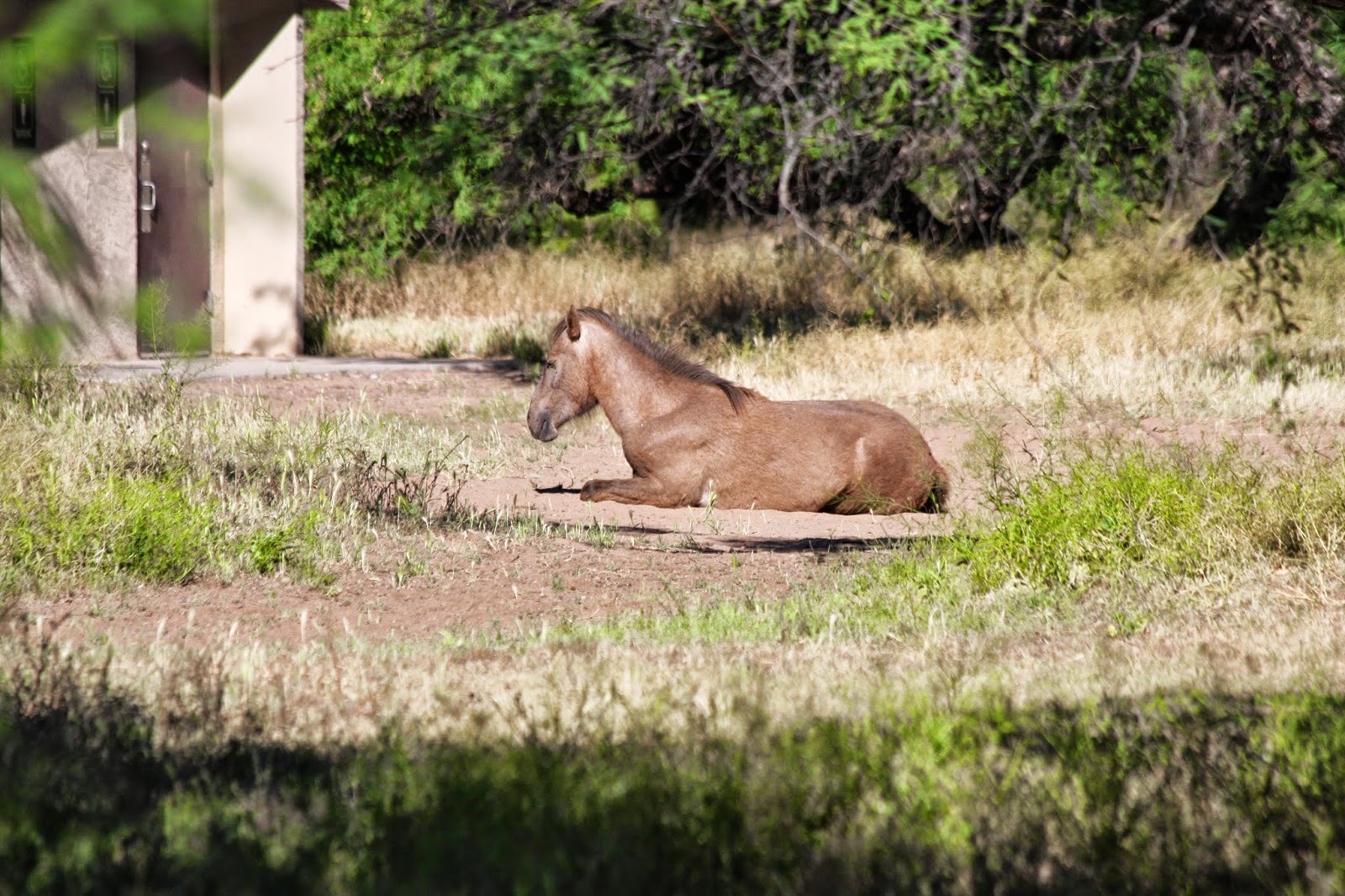 At least one of the mares looked like she was near giving birth.  At first I thought it was another stallion, but then I realized it was udders I was seeing.  hahaha.  I *think* the foal is a female, but I wouldn't swear to it.  It still has the umbillical stump, which could be mistaken for male genitalia.  The guy who told me they were there kept calling it a colt, but again with the umbillical stump, he could've confused it for a boy.  Hard to say.


Anyway, thank you to Larry M from "Dakota Territory" for telling me where to find them.