Food Truck Friday has a much better ring to it, but the trucks come to my office building on Wednesdays.  They used to come on Fridays to the complex across the street, but usually there's some sort of food truck vendor faire going on somewhere and they all gather there for eats.  They certainly make a lot more money than they do at my building because we are rarely told when they'll be here.  I work on the 3rd floor and my office area overlooks the area where they park so it's just a matter of looking outside to see who's here.  When we do get emails about it, they're not always accurate.  Two weeks in a row we were told the names of the two trucks that were supposed to be here and only one of them would show up.  Oh well. 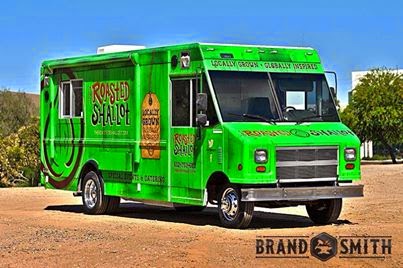 I had looked online at their menu and had in mind three different things I would like to try.  Also, the website states they only have 5 or 6 items at any given time so I wanted to make sure I had options.  I ended up getting a sandwich called Schreiners Ball Park Grilled Cheese.  They claim it's a hybrid of grilled cheese and a hot dog.  It was one of my options from the website so...It's a hot dog with Tillamook Cheddar, ketchup, mustard (I asked for that to be left off),  and truck-made pickles on grilled sourdough bread.  The menu board mentioned another kind of cheese and maybe one other ingredient, but it still looked pretty good based on the list.  Here's what it looks like... 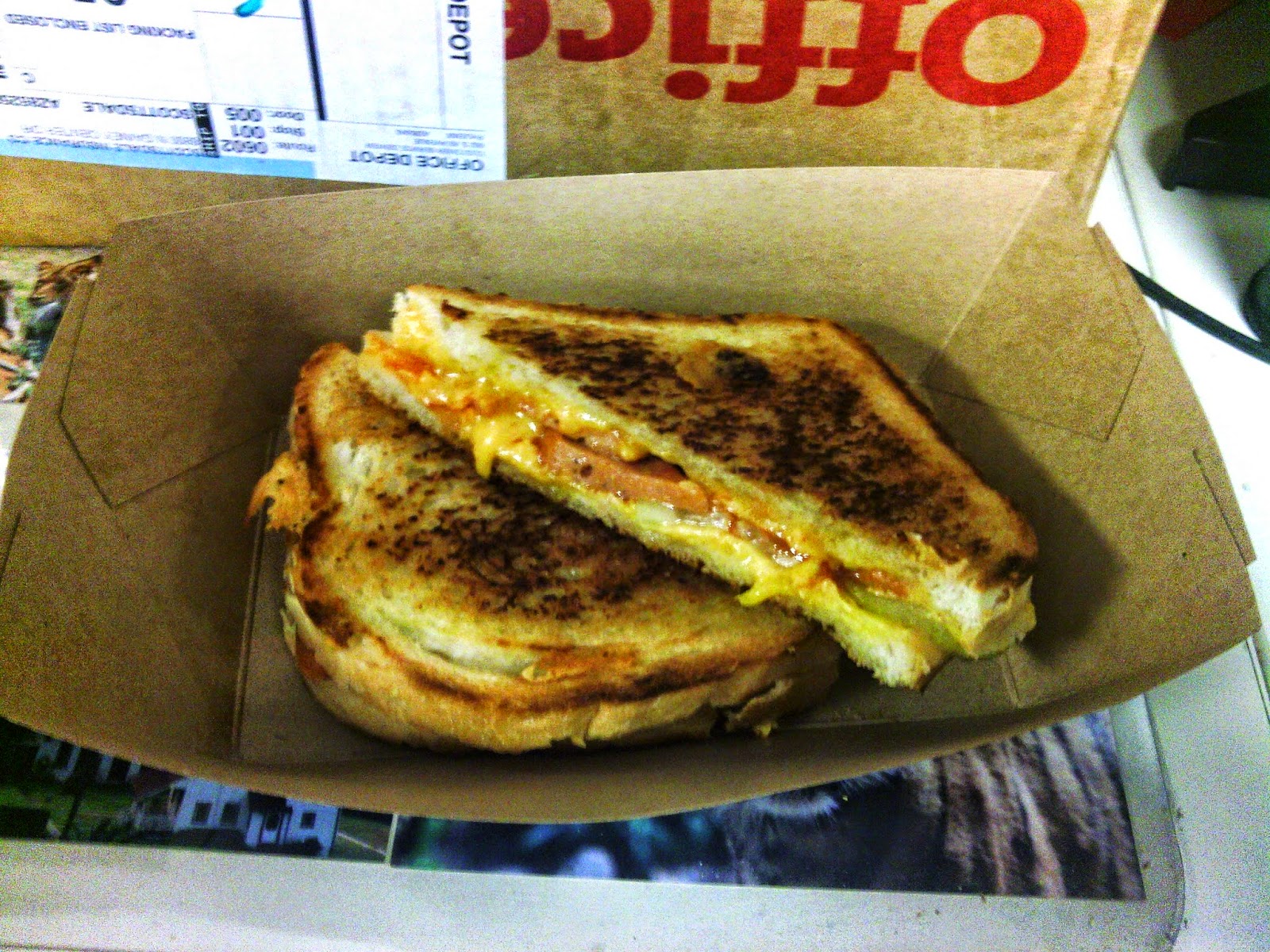 I had such high hopes for it.  I love grilled cheese and I like hot dogs so what wouldn't there be to like about this?  After the first bite, though, I don't really like it.  I can't place what it is I don't like, but I'm thinking it's the cheese.  I just tried a second bite and it's a little bit better so I'll give it a 3rd chance and I'll let you know at the end of this post what my final opinion is on it.

So, yesterday Breyer FINALLY released the pictures and prices of the One Day Ticket Stablemates for Breyerfest and we finally get to see a tie-in with the Silver Anniversary theme!  Yay!  Last year I only bought two of the Stablemates because the other two molds didn't interest me.  With this year's, I only collect one of them, but I will get the entire set because I think the paint designs they used are pretty cool.  It would've been nice if they'd had new molds again this year, but I shouldn't be greedy.   These pictures are all from the Breyer website
Some people have "complained" that Sterling is too plain-looking, but I like him just fine the way he is.  I think the solid color suits him.  Of course, none of them hold a candle the the Standing Stock Horse Stallion.  He is definitely my favorite
﻿﻿﻿ ﻿﻿﻿ He's the only one of the four I actively collect and I've got a pretty good conga going on of him so I must keep it up.  hahaha.  I already have someone who is willing to pick the entire set up for me and we negotiated a price.  I believe I mentioned recently about concerns over that, but I needn't have worried.  Also, she is willing to pick up my Celebration Model and send him along plus, if my Special Run time works with her schedule, she'll pick me up a Bonne Fete and call or text me when she finds out what the Pop the Cork surprise model is and I'll either tell her to get me one or have her get the bear mom and cub set.  I wouldn't mind a couple of other things, but I don't want to go overboard money-wise or taking up too much of her time.  She's already doing me a favor by sending me the Celebration Model (I'll pay extra for the additional shipping, of course).

Today has been an eventful Wednesday.  It started out with us coming to work and finding out there was no water to the building.  So people started thinking about the closest place to use a rest room and were told the water was out in the whole area so the convenience store up the road was out.  Well, my office has their main building up the road about a mile, but it's on city water since the building I work in is on an Indian reservation and wouldn't be affected.  Well, then the fire alarm went off.  We just had a fire drill two weeks ago so we were confused why we were having another.  While we were outside, we were told the fire department had to come and clear us to go back inside, but a minute or two later we were told we could go back in.  So we were all filing back in and I mentioned I was getting ready to make a trip to Gainey.  A manager heard me and said there was a van 'over there' getting ready to go and I could go with it, but then someone else told us the water was back on.  Apparently, the two were related.  When the water came back on it caused a surge into the sprinkler system which set off the alarm.  Good thing the building wasn't really on fire since there aren't any fire hydrants around and I don't think the SRFD has enough water on their trucks to put out a fire in a large, 3 story building.  SFD has tanker trucks, but they're a minimum of 3 miles away, at the regional airport and further north where there's potential for brush fires.  Anyway, the water was back on and it was back to work.  I can do without that kind of excitement, I tell you what.

Before I give the final report on the grilled cheese sandwich, I want to welcome my newest follower.  I was so happy when I saw my number had gone up by one.  I hope you find my blog interesting enough to stay.  :)

Okay.  Well.  The sandwich?  Never got a third bite and is now in the garbage.  It had a weird after-taste and is making my tummy feel oogie.  No fun.  I hate wasting good money on bad food.

Have a great Wednesday, everyone!