So...yesterday I got home from work and took care of a few things then went to grab my iPad Mini before going into the living room to join my mom.  Usually I leave it on the table, in the middle and out of reach of the dogs.  Or so I thought.  My mom told me the dogs had gotten a hold of my Cat Fancy magazine and tore it to shreds.  I had already read it so it didn't bother me.  But then I couldn't find my iPad.  I looked on the table, the breakfast bar and everywhere in my room it would be, but nothing so I went into the living room and my mom and I were talking.  She suggested I check my brother's room.  I said I hoped it wouldn't be in there because it's not something he should feel free to just take and use whenever he wants.  And certainly not in his room.  After more talking about the dogs and the magazine, I decided maybe I should check outside because my iPad had been on top of the magazine.  We have a HUGE backyard (big enough for a horse except for the fact that it's two 'levels' and wouldn't be safe for one) so I decided to start closest to the house then work my way down towards the back fence.  I didn't get very far before I noticed something black in the grass up against the house so I went over and...yup.  There it was...minus the cover/case 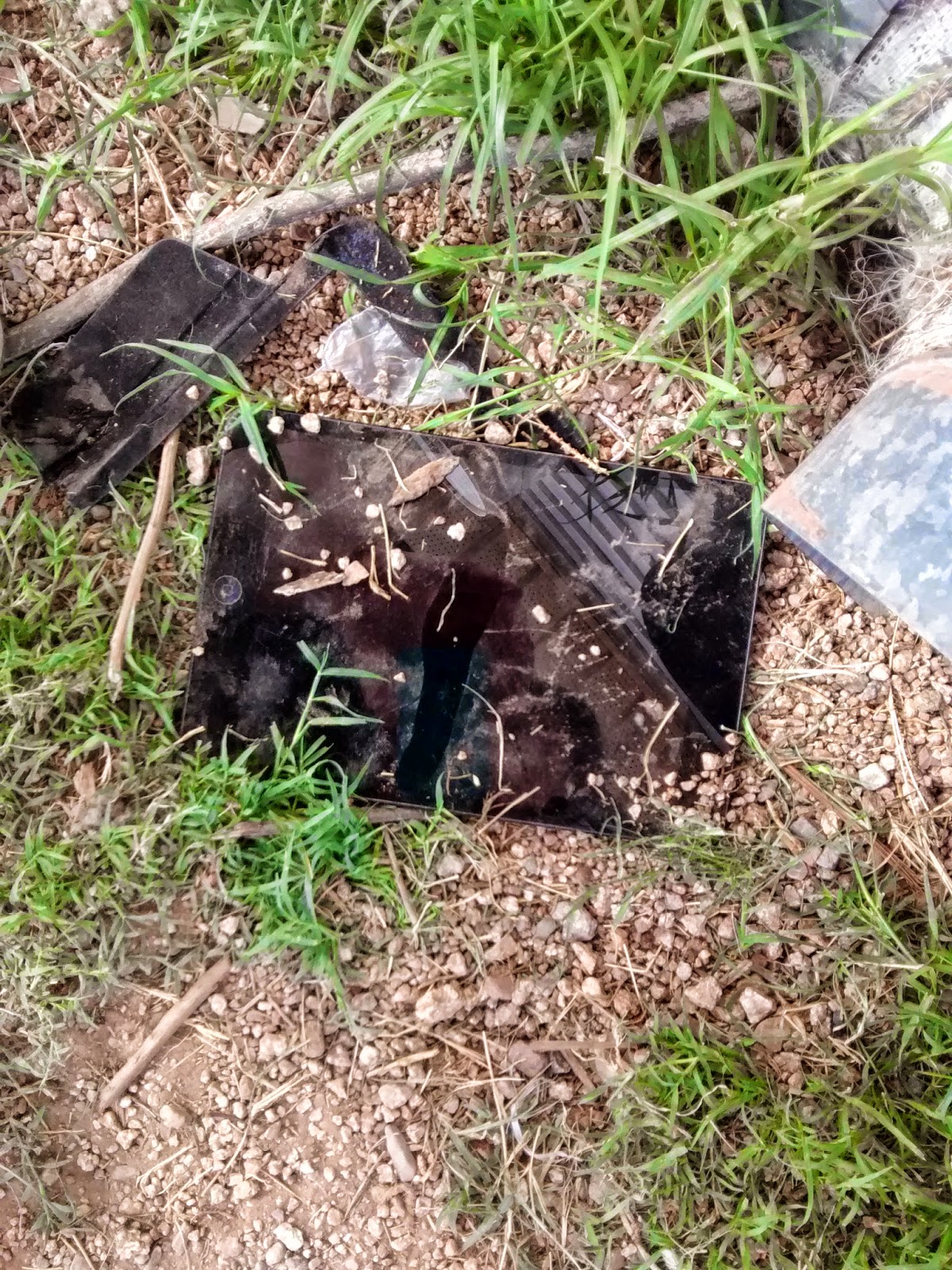 The scrap of black in the upper lefthand corner is what's left of the case.  So I picked it up and took it inside.  The glass wasn't damaged so I turned it on and got this... 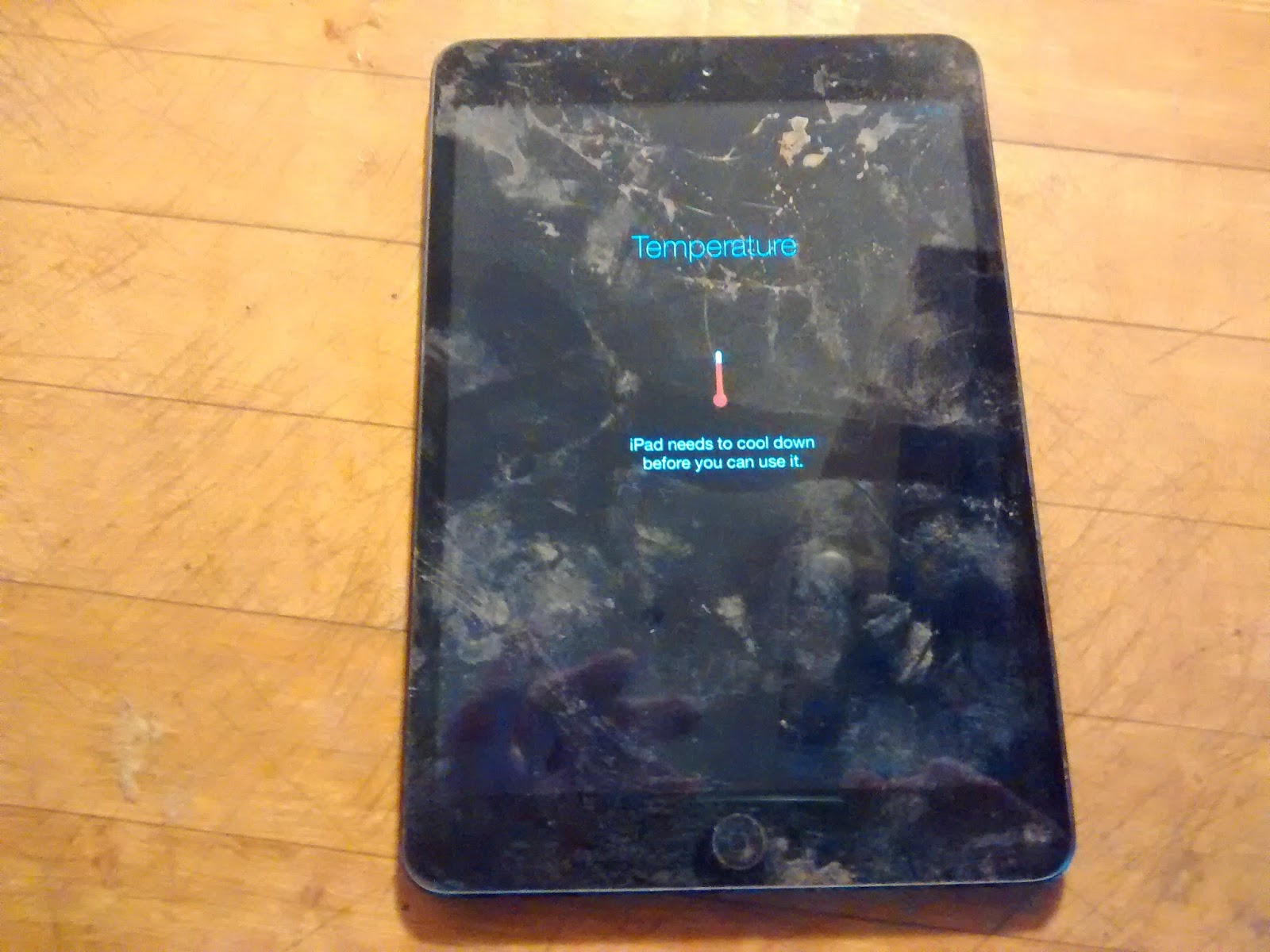 Because it had been sitting outside for several hours it was too hot to work so I took it into the living room and a few minutes later tried again. 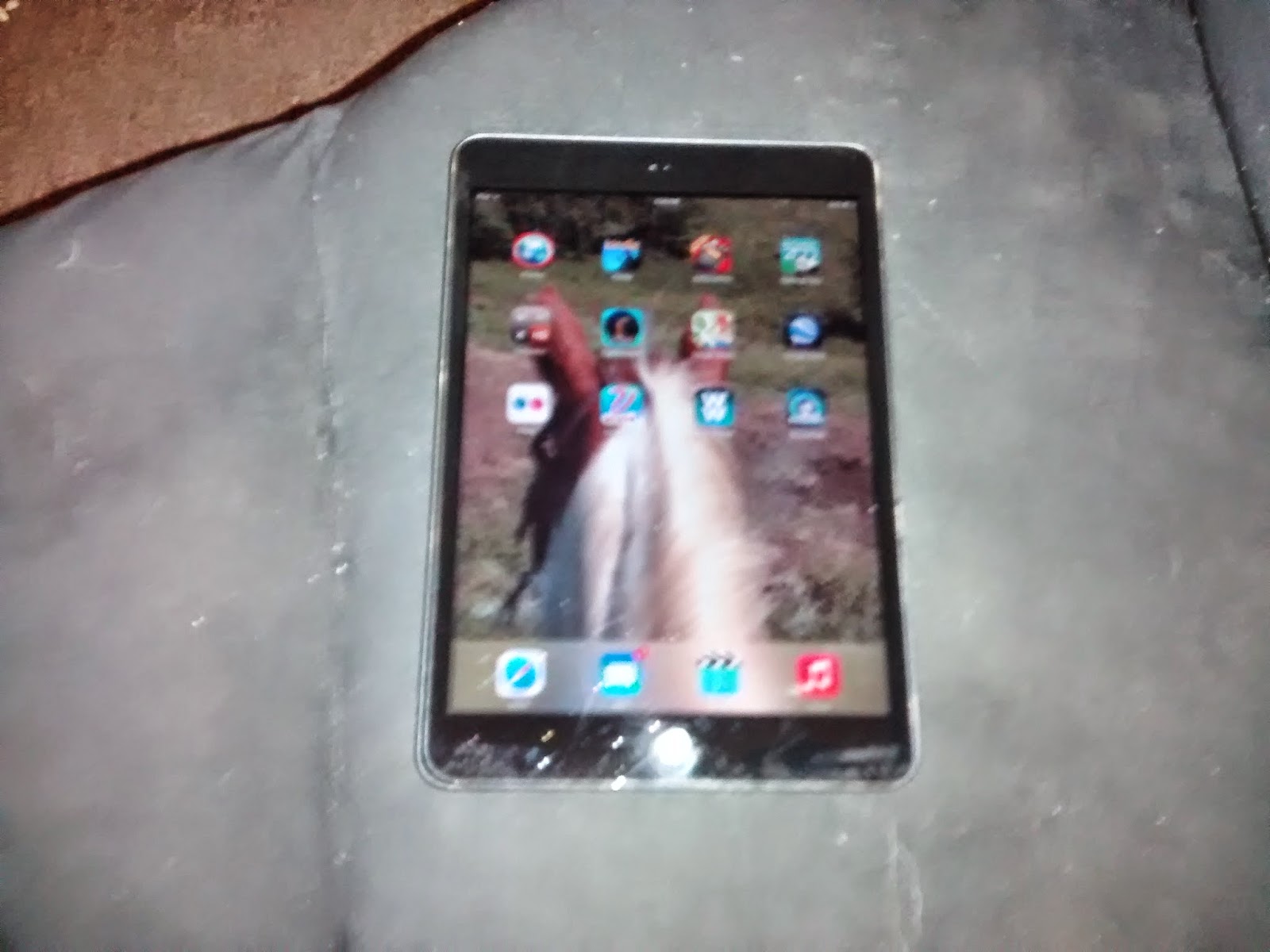 HURRAY!  (sorry the picture is blurry).  It appears to have suffered no ill-affects from its time outside, which is a huge relief.  If it had been damaged, it would've been awhile before I could replace it since I have higher priorities for my money at the moment.  I'm just glad it's okay, though, and I'll now be more careful where I leave it.  I really didn't think they could reach it on the table where it had been, but likely they grabbed the magazine and since my iPad was on top of it, that fell on the floor, too.  I don't blame the dogs for chewing up the case because I was the one who'd left it on the table.  After all, who can be mad at these "little" mutts? 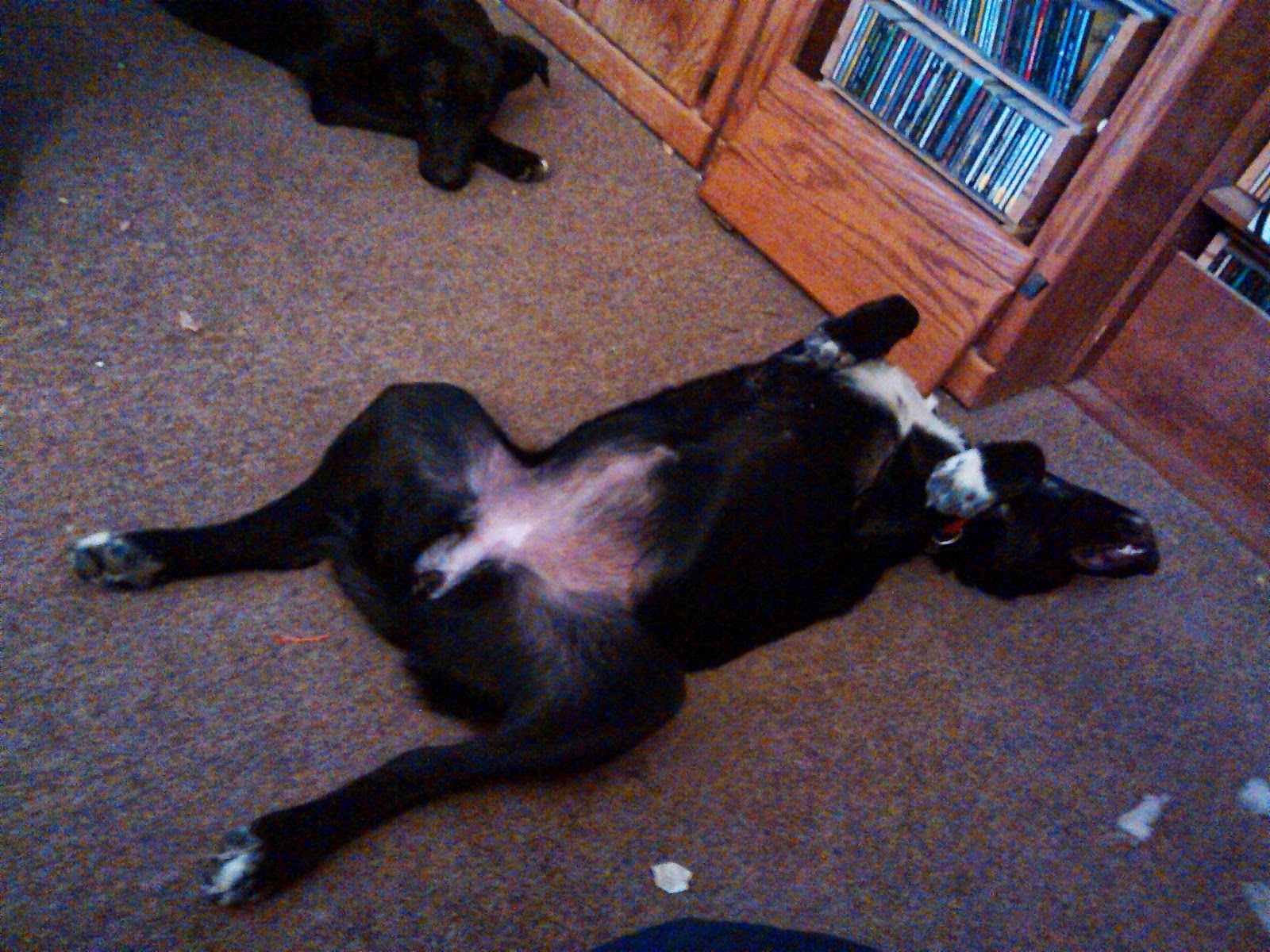 The tufts of white in the lower right hand corner of the image is the stuffing from another toy they've destroyed.  They really need to make toys that puppies can't destroy.

Well, we went live with our new system at work on Monday and things have been going pretty well, but today we come in and about 15 minutes into our shift it crashed.  It had been slow, but then it stopped entirely.  In our old system, if something went down we had other work that we could complete while we waited for it to be fixed, but with this new system, we pretty much can't do anything.

The Platinum Star from Breyerfest that I bought off eBay over the weekend is supposed to be here today.  I'm excited.  It's supposed to be an unopened package so the seller has no idea if the model is one of the silver ones or not.  I've already decided that if it is, I'm going to put it up for offers.  There's some people out there willing to pay a tidy sum for one of the silver editions.  If it's the regular one, though, I'll keep it.

I guess that's it for now.  Have a fun Thursday!