Around here, you quickly learn not to believe much in what the weatherman on the news says about the weather. They will tell you the high temperature of the day will only be 55 but it ends up reaching almost 70. They tell you there's a 20% chance of rain and it's already pouring down. They say there's a huge dust storm moving into the valley but nothing ever materializes. In this particular case, it was the opposite. There was no mention during the evening news about any sort of dust storm, but shortly after 6pm my phone made a horrible racket...it was a weather service alert to notify me of a severe dust storm warning until 8pm. Oddly enough, I didn't remember signing up for the alerts and I wasn't  even connected to the internet when I got it. No matter.  A look out the window showed no evidence of a dust storm barreling down on us.  A short while later there was another alert saying the warning had been extended to 9pm.  Yeah sure.

At 7:15 I went into my room and the wind had picked up some.  My mom was watching the news in her room and one of the stations had people out in the field and where they were it was raining and there was some dust, but still nothing in my area.  On my scanner, the police reported zero visibility at a location about 2 miles away, but still nothing in my area.  I kept looking out my window, which faces north (the storm was coming from the south), and while it had gotten a little darker it was still nothing major.  Then, in the span of only a couple of minutes, I looked out again and it was super dark.  I could barely see the small tree-like shrub right outside nor could I see the Saguaro Cactus five feet away.  It was pretty crazy.  We got some rain, too, but I couldn't see or hear it.

When all was said and done, there was a pretty big storm that knocked out power to a lot of people, but while our lights flickered a couple of times, it didn't go out.  Several pre-4th of July celebrations had to be canceled and Sky Harbor had to ground both outbound and inbound flights for awhile.  It was too dark for me to go out and get any pictures so these ones come from azfamily.com/ 3tv news.  We are supposed to have a repeat performance today and the sky to the south is looking a little grey and dusty.    Channel 3 is getting a lot of grief for allowing their field crew to be out in that weather. 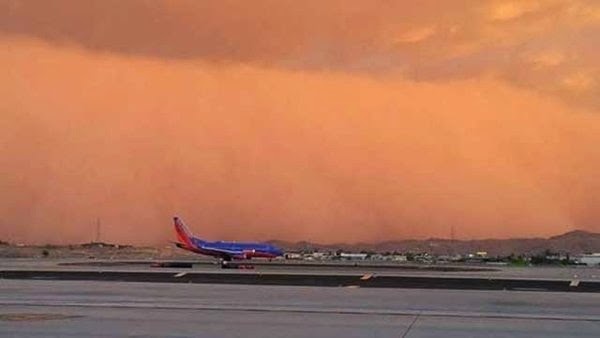 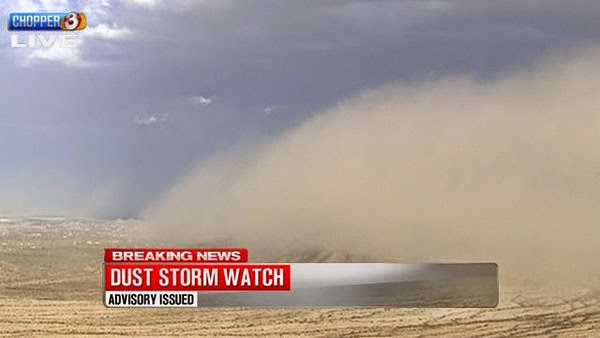 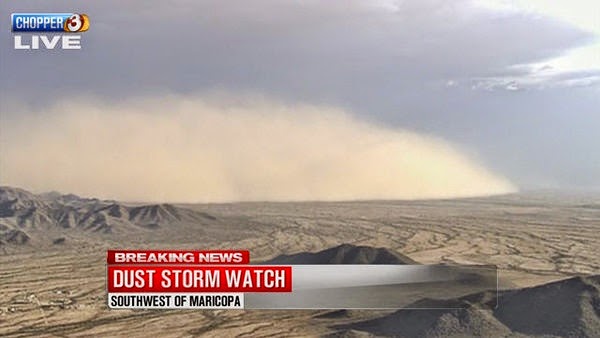 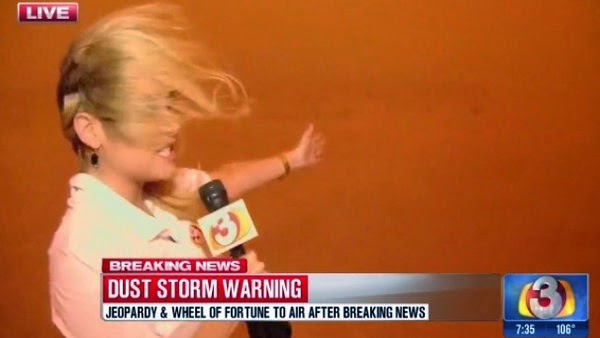 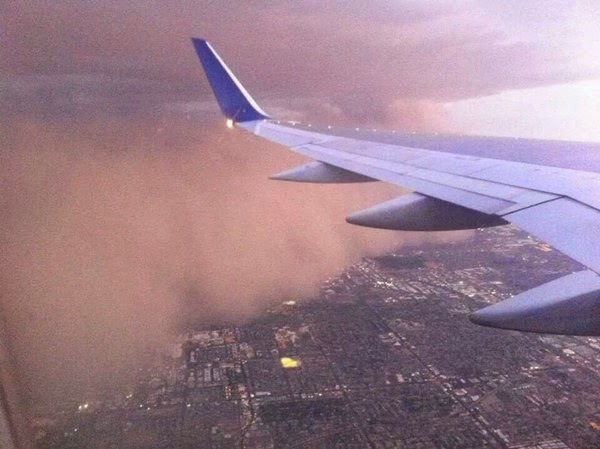 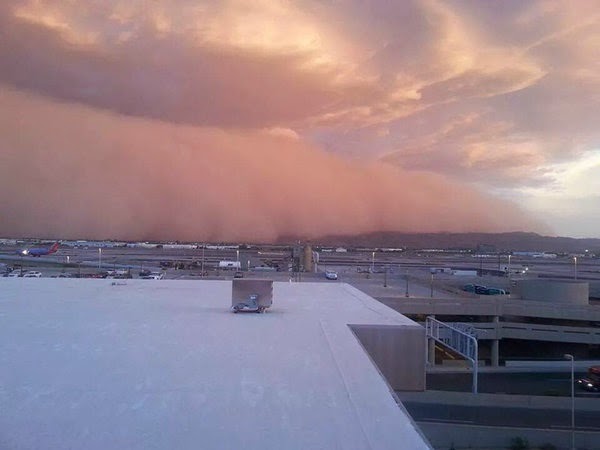 We don't know, yet, if the dogs will be afraid of thunder, but they had no problem with the dust, lightning and rain because they wanted to be outside playing in it.