Ok.  So.  I took these pictures during my last horse hunting expedition back on June 12th.  It's definitely too hot to be out there looking for them when I don't have air conditioning in my car, even if I go early in the morning like I always do.  I can't wait for it to start to cool down so I can resume my trips.  What I really need to do, though, is get a new car.  One with a/c.  I think I'm going to look into that through CarMax next week.  I was on their website last night and found a couple of vehicles I like.  One of them even has satellite radio capability, which is cool.  So I'll keep you updated on that.

So, on this particular trip, I didn't see any wild horses as I mentioned in another post when I saw the roadrunner and the horse transport.   As I've said before, I don't always see them and I think it makes me appreciate them more when I do, but sometimes I really wish I'd see them every time.  Even if they weren't someplace where I could take a picture, just seeing them is exciting.  But since I didn't see any wild ones, I decided to stalk domestic ones.  My usual spots didn't net any ones that were very photograph-able so I tried some different roads and found a few. 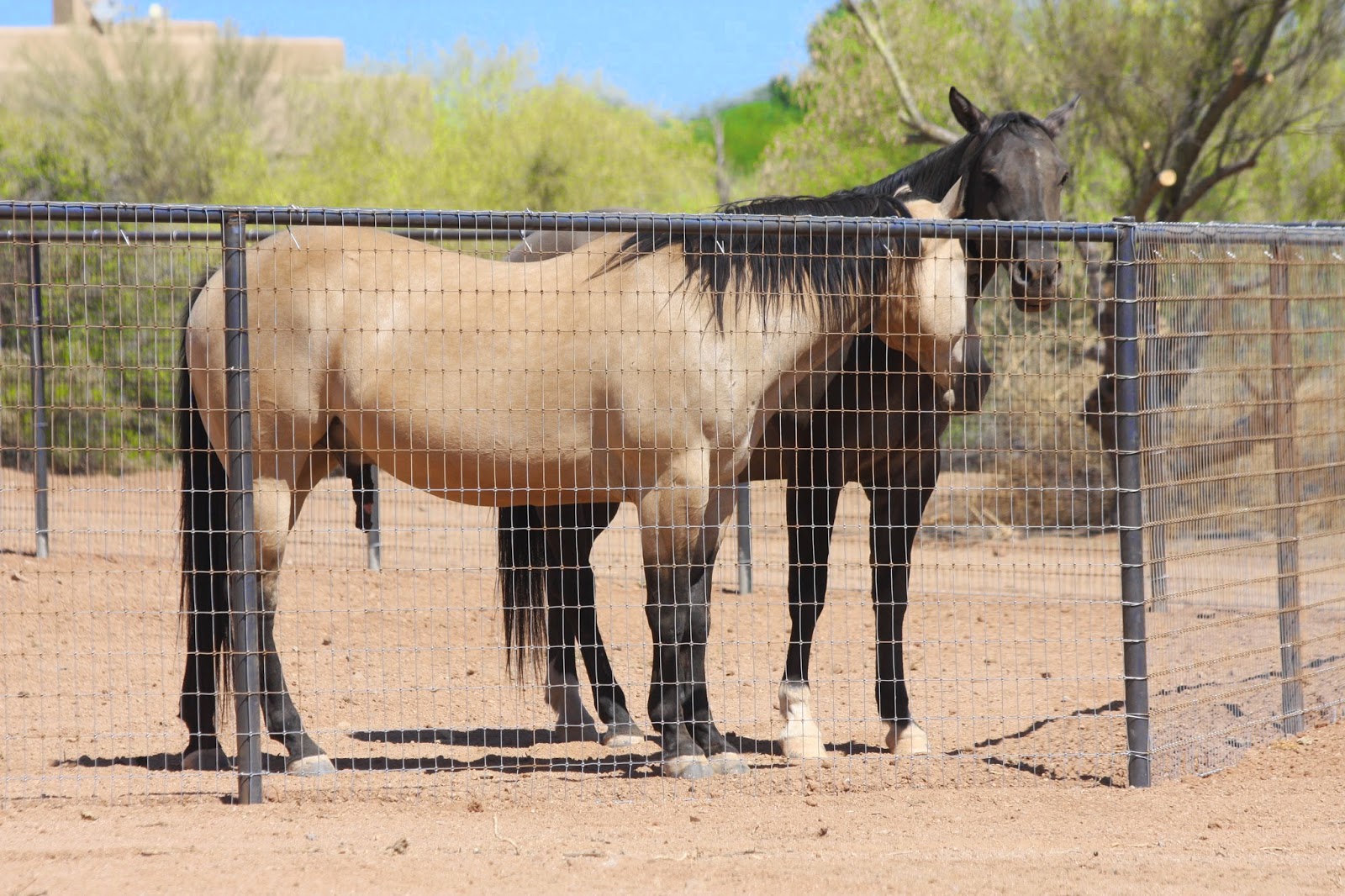 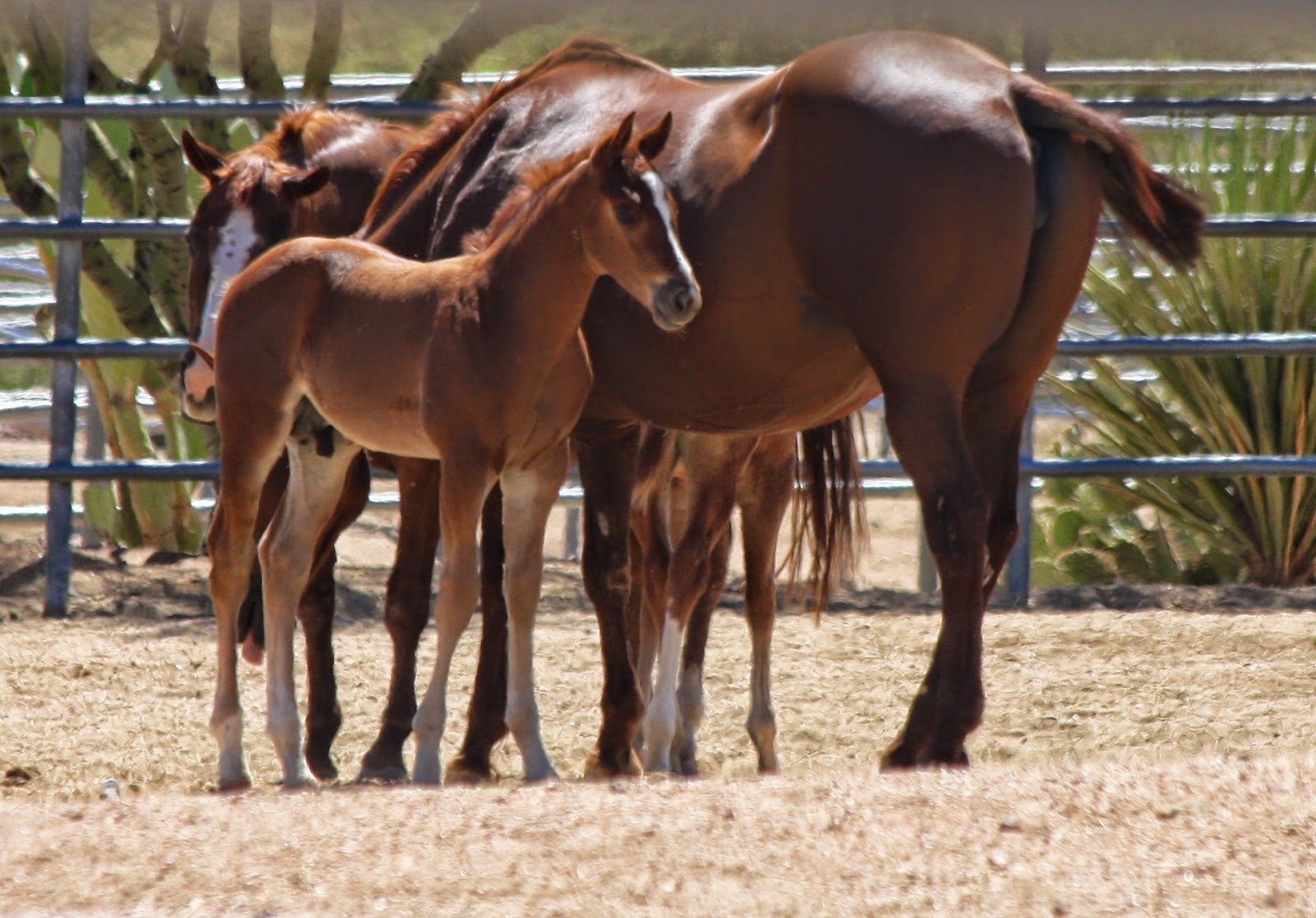 This horse was with 2 others and was the first time I'd seen what could only be described as a "backyard pet".  There was the house and the fenced yard and that was it.  The horses were using the house for shade, which was kind of sad.  There was also a wheelbarrow they seemed to be eating out of.  Not sure I liked the whole thing, but what can you do.  They obviously were being fed and taken care of because this one is pretty well fed-looking.  hahaha 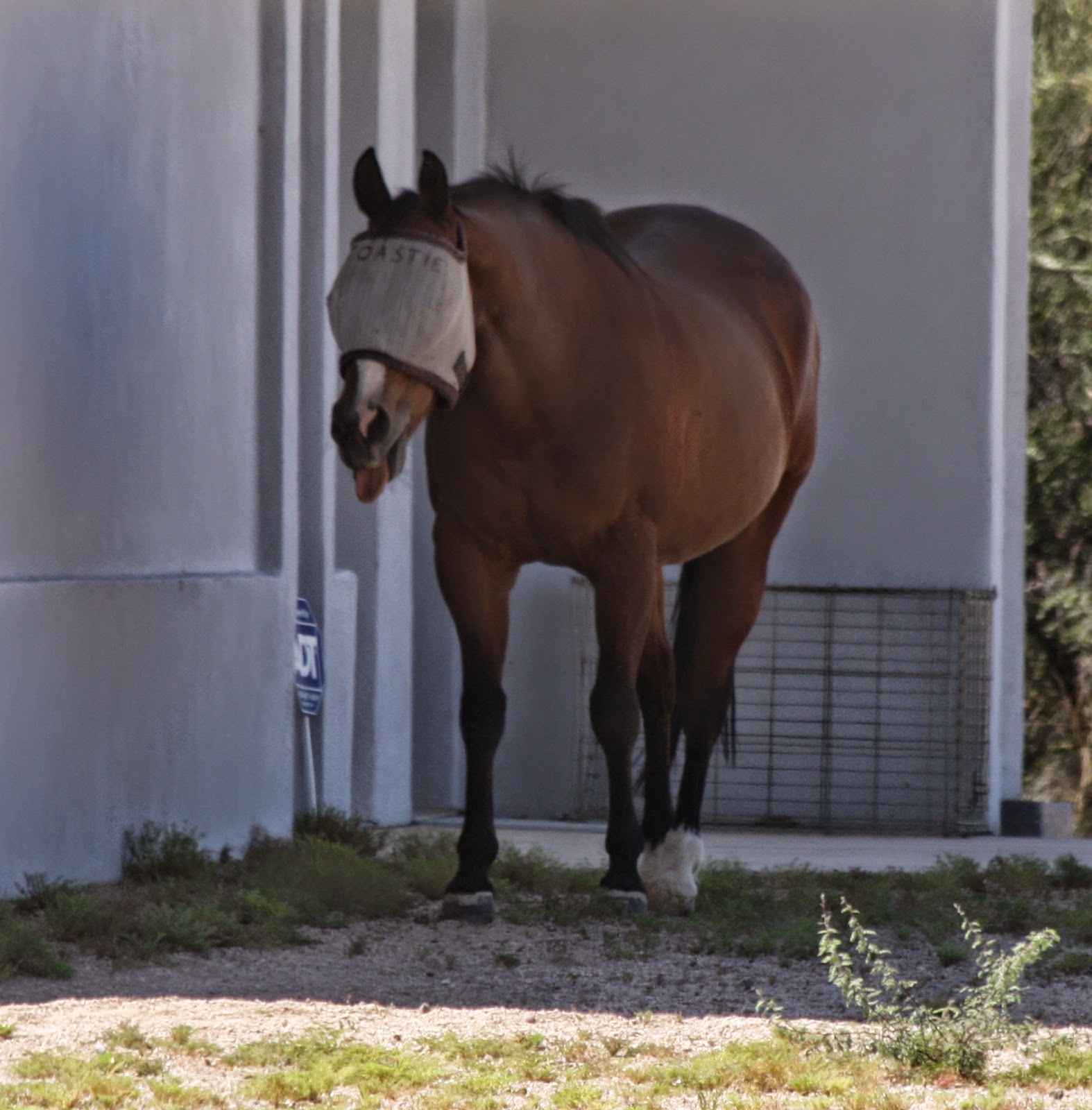 I also saw some other wildlife.  A squirrel and some quail 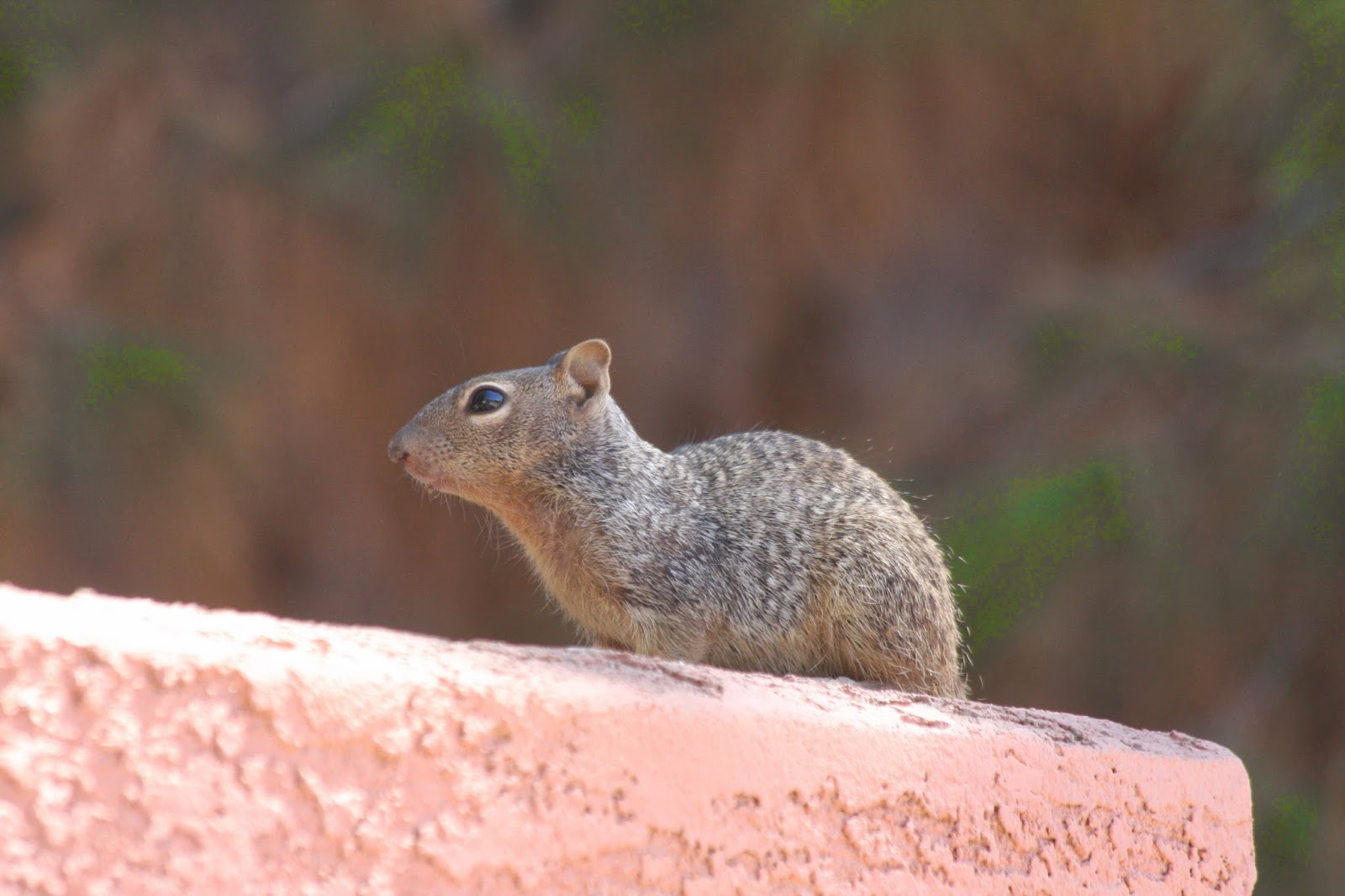 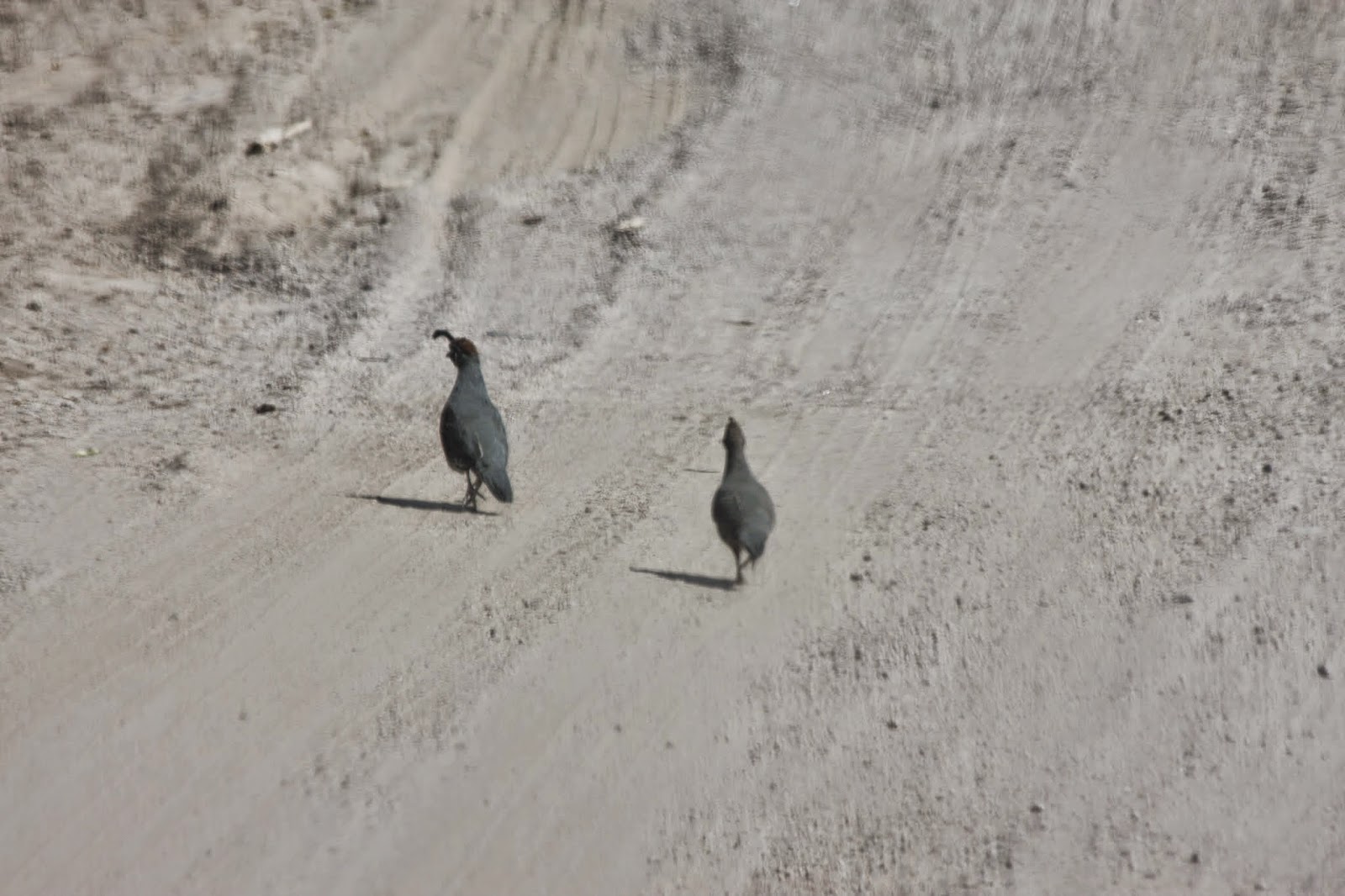 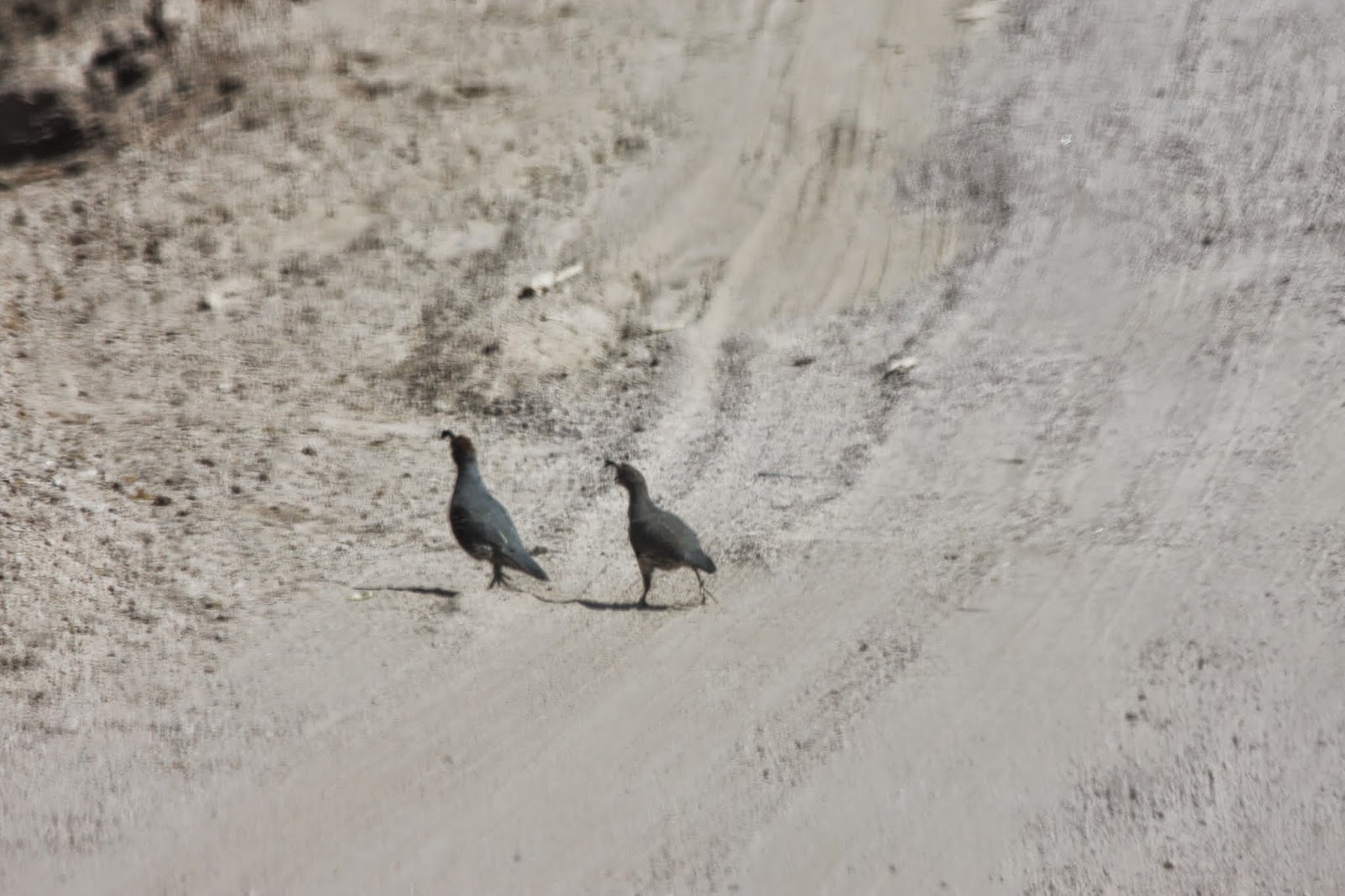 I see Quail all the time around my house, but it's always neat to see them running around in different areas.  Quail are neat birds.

One one road I was driving down, I had to stop and turn around because there was an equestrian gate and there was no way my car was going to make it through.  Plus, one of the signs says 'no motor vehicles' 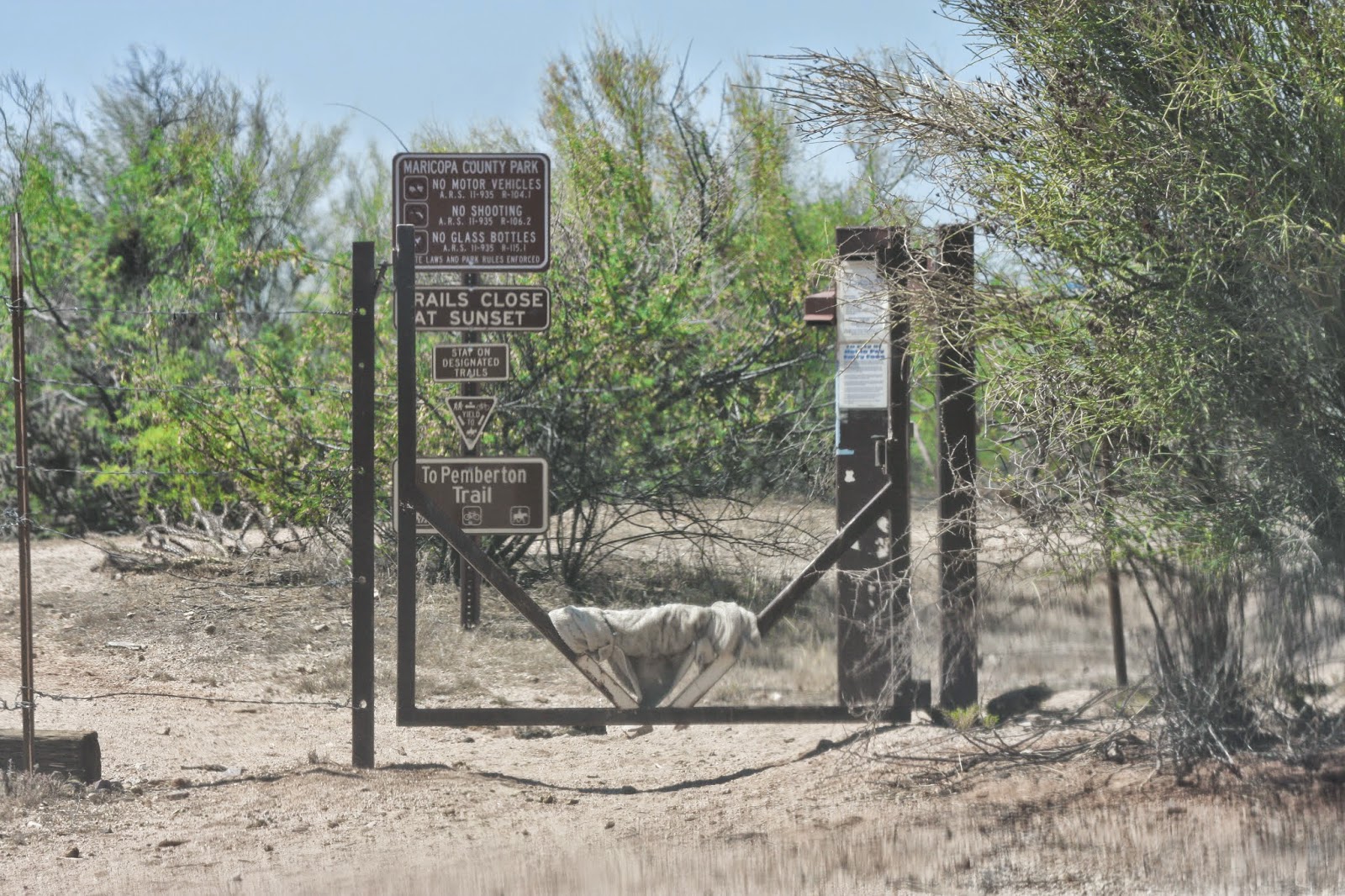 I didn't know there were riding trails on the south side of Rio Verde Dr so it was a pleasant surprise and I'm glad the horse owners on that side of the road have places they can ride without having to cross Rio Verde to get to the trails on the north side.

I also have a couple of more pictures of the horse transport.  This first one was taken just after it had stopped.  I didn't know what it was going to do so I turned down a road I've been able to photograph horses on. 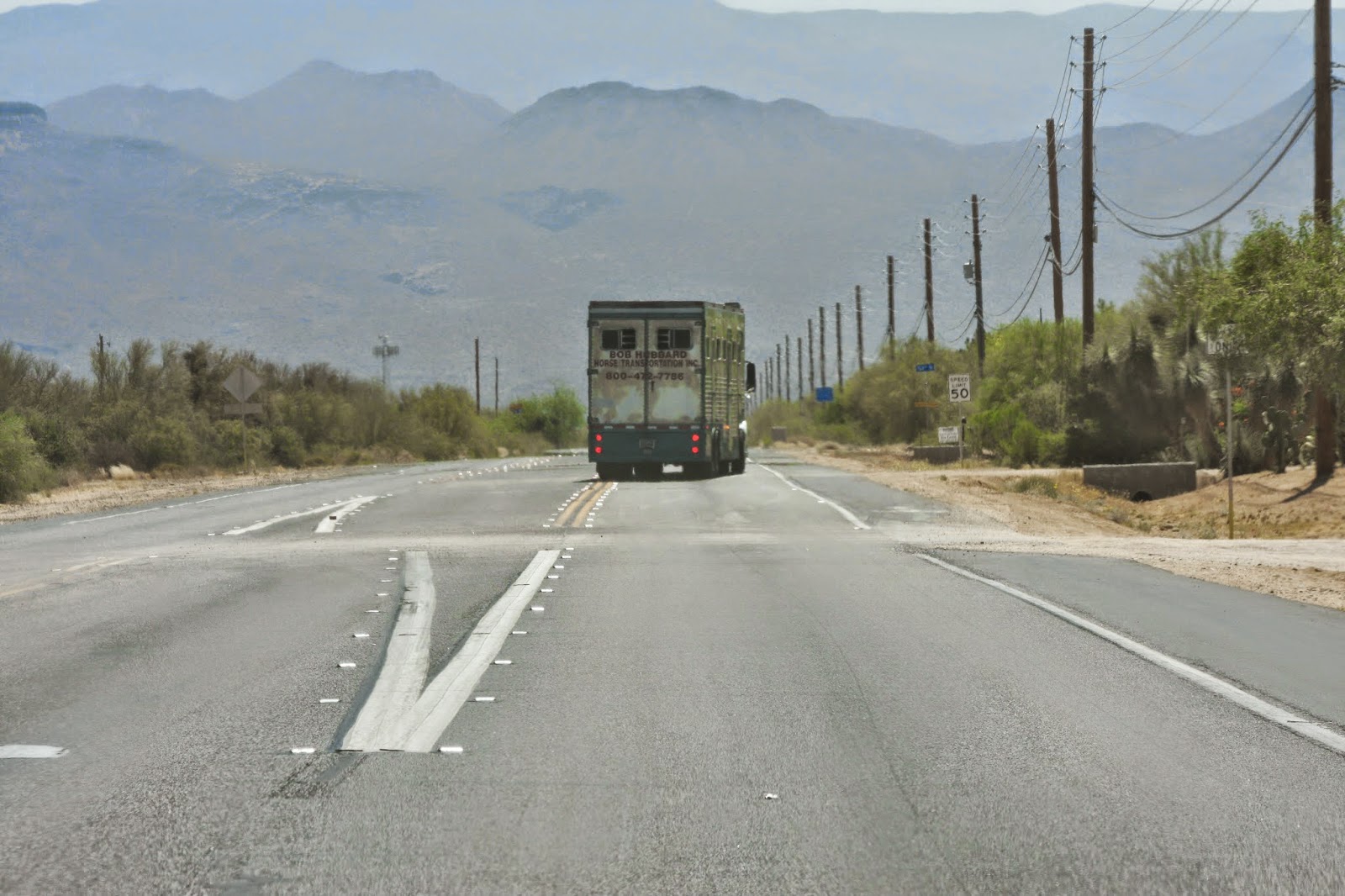 Then, as I was heading back towards the road, I saw realized it was backing up (like in the other pictures, but I didn't know where it was going yet) 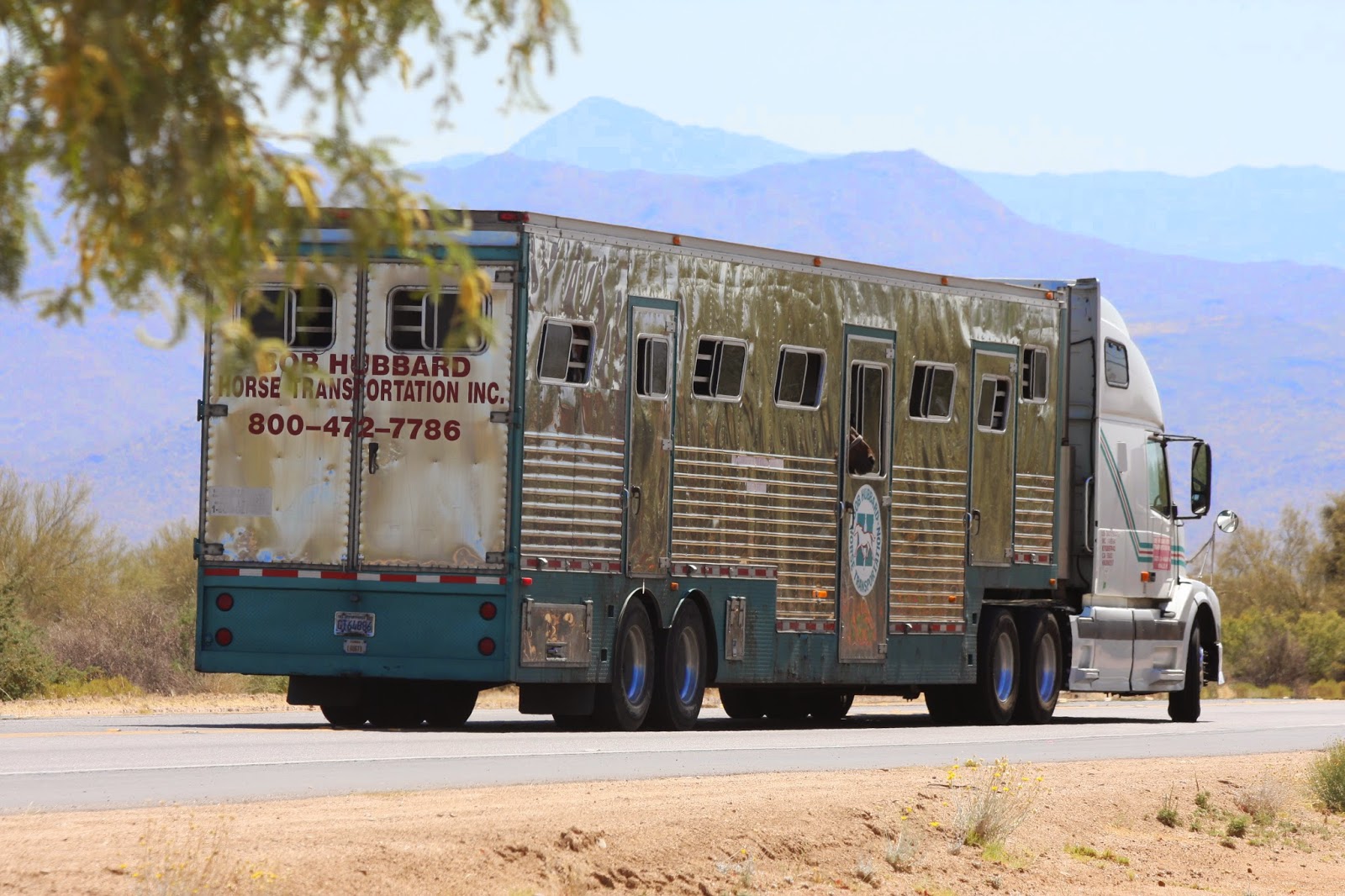 You can see an equine nose sticking out the window on the door.  I still don't know if they were delivering or picking up.  Hopefully delivering.  :)

We've been in our new work space for 2 days now.  This being the 2nd day.  It's nice having the underground parking so when I come out at 3:30 my car isn't all heated up already.  But we've been having problems.  3 of our web-based systems went down yesterday so there was little work we could do.  One of my jobs is to stop payment on checks we've issued and since the bank system is web-based, I couldn't do that.  I sent the claim reps who'd requested the stop pays an email to let them know we couldn't do them and fortunately none of them came over and gave us heck for it.  That's a drawback to the move...the claim reps are just around the corner from us and so they can come over anytime they want.  This morning the power strips on at least 4 computers failed so we got to sit around for 90 minutes and wait for new ones to be purchased and brought in.  So much for coming in an hour early to get caught up.  At least I still get paid for that hour.  I volunteered to work overtime for the rest of the week this week and by Thursday my brain will be liquified due to a messed-up sleep schedule.  That's why I don't do OT.  That and we don't work 40 hours so you have to work 1.25 hours regular time before OT kicks in and it's rarely worth it, but if I'm thinking of a new car, I'll need the extra money.  hahaha.

I guess that's it. I should get back to work.  I hope everyone is having a great Tuesday.  And if there's anybody from Canada who reads my blog...Happy Canada Day!